After Trump tweeted his trans military ban, I felt devastated. The Army is not just my career -- it is my life.

I have never been so proud as I was when I was selected to attend the Army’s elite Drill Sergeant Academy. I love the Army, and was ready for the privilege and the responsibility of training new recruits. However, I had a secret. I knew I was transgender.

As part of SPARTA, an organization that includes over 600 transgender service members, I knew I was not alone. I knew infantry soldiers, Marines, air crew, doctors, even people serving at the Pentagon who were trans like me. But would I ever be able to be my authentic self? Would I be able to wear the infamous Smokey Bear hat worn by male drill sergeants, or would I still be in a woman’s uniform? Women drill sergeants rock — but that’s just not me.

Drill Sergeant Academy challenged me mentally and physically, but I loved it. I embraced every challenge and attacked every obstacle. And I was honest with my chain of command about my trans identity. They were supportive, but we followed regulations, and I continued to meet female standards (although I met the Army standard for male soldiers). Then, one day, we were visited by Secretary of the Army Eric Fanning. The transgender policy was under discussion, so when my chain of command told him about me, he asked to meet me. He wanted to know how my fellow students reacted to me. I told him that my classmates thought it was unfair that I had to be treated as female — they wanted me to be able to graduate as male. I told him I hoped that I would be allowed to transition before my first drill assignment, that my recruits would see a drill sergeant, not a transgender drill sergeant.

“Sergeant Ochoa,” he said, “I’m confident that we’ll see a change in policy by the time you report to your unit.”

I graduated in a woman’s uniform, and headed back to Ft. Campbell to await my assignment. Eventually, I headed to Ft. Jackson. While I was waiting for my first class, in July of 2016, the Secretary of Defense announced that the policy would be changed, and that soldiers would no longer be discharged just for being transgender. I got paperwork from my medical practitioners and filed for an Exception to Policy, with the support of my chain of command, to change my gender marker immediately — and it came through. On September 16, I stood in front of the mirror and put on the male “Smokey Bear” hat. A drill sergeant looked back at me. Just a squared-away, highly motivated drill sergeant ready for duty. My heart leapt.

My new recruits were hopeless — but not really. I knew how to train them. I knew how to mold them from hapless civilians into soldiers. I’m pretty sure there were times they hated me. But when that first class graduated, several of them told me how much they appreciated my leadership. After the second cycle, a graduating recruit said this to me: “I didn’t grow up with male role models. Thank you for being a male role model for me.”

Then, last week, Trump tweeted his trans military ban. I was scheduled to re-enlist on Monday — I had no way of knowing if I would be allowed to. I felt devastated. The Army is not just my career — it is my life. I am dedicated to my military service, and I was eagerly looking forward to my next duty assignment.

Fortunately, the Chairman of the Joint Chiefs of Staff made it clear that policy hasn’t changed, at least not yet. Yesterday I was proud to raise my right hand and swear once again that I will support and defend the Constitution of the United States against all enemies, foreign and domestic. I committed four more years of my life to serving my country in the uniform of a soldier. I will live by the Soldier’s Creed: I will always place the mission first. I will never accept defeat. I am an expert and I am a professional. I am a guardian of freedom and the American way of life.

I don’t know what tomorrow holds, but I — and my fellow trans service members in SPARTA — will stand strong in service until the moment we are told to hang up our boots.

Ken Ochoa is an Army Sergeant, currently serving as a Drill Instructor at Ft. Jackson, South Carolina. He is a member of SPARTA (spartapride.org), an LGBT military organization.

For information on how to contribute a personal story or an op-ed to Forum, write editor@metroweekly.com. 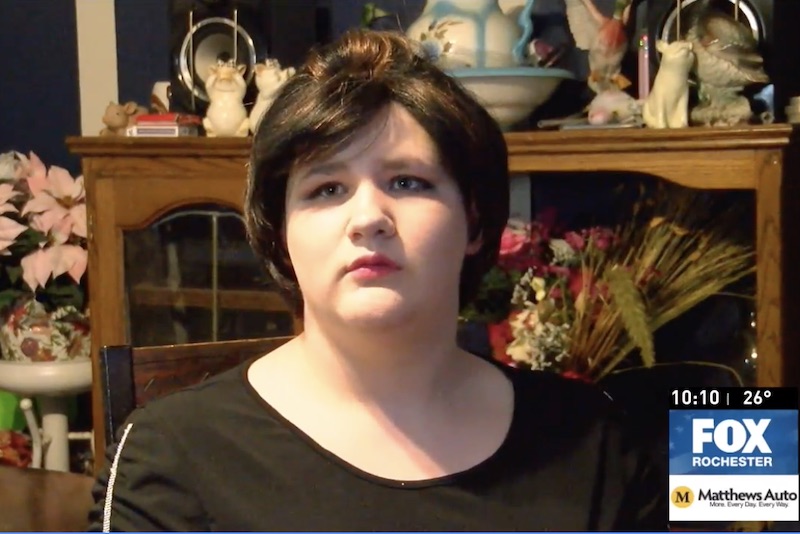