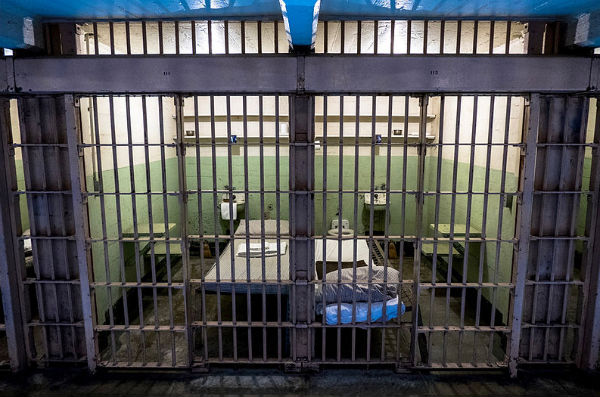 A California prison psychologist has filed a federal lawsuit against California, alleging that correctional officers at Vacaville prison retaliated against her and placed in potentially dangerous situations as payback for reporting on the mistreatment of gay and transgender inmates.

Lori Jespersen, a 41-year-old married lesbian who has worked at the Vacaville prison for the past eight years, claims the prison subjected her to a hostile work environment, illegally retaliated against her, and violated state whistleblower protections laws by punishing her after she attempted to report misconduct, the Sacramento Bee reports.

Jespersen claims that on at least two separate occasions, prison officials deliberately locked her alone, without supervision or access to safety alarm, in cells with dangerous prisoners, including a convicted rapist. Both incidents occurred after she filed reports on behalf of transgender inmates at the California Medical Facility in Vacaville, alleging that they had been mistreated by correctional officers.

Jespersen’s lawsuit also claims that another officer insulted her in a manner that was intended to provoke inmates to attack her, telling inmates: “She needs to be reminded where she’s at.”

Due to the treatment she received at work, Jespersen later took a leave of absence in June 2016. Upon returning to the prison, she was relegated to a desk job where she does not work directly with inmates, the lawsuit says.

Representatives for the corrections department and the federal program overseeing the prison health care system declined to comment on the lawsuit.

Jespersen’s lawyers tell the Bee their client wants her lawsuit to compel the California Department of Corrections and Rehabilitation to provide better protections for gay and transgender inmates, who, according to studies, are more likely to experience unwanted sexual contact in prison than the general population.

They say the psychologist wants “to fight for members of her community that are being horribly treated and abused at the CMF. For her, this is about seeing people be held accountable,” according to co-counsel Jennifer Orthwein.

Jespersen previously documented incidents in which she believed correctional officers were complicit in abusing gay and transgender inmates. She complained to prison and state officials, but believed her concerns did not receive appropriate attention.

Among other incidents, Jespersen claims that an officer failed to lock a shower door in March 2016, enabling a prisoner to rape a gay inmate. In June 2016, another officer prevented transgender inmates from attending a therapy group and insulted them, telling them: “You’re no woman…your breasts can’t give milk and you will never have a man,” and “I don’t agree with your lifestyle and I never will, and this is a men’s prison, you are not ‘she.'”

She also claims officers forced transgender inmates to strip in the open, denied them access to privacy screens, and used derogatory language to refer to them. Yet another incident involved three prison employees outing a transgender inmate by disclosing personal information on her via Facebook, referring to the woman as a “he/she” and “that thing.”

John Riley is the local news reporter for Metro Weekly. He can be reached at jriley@metroweekly.com
← Previous Story Log Cabin condemns bigotry in response to Charlottesville
Next Story → Youth minister threatens to rape NYC Council Speaker and kill gay cops