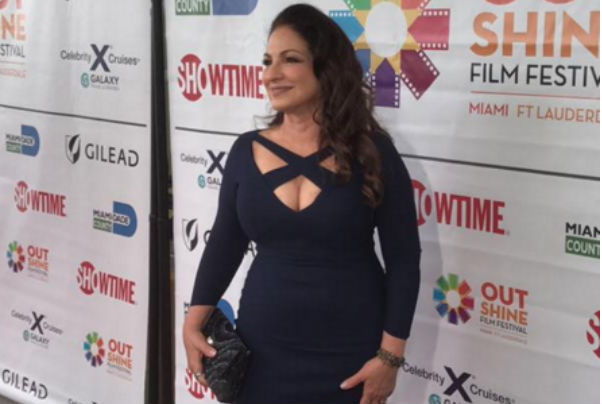 The National LGBTQ Task Force will honor singer, international superstar and producer Gloria Estefan at its annual task force gala in Miami on Saturday, Oct. 7 at the Fontainebleau Miami Beach.

Estefan will receive the organization’s National Leadership Award for her work to support LGBTQ people. She has previously partnered with the It Gets Better Project to prevent LGBTQ youth suicide, and has been a supporter of racial and economic justice, immigration equality, and marriage equality.

Estefan, along with her husband, Emilio, also produced A Change of Heart, an LGBTQ-themed movie which premiered at the OUTshine Film Festival in Miami.

“We’re so excited to recognize Gloria Estefan for her support of the LGBT community! Through her art and culture, she has influenced generations and global communities,” Josue Santiago, chair of the gala, said in a statement. “She has brought us together to celebrate life through her iconic music and support each other in moments of great difficulty.

“Her recent work, such as A Change of Heart, serves as a testament of her humble beginnings as a Cuban immigrant and as an artist who has always held her LGBTQ fan base in her heart.”

The Task Force will also honor local heroes Alberto Arias and Wood Kinnard, who will receive the 2017 Eddy McIntyre Community Service Award. The philanthropist couple has contributed to various social service, social justice, and community organizations, such as the Task Force, SAVE, Pridelines Youth Services, Gay8 Festival, and Voices of Pride: The Gay Men’s Chorus of the Palm Beaches.

Kinnard also served on the board of governors for the Human Rights Campaign, provided pro bono legal services to Legal Aid of Palm Beach in the Ryan White HIV division, and chaired the 2013 OUTshine Film Festival. Arias served as an employee, volunteer, and board member of At Care Resource, South Florida’s oldest and largest HIV/AIDS service organization.

Individual tickets cost $450 and grant holders access to an intimate cocktail reception, a gourmet three-course dinner, and the awards ceremony, as well as live music entertainment. The gala will also feature a silent auction. Proceeds from ticket sales benefit the Task Force’s various initiatives, with a portion going to local LGBTQ-focused service organizations in South Florida.

“Every day, the National LGBTQ Task Force fights the injustices happening around the country. From challenging the Texas legislature’s attempt to discriminate against trans youth to standing side by side with our allies in Charlottesville to confront white supremacists to countering the barrage of anti-LGBTQ actions coming from the current administration, every day is a fight,” Carey said in a statement. “But for one night in Miami we will step back to celebrate our community, our allies and leaders.

“We are humbled to have Gloria Estefan join us in this fight, and proud to honor such an exceptional leader and ally for the LGBTQ community at the Task Force Gala — Miami,” Carey continued. “We know the next day we will continue the fight for full freedom, justice and equality for LGBTQ people around the country and in South Florida, energized by coming together in Miami in solidarity and love.”