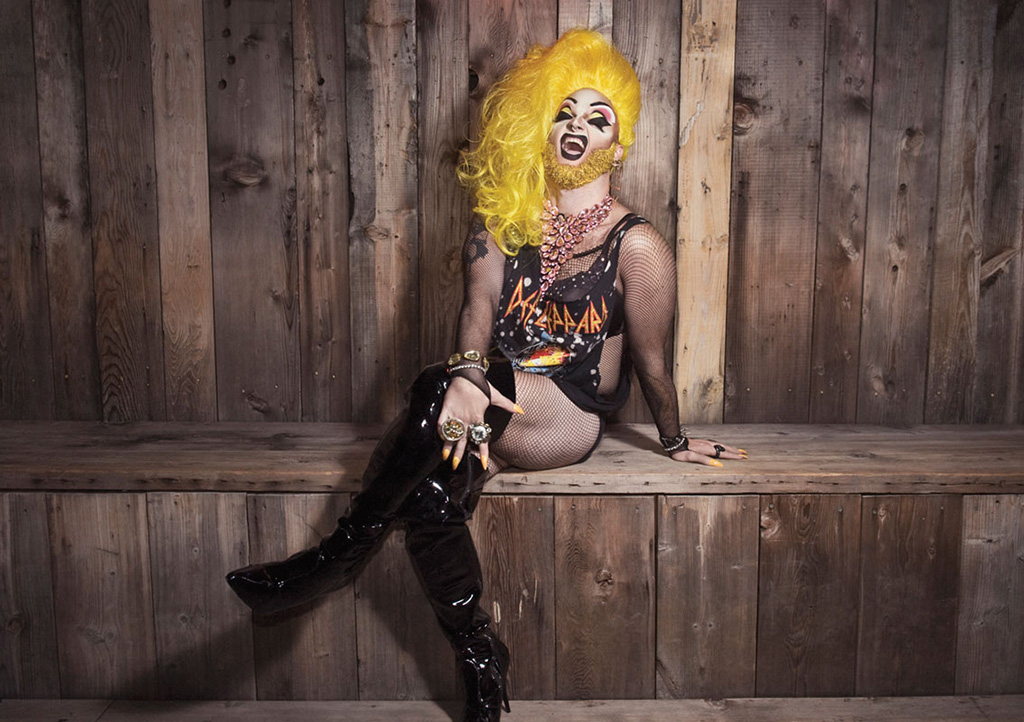 “I’d gotten to know lots of people that make their own stuff and sell it on Etsy,” muses Joshua Vogelsong. “I thought it would be fun to try and pull them all together.”

In the end, what Vogelsong pulled together isn’t your typical crafts fair or run-of-the-mill flea market. Instead, this is the Big Gay Flea: A Queer Market, to be held at Town Danceboutique on Sunday, Oct. 1.

“As far as I know, it’s the first time there’s been a queer-focused flea market like this,” says co-organizer Aaron Riggins. “A lot of the vendors are somewhere on the queer spectrum,” Vogelsong says, pointing out that the target audience is LGBTQ. “There are also a lot of genderfluid and trans kids that I just want to have a place to hang out on a Sunday afternoon and feel comfortable dressing however the hell they want.”

Vogelsong will serve as the main host via his drag alter ego Donna Slash, who also hosts Gay/Bash at Town’s sister venue Trade. “At Gay/Bash, you see a lot of young queens, their first time out in drag,” he says. “I thought it would be fun to have a market where they can shop and buy things from the older queens, kind of passing the torch in a way.”

“Flea markets are fun and just weird, and you meet all kinds of people, and learn all kinds of things,” says Ed Bailey, co-owner of Town, who is toying with the idea of selling his expansive vinyl collection. “It’s more of a social activity than anything else, so it just feels like an interestingly good fit for us to do.

“I love the idea that this is not just a flea market, but a new queer, cultural experience with performances and music, and artists selling crafts and things from within our community. That’s an exciting, different way for us to host an event, and to be part of a new generation of Washington’s LGBTQ community.”