By Doug Rule on October 26, 2017 @https://twitter.com/ruleonwriting 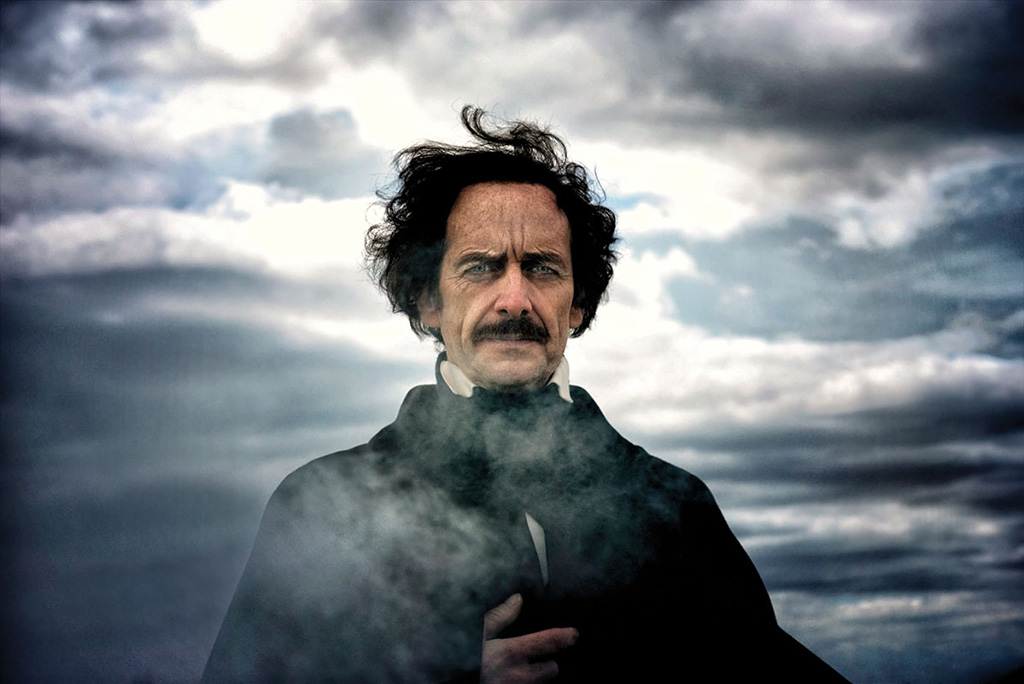 Denis O’Hare (This Is Us, American Horror Story) stars and Kathleen Turner narrates the latest PBS documentary by Eric Strange (The War That Made America).

The focus is on the famous 19th Century Baltimorean who still reigns as one of the most popular writers in American history, having helped develop the science fiction and horror genres, and also one of the most misunderstood.

Presented as part of the American Masters series, Buried Alive offers interviews with experts, readings from Poe’s works, and reenactments from his life, all to expose the real Poe, as opposed to the long prevailing misrepresentations of a drug-addled madman who was buried alive, as if ripped from the pages of his pioneering horror stories.

The film premieres nationwide Monday, Oct. 30, at 9 p.m. on PBS and will be available to stream across PBS apps or purchase on DVD starting the next day, Halloween. Visit pbs.org/americanmasters for more details.