Shirine Babb on Cleopatra, Harry Potter, and being a “powerhouse”

From Cleopatra to Potterdom, Shirine Babb's career has magic (and talent) on her side 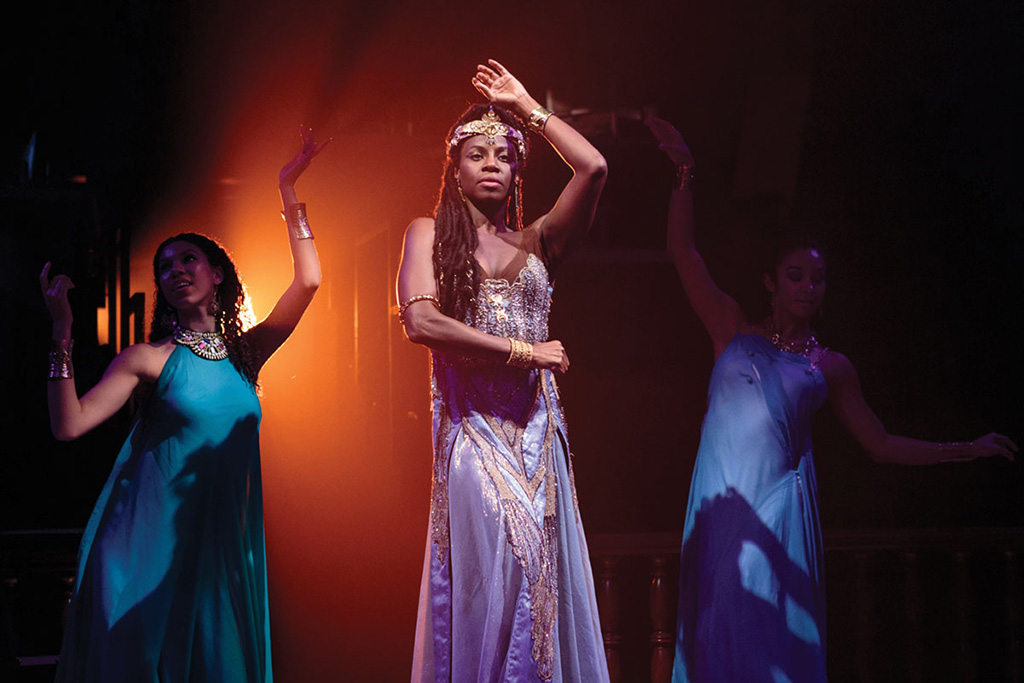 Maybe you’ve heard the news: Harry Potter will bring his magic to Broadway next year.

“It’s gonna be quite epic,” Shirine Babb says. “They’re redesigning the Lyric Theatre to specifically look [and] inhabit everything relating to Harry Potter.” Hogwarts will be brought to life in an American version of Harry Potter and the Cursed Child, the Olivier-winning two-part play from London’s West End. And it’s already off to a roaring start on the Great White Way: The Lyric’s website crashed due to overwhelming demand on the first day of registration for ticket sales.

Babb will factor into the large New York cast, which is to be led by seven actors from the original production. But she’s not allowed to spill the beans on any further details. “I can’t tell you what role I’m playing,” she says, “because they want to really focus with the British cast that’s coming in, to kind of put its stamp on the show.”

The work is set to mark a new chapter in Babb’s career. “If there was a label to place on me, I would be a classical actress,” she says. Since studying at Shakespeare’s Globe in London, Babb has become best known for her work in classics of the Bard, both in her home base of New York as well as in D.C. She’s currently the female lead in Folger Theatre’s Antony and Cleopatra, her third time playing what many consider Shakespeare’s most fully developed female character. But just as with her company debut as Portia in director Robert Richmond’s stylized and captivating Julius Caesar three years ago, Babb says to expect the unexpected, even if you think you know the sequel.

“I really want everyone to come to this with a very open mind, because our cut is in such a way that it focuses on the relationship of these two individuals and the intimacy and the love and the struggle that they have, both for love and country. And as a result of that you get to see two really human individuals, you don’t get to see your pinup version of what you think these two characters are.”

Cleopatra will have a larger-than-life quality, something unavoidable both by virtue of the historical character and the actor playing her. Anyone who’s seen Babb’s work can attest to something she constantly hears from her gay friends: “These are their words, not mine,” she stresses, “but they think I’m fierce, and that I’m a powerhouse, and that I am not one to be messed with.”