By John Riley on November 27, 2017 @JohnAndresRiley

Freddie’s Beach Bar and Signature Theatre’s artistic director Eric Schaeffer have been selected as recipients of the 2017 James B. Hunter Human Rights Award, the highest human rights honor an Arlington resident can receive.

Each year, the award recognizes individuals, community groups, nonprofit organizations, and businesses that have demonstrated a sustained commitment to human rights. The Arlington Human Rights Commission selected all five of this year’s recipients, and will present the awards at a ceremony and reception at the Arlington County Board Room on Thursday, Dec. 14.

Claire Guthrie Gastañaga, the executive director of the American Civil Liberties Union of Virginia who previously served as Chief Deputy Attorney General of the Commonwealth of Virginia, will be the keynote speaker at the awards ceremony.

“Each year, the Hunter Award shines a spotlight on some of the many people and organizations in Arlington who work every day to advance the cause of human rights in our community through their many efforts,” Arlington County Board Chair Jay Fisette said in a statement. “The dedication and compassion shown by this year’s honorees make Arlington a more welcoming and inclusive community.” 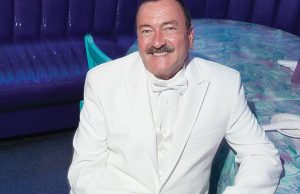 As the only exclusively gay bar in Northern Virginia, Freddie’s Beach Bar serves as a safe space for the LGBTQ community members from the Virginia suburbs. Under the guidance of its owner, Freddie Lutz, the bar has served as a meeting place for LGBTQ civic and political organizations, and has supported the community by donating its proceeds to various causes, including, most notably, Food & Friends’ “Dining Out for Life” campaign. The bar has also provided space, food and drinks for the American Cancer Society and has collected toys for the Marine Corps Toys for Tots holiday program.

“It’s a great honor to receive this award. I’m thrilled,” says Lutz, a lifelong Arlington resident. “I wish my parents were alive to see this.”

Lutz says he intended to make Freddie’s a welcoming spot for the gay community, but has been taken by surprise about how many other groups, including LGBTQ military members, the transgender community, and straight allies, have adopted Freddie’s as their home away from home.

“One of the most magical things about Freddie’s is our diversity,” he says. “I don’t know of any bar that has as diverse and accepting a clientele as we do. We’re kind of like the gay Cheers of neighborhood bars.” 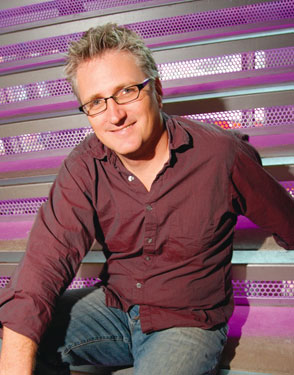 Schaeffer, a co-founder and artistic director at Signature Theatre, has held an annual fundraiser to help actors with unexpected health challenges and medical expenses. Schaeffer has also staged and commissioned plays by female playwrights and has been a leader in non-traditional casting, which has helped create opportunities for actors of color. Under his leadership, Signature has received multiple Helen Hayes awards and a Tony Award for Outstanding Regional Theater in America.

“For me, the great thing is that I knew Jim Hunter when he was on the County Board,” says Schaeffer, who has lived in Arlington since 1984. “Jim was an amazing person, and he was very supportive of the arts and of the cultural life in Arlington. That this award is named in his honor is a great thing. It’s nice to be recognized by your hometown for work that you do that they see as deserving.”

Other Hunter Award honorees include Building Bridges, an organization aimed at bridging the divide between values, cultural heritage, and economics, St. George’s Episcopal Church, a fully-inclusive church being honored for its advocacy on behalf of refugees, and Café Sazón, a local restaurant that touts itself as a welcoming place for Arlington residents regardless of their racial, ethnic, socio-economic backgrounds, particularly recent immigrants.

The James B. Hunter Human Rights Awards Reception is on Thursday, Dec. 14 from 7 to 9 p.m. at the Arlington County Board Room, 2100 Clarendon Blvd., Arlington, Va. For more information, visit arlingtonhumanrights.org.

John Riley is the local news reporter for Metro Weekly. He can be reached at jriley@metroweekly.com
← Previous Story DC Jewish Community Center to host Drag Story Hour with Mrs. Kasha Davis
Next Story → Danica Roem reads Republicans for their arguments over election losses in Virginia