The projections included other banned words such as "fetus" and "science-based," ending in "we will not be erased" 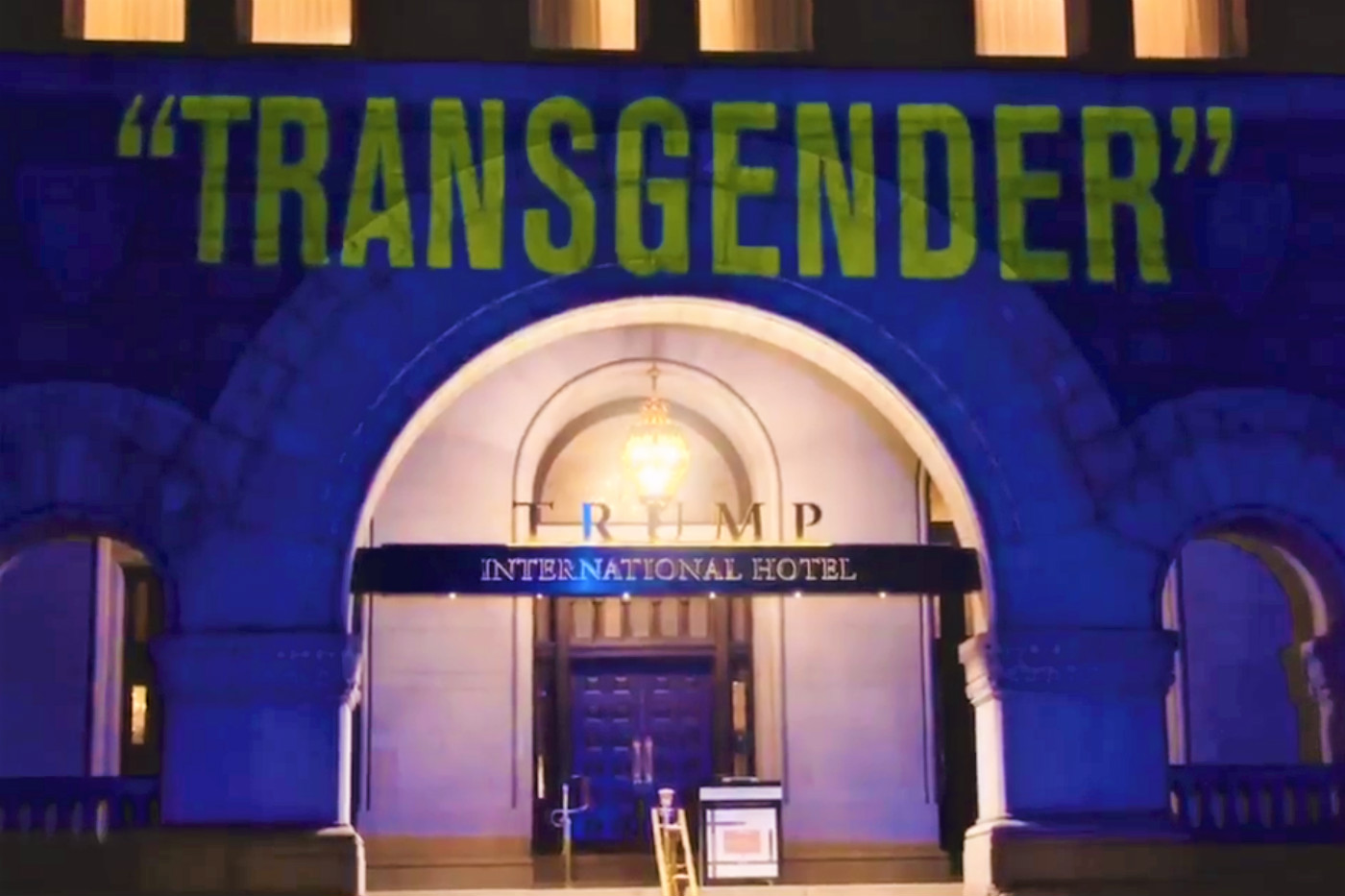 The Human Rights Campaign responded to reports that Donald Trump has banned the CDC from using certain words like “transgender” and “fetus” by projecting the words on the front of his D.C. hotel.

As part of a collaboration with artist Robin Bell, HRC projected “transgender,” “fetus,” “evidence-based,” “science-based” and the other banned words, finishing with the declaration “We will not be erased.”

HRC has also filed a Freedom of Information Act request with the Department of Health and Human Services for all records relating to the apparent list of banned words.

The more Trump & Pence try to erase us, the more determined we become. Tonight, @HRC took the words this administration wants to censor and projected them larger than life on @realDonaldTrump’s DC hotel. #CDC7words pic.twitter.com/rXwJ27KDl4

“Our message for the Trump-Pence Administration is this: you cannot erase us. We will meet attacks on our community with a resolve to be louder and more visible than ever before,” David Stacy, HRC’s Director of Government Affairs, said in a statement. “Furthermore, the American public deserves to know the degree to which the Trump-Pence Administration has interfered with the life-saving work of the CDC. It was not long ago that the government tried to ignore the reality of the HIV and AIDS crisis to the detriment of millions.

“This kind of erasure has potentially catastrophic consequences beyond the words used by the CDC — it could impact the very programs most vital to the health of transgender people, women, youth and others.”

The Washington Post broke the story of the banned words last week, which apparently cannot be used in any official budget documents moving forward.

Reaction from officials at the meeting allegedly included “Are you serious?” and “Are you kidding?”

CDC Director Dr. Brenda Fitzgerald responded to outrage from LGBTQ and women’s rights organizations by issuing a series of tweets stating that there are “no banned words at CDC.”