Home / Arts + Entertainment / Stage / Review: “An American in Paris” at the Kennedy Center

Review: “An American in Paris” at the Kennedy Center

An American in Paris stumbles on the stairway to paradise 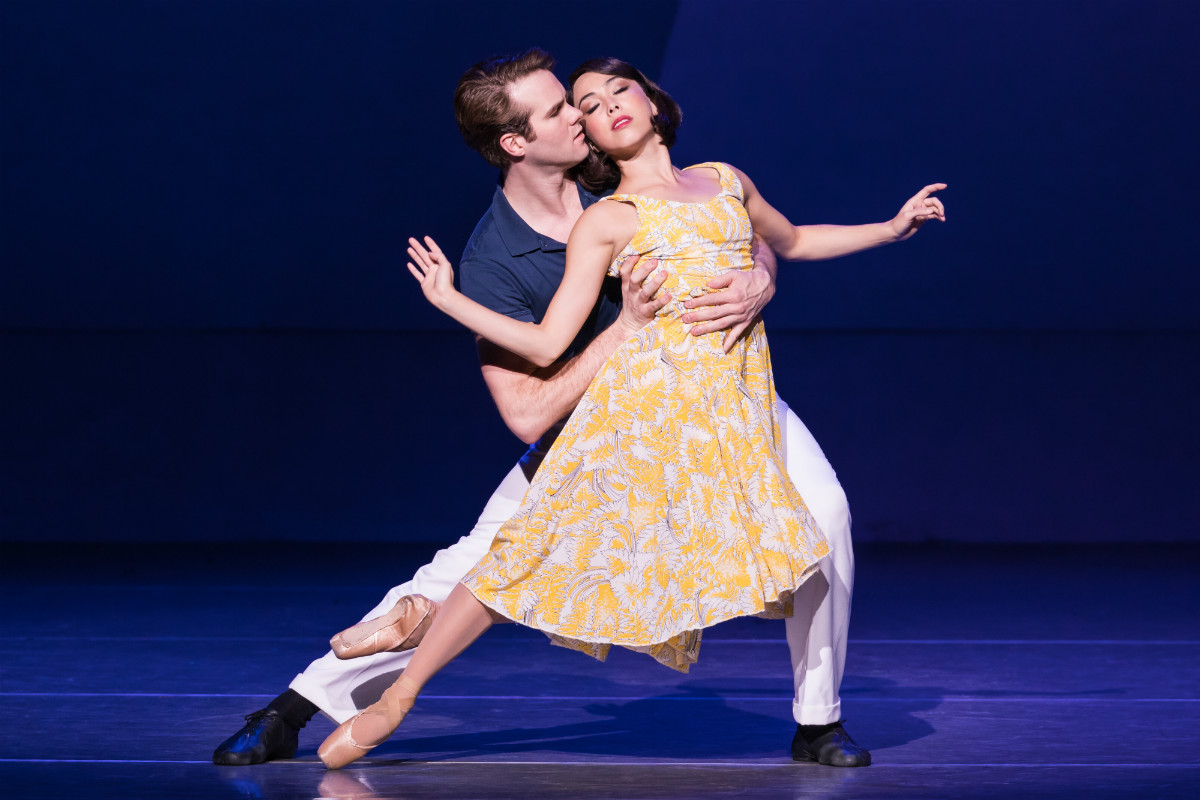 While a steam-powered Pajama Game and a high-kicking Crazy for You are still swinging around town, there’s scant reason to recommend the ho-hum production of An American in Paris (

Fans of Fifties musicals, stage or screen, might be better served at the Sleep-Tite pajama factory, while Gershwin aficionados can hear the boys’ songs sung and arranged better elsewhere. For those who check all the aforementioned boxes, and adore Gene Kelly, there’s the 1951 cinematic version, directed by Vincente Minnelli.

Not much compares to Gene Kelly, so let’s not start there. The original production of this stage musical, inspired by the film starring Kelly and Leslie Caron, debuted to much acclaim at the Palace Theatre on Broadway in 2015. With a pithy book by Craig Lucas, adapted from Alan Jay Lerner’s screenplay, the show ran for over a year and picked up a Tony Award for its ballet-heavy choreography by dancer-turned-director Christopher Wheeldon, who helmed the production.

On this tour, Wheeldon’s choreography still flows with liquid grace, whether danced by a fine chorus, or in impressive solos by Allison Walsh as the shy ballerina Lise Dassin, who steals the heart of the titular ex-patriate. As the American in question, ex-soldier Jerry Mulligan, McGee Maddox doesn’t really convince as the inspired painter that Jerry purports to be.

It would be enough to believe Jerry’s declarations that, for him, the earth moves at the sight of lovely Lise, but the romantic chemistry between Maddox and Walsh is tepid at best. Though her dancing is a pleasure to behold, Walsh doesn’t make the character someone so magnetic and singular that she’d have musicians composing songs for her and producers staging ballets to offer her talent to the world.

Her Lise seems the least present among a cast well-stocked in presence within its supporting ranks. Kirsten Scott is a marvelous Milo Davenport, the rich American patron of the arts who sets her sights on Jerry. Tart and tenacious, and, most of all, perceptive, Scott’s Milo is almost certainly too smart for this Jerry. 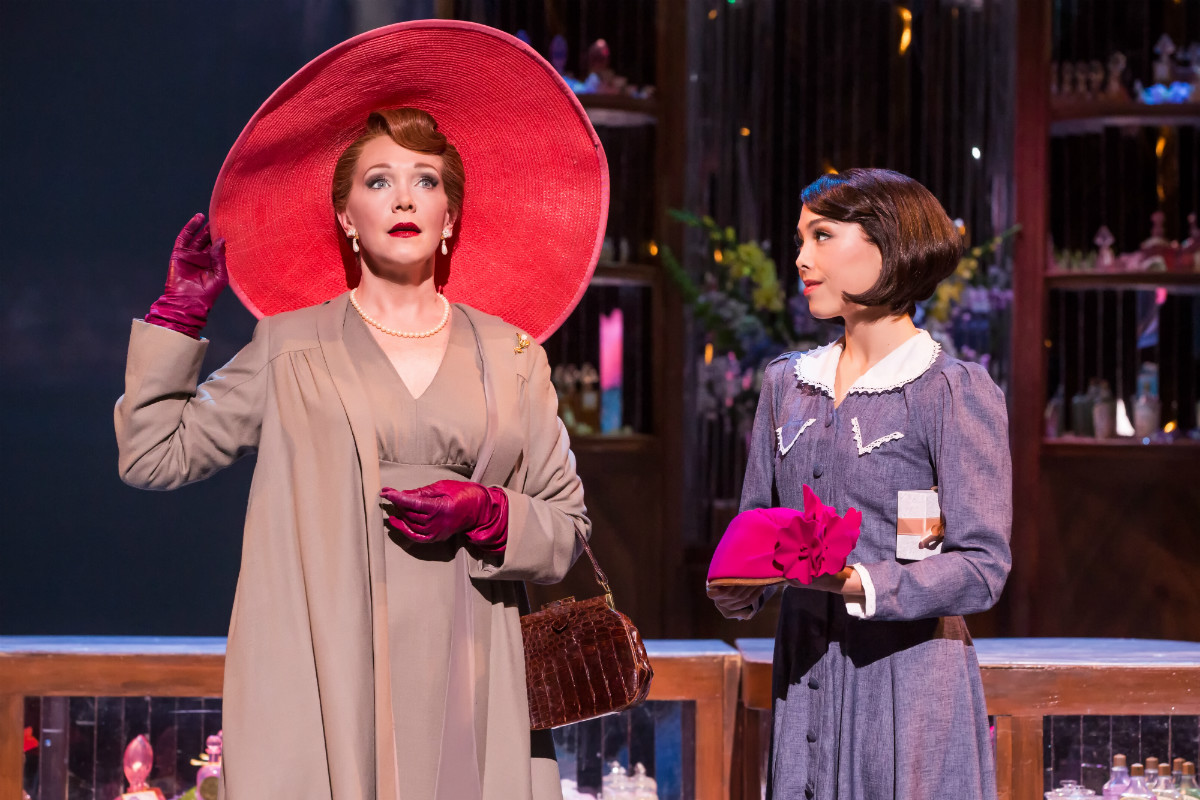 Instead, he’s better off allied with his two best pals, composer Adam (Matthew Scott), also an ex-G.I., and Parisian heir Henri Baurel (Ben Michael), who longs to be a song-and-dance man, instead of just rich. As Adam, the story’s narrator, Scott is the show’s conductor of comedy, as well as a worthy romantic rival for the attentions of Lise.

Henri, the third of these Three Musketeers, is sung well by Michael, who adds the right hint of appealing arrogance to the spoiled rich boy. Determined though Henri may be, he’s hardly a match for his mother, Madame Baurel, a formidable woman given full, intriguing dimension by the performance of Teri Hansen. One could well get distracted imagining what she and Milo might get up to all day wafting around Parisian society. Theirs is the joie de vivre the show is sorely missing. 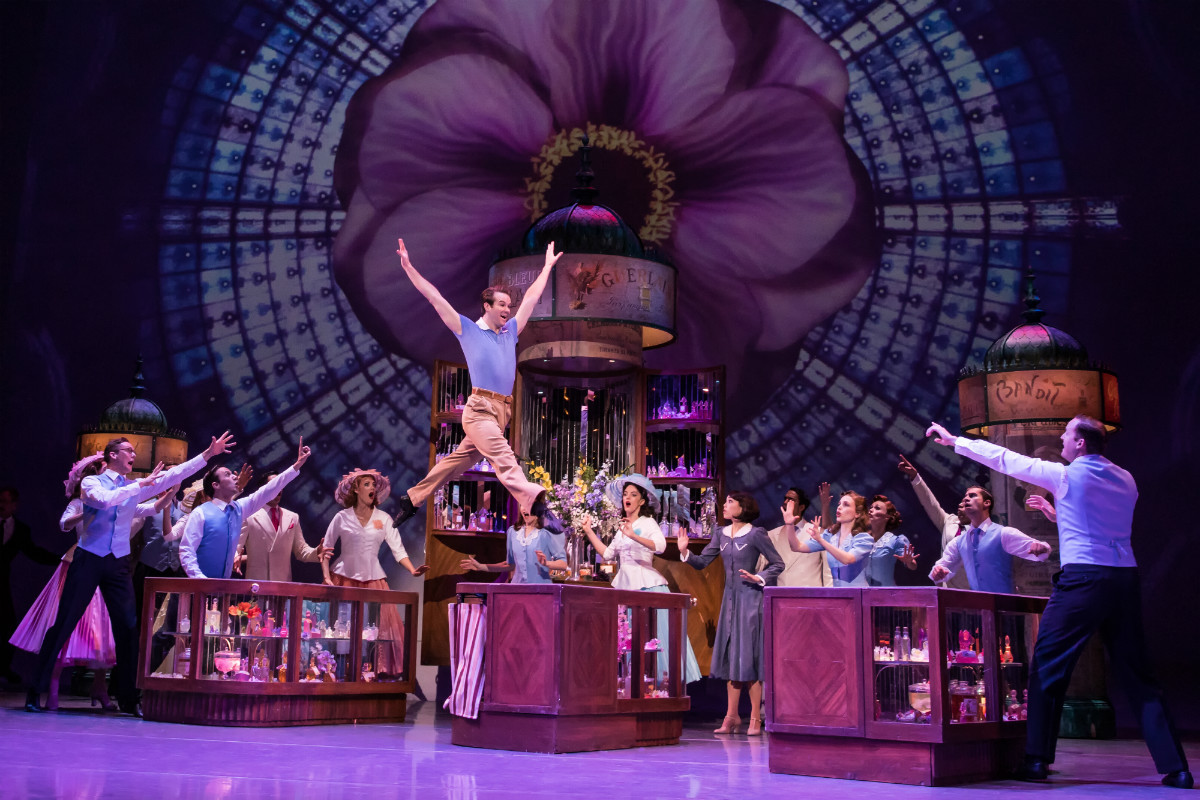 The production does visually bring to life a romantic ideal of the City of Light. As with the choreography, the lighting and scenic design operate with remarkable smoothness, cleverly exploiting the huge stage, even if the whole cast never fills it. Smart design and staging decisions have provided an elegant, efficient vehicle for a lukewarm take on a classic.

André Hereford covers arts and entertainment for Metro Weekly. He can be reached at ahereford@metroweekly.com. Follow him on Twitter at @here4andre.
← Previous Story Mashuq Deen on “Draw the Circle” and acting out his truth onstage
Next Story → Bravura Performances: DC’s Best Stage Productions of 2017