Thunder is the crime-fighting LGBTQ hero we need 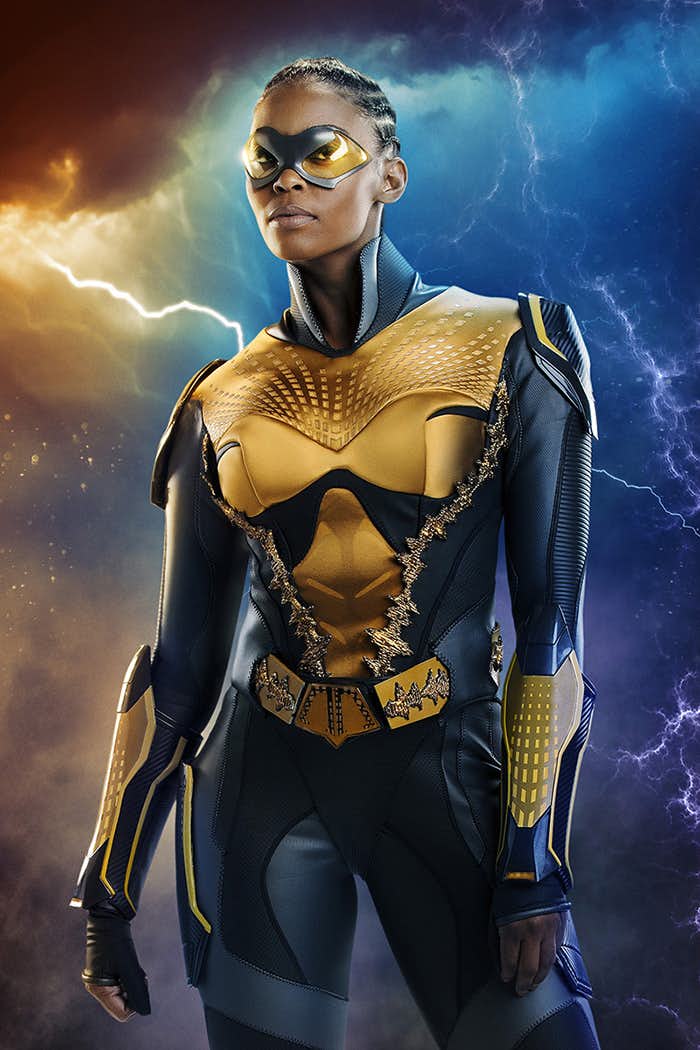 The CW is set to bring a new, kick-ass superhero family to our screens. Black Lightning is based on the eponymous DC comic book character, real name Jefferson Pierce, who fights crime with superhuman abilities that grant control over electricity.

Pierce will find himself forced back into crime-fighting nine years after he gave up it up to focus on his family and his career, when his daughters find themselves caught up with a local gang.

And its his daughters who threaten to steal the limelight. While Jennifer — Lightning, to use her hero name — has electric abilities like her dad and the power of flight, it’s Anissa — or Thunder — that has everyone talking.

Not only can she become temporarily invulnerable and generate massive shockwaves, she’s also an out and proud lesbian, both in the comics and in the CW show.

And her sexuality won’t just be a passing reference, as Anissa will also get a love interest, in the form of half-Amazonian, Asian-American character Grace Choi, played by Chantal Thuy. Choi is bisexual in the comics.

“I think right now, it’s timely and it’s necessary,” Williams said last year at San Diego Comic Con, about Black Lightning featuring the first black superhero family on network TV. “We need it. It’s been way too long. I didn’t have a black superhero to look up to as a little girl.”

That timeliness is evident on Twitter, where users are going crazy over both the importance of having a character of color who is also LGBTQ, and the reveal of Thunder’s awesome costume.

I love it!! Thunder looks like such a badass already 👏🏽👏🏽👏🏽 I also love that it doesn't look hyper-sexualized! It looks practical like she can kick serious ass & I'm here for it. I cannot believe we are getting a black lesbian superhero this is what dreams are made of 🙌🏽

SHES THE FIRST BLACK LESBIAN SUPERHERO!!! That’s history being made people!!!!!!
Thunder is badfuckingass and I love her already

Can’t fuckin wait for Black Lightning to come out! Can’t wait for Thunder and having a lesbian superhero to idolise!

Rhuaridh Marr is Metro Weekly's online editor. He can be reached at rmarr@metroweekly.com.
← Previous Story WATCH: The RuPaul’s Drag Race All Stars 3 trailer has arrived (and it’s everything)
Next Story → NBC musical drama “Rise” has rewritten its gay lead to be straight