Børns' sophomore album plays to his strengths, but leaves plenty of room for growth

Dreamy, small-hours indie pop seems to come naturally to Garrett Clark Borns, better known as BØRNS. His 2015 debut Dopamine showcased a unique style and a budding talent for ethereal yet catchy pop hooks. Since then, BØRNS has been a force to be reckoned with, playing Coachella and Bonnaroo and selling out most of his upcoming tour.

The Michigan-born artist brings that same synthy, glam-like and ever so slightly psychedelic pop finesse to Blue Madonna (★★★), a decent followup that rides on the strengths of Dopamine, with a moody, hazy edge to it. Nothing on the album quite matches the radio-ready pop hook of “Electric Love,” but there are a handful of moments that come close. BØRNS avoids retreading the stomping, festival-ready sound of his first album, instead embracing a more laid-back, symphonic sound.

While all this might set some high expectations, Blue Madonna gets off to a rough start. Bringing Lana Del Rey onto “God Save Our Young Blood” lends the track some star power, but not much else. It flows awkwardly and inconsistently, not sure whether it wants to be a breezy early-hours track or something more festival-ready, and tonally is out of step with the rest of the album. More than anything else, it sounds like a Lana Del Rey single with BØRNS providing the backing vocals and instrumentation. The problem here may be in pairing two artists with understated, downtempo styles who have very little to play off, resulting in an awkward, listless and largely forgettable track. The two might have seemed like a natural fit, but the problem may have been that they were simply too similar.

Luckily, their odd, out-of-place duet does not set the tone for what’s to come. BØRNS quickly redeems the album, following the rocky start with “Faded Heart,” a synthy, falsetto-heavy track that recalls his many influences, ranging from Haim-adjacent indie to glam rock to proto-punk. It ebbs and swells between tightly crafted hooks that recall “Electric Love.” The album continues its stride on the hazy “Sweet Dreams,” featuring a prowling bass line and a catchy chorus that, like much of the record, invites comparisons with Tame Impala.

BØRNS is clearly adept at building synthy dreampop worlds for his songwriting to inhabit, but a few tracks in, it’s clear that the album has begun to meander somewhat. Surprising moments like the theremin breakout in “Supernatural” are exceptions, standouts in tracks that mostly cover the same ground over and over again. The high point of the latter half of the album is “Tension,” a brief yet rich and anxious 90-second interlude that brings a rawness present to a small degree in the breakup anthem “I Don’t Want U Back,” but otherwise lacking in the rest of the album.

The album’s songwriting complements its easy, summery sound. BØRNS’ lyrics are underscored with a blithe, casual indifference, even when dealing with the romantic angst around the beginnings and endings of relationships. One of the strengths of the album is his ability to build a dreamy, worry-free soundscape, but then again, it would be difficult to throw a rock at Coachella and not hit three other synth-pop groups doing pretty much the same thing. A moment of self-awareness comes with the final high point of Blue Madonna, “Bye-bye Darling,” a closer that seems intended to ease us back to reality from the euphoric world BØRNS has spent the length of the album building.

Blue Madonna is an enjoyable enough listen, but ultimately does little to mark itself as especially unique, nor does it break away from the pop tropes it spends so much time indulging. Between synthy, ethereal vocals and the listless, vaguely melancholy lyrics, BØRNS has grown, but does little to mark himself as particularly distinct in the synth-saturated world of modern dreampop. BØRNS is a talented, confident and self-possessed artist, but while Blue Madonna represents a step towards a more complex, refined sound, he has not quite carved out a distinct niche for himself. More than anything, the album indicates that he is an artist with potential and much room to grow, and one who will be worth watching in the future.

Blue Madonna is available now to purchase from Amazon.com and iTunes, and on streaming services. 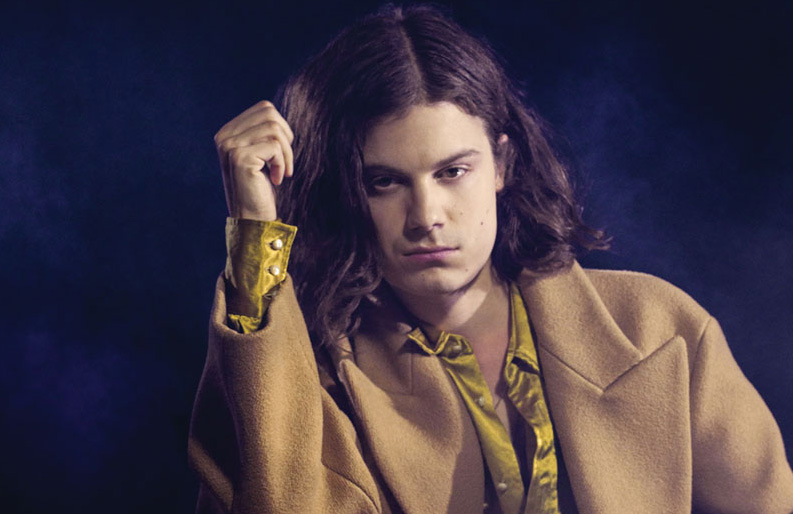