Broadway star Raul Esparza heads up an all-new production of the fabled musical Chess at the Kennedy Center.

By Randy Shulman on February 14, 2018 @RandyShulman 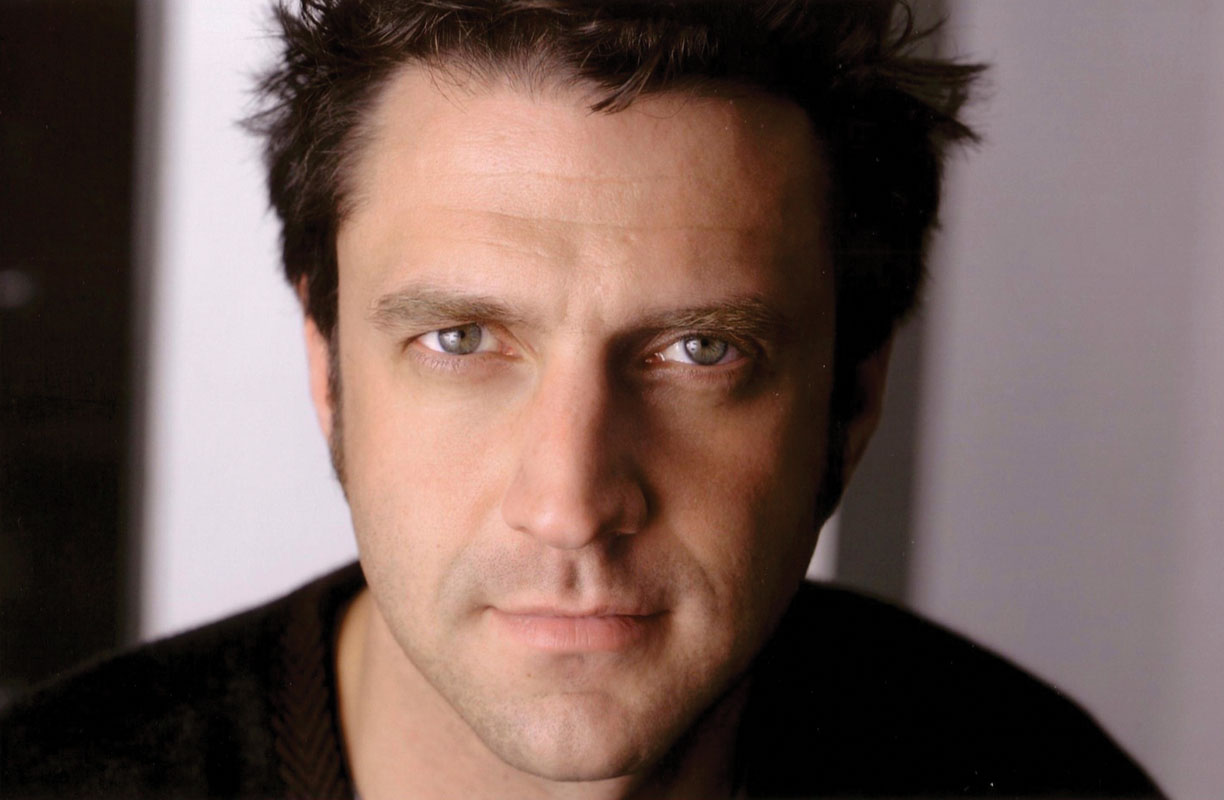 Raul Esparza was in high school, on a trip to London, when he first saw Chess. “It was the original production,” says the 47-year-old Broadway star. “I know Elaine Paige was in it and I believe Murray Head was in it.” It’s no secret that the musical, which revolves around a chess competition set during the height of the Cold War, had its share of issues, particularly with a messy, troubled book (the original 1988 Broadway production closed after just 68 performances). Still, with its melodically vibrant score by ABBA’s Benny Andersson and Björn Ulvaeus, and lyrics by Tim Rice, Chess became the stuff of musical theater lore. Theater professionals have been trying to fix it ever since.

Maybe this time will be the charm, as it’s being revived for a seven-performance-only run as part of the Kennedy Center’s Broadway Center Stage. It features an entirely new book by Danny Strong (Empire, The Butler), direction from Tony Award-winner Michael Meyer (Spring Awakening), and stars Tony-winners Karen Olivo (West Side Story) and Ruthie Ann Miles (The King and I), and Esparza, who, in the starring role of the American Grandmaster, inherits the evening’s showstopper “One Night in Bangkok.”

Esparza feels that performing the politically-charged musical in D.C. will resonate on a higher level. “Given the climate of the world right now, D.C. is the epicenter of a lot of fear and damage,” says the multiple Tony Award-nominated actor, who made his Broadway debut as Riff Raff in the 2000 revival of Rocky Horror, and is nationally known from his role as ADA Rafael Barba on Law & Order: SVU, on which he just concluded a six-season run. 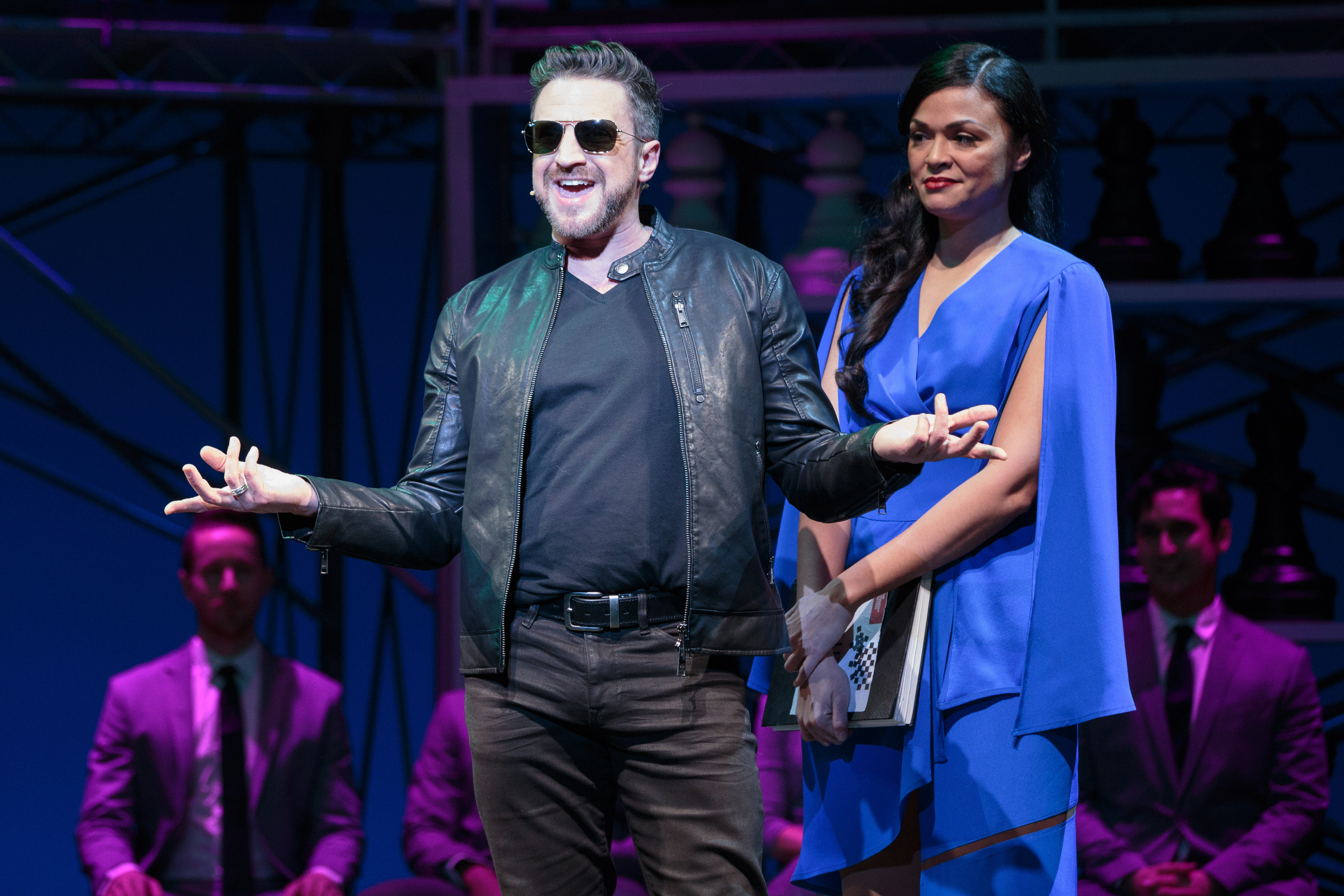 A child of Cuban immigrants and raised in Miami, Esparza takes a particularly bleak view of the current administration’s flagrantly hostile attitude toward immigrants.

“My grandmother risked her life, and her children’s lives, to come to this country, without knowing the language, without any clothes, without any money. They set foot here because they hoped that this place would take them in, and would protect them from the Communist system that had taken all of their freedoms. And they were able to build a life that they were happy with and proud of.

“So many human beings have reached for this country as an extension of a human dream, and it doesn’t belong to only the people who support this ridiculously insipid, idiotic, swamp-like administration,” he continues. “It belongs to the human race. This country is a bigger concept than any one of us. America is the culmination of centuries of human yearning for freedom and for the right to govern ourselves and to become anything we want to be.

“So I’m absolutely furious about what’s happening right now, because it’s a country built on the backs of immigrants, and we are proud of that. And we’ll continue to be proud of that because also by extension, America is a greater idea than any one administration. Maybe what we’re going through right now is a test as to whether that particular concept can survive this kind of demagoguery and nonsense. I am much more hopeful that something much bigger exists in just the concept of what this country is. You can’t stand on the steps of the Lincoln Memorial or at the Kennedy Center and not feel like this idea is much bigger than just one creep in the White House.”

Chess plays through Sunday, Feb. 18 in the Eisenhower Theater. Performances are sold out, but check at the box office for last minute ticket availability and standing room. Call 202-467-4600 or visit kennedy-center.org.

Randy Shulman is Metro Weekly's Publisher and Editor-in-Chief. He can be reached at rshulman@metroweekly.com.
← Previous Story Review: “Something Rotten!” shines at National Theatre
Next Story → Review: “The Great Society” at Arena Stage