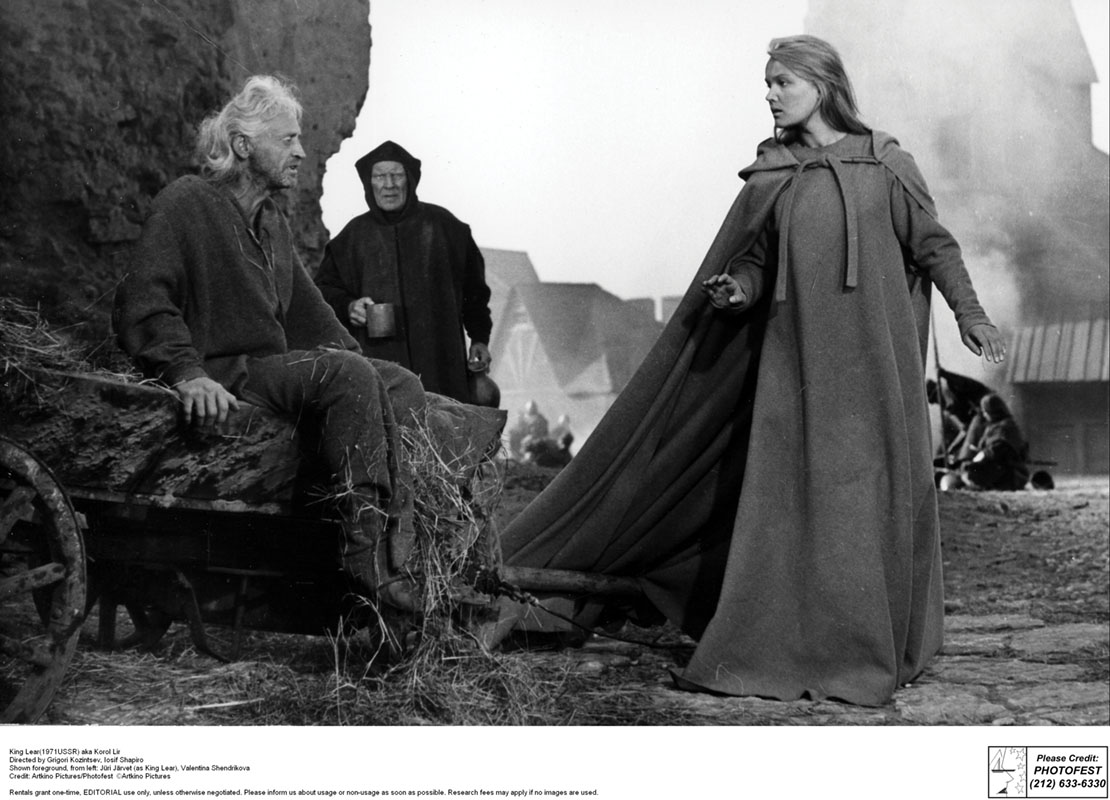 Laurence Olivier did it in 1983, a few years before his death. Ian McKellen has done it twice in just the last decade. Yet among the greats who have played the title character from Shakespeare’s greatest tragedy, it is the imposing portrayal by Estonian actor Jüri Järvet (Solaris) that many scholars consider to be the best Lear rendered on stage or screen.

Grigori Kozintsev’s sweeping Soviet drama from 1971 is often touted as the best cinematic adaptation, as well. The National Gallery of Art is giving museumgoers a rare chance to judge for themselves, offering a special one-day screening of Kozintsev’s Russian-language film, based on a translation by Boris Pasternak.

King Lear features the stunning black-and-white cinematography of Ionas Gritsius and a spare and haunting soundtrack by famed Russian composer Dmitri Shostakovich. Presented with English subtitles, the King Lear screening comes in conjunction with the exhibition Michel Sittow: Estonian Painter at the Courts of Renaissance Europe.