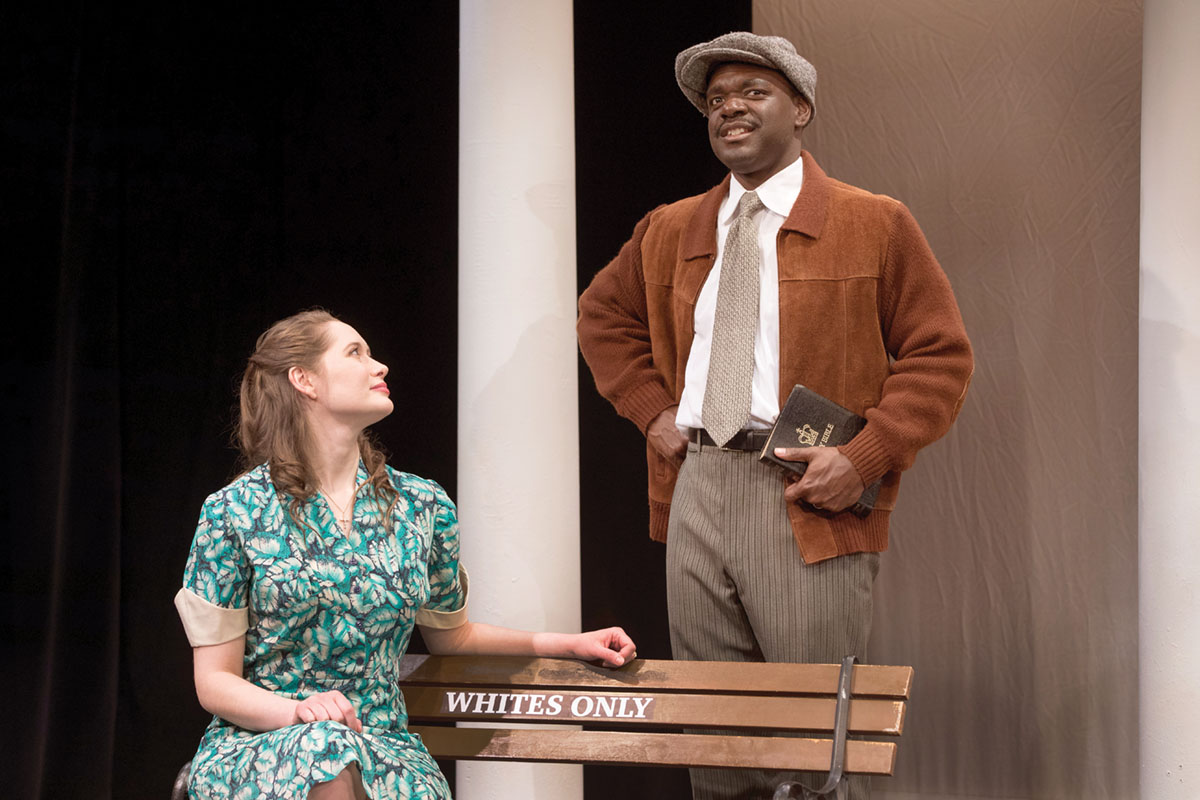 Offering a warmly palatable dramatization of Civil Rights-era American history, Washington Stage Guild’s Alabama Story (★★★) explores thorny racial issues with smarts and sensitivity. However, the play could use an infusion of nerve, as it safely avoids language or insinuations that might prove too discomforting. Rarely does the genteel drama bare the nastiness underpinning the actual events upon which it is based.

In 1959, the White Citizens Council of Montgomery, with the help of a segregationist state senator, mounted a campaign to force the local public library to remove The Rabbits’ Wedding from its shelves. A children’s picture book about the forest wedding of a black rabbit and a white rabbit, the 32-page tale of bunny love written and illustrated by Garth Williams (Nigel Reed), was vilified by racists as propaganda for a pro-miscegenation agenda, a charge vehemently denied by Williams.

Playwright Kenneth Jones focuses less on the book and its creator than on a version of real-life librarian Emily Reed (Julie-Ann Elliott), the steadfast forward-thinker who resisted censorship and the powerful White Citizens Council. That the blatantly racist council has been replaced as villain in this depiction by a more innocuous-sounding newspaper called The Montgomery Home News is a hint that Alabama Story wants to tidy up the welcome mat for folks of all sensibilities.

No character from the newspaper makes an appearance, keeping the specter of bigotry more or less offstage. A fictionalized state senator, the cigar-chomping E.W. Higgins (Steven Carpenter), is characterized less as a bigot than as a craven opportunist chasing votes by supporting segregationists.

So, the monster chasing down those “race-mixing rabbits” remains a vague abstraction opposing Reed, who, alongside her eager assistant Thomas (Christopher Herring), persists in promoting books, reading, and the free flow of information. 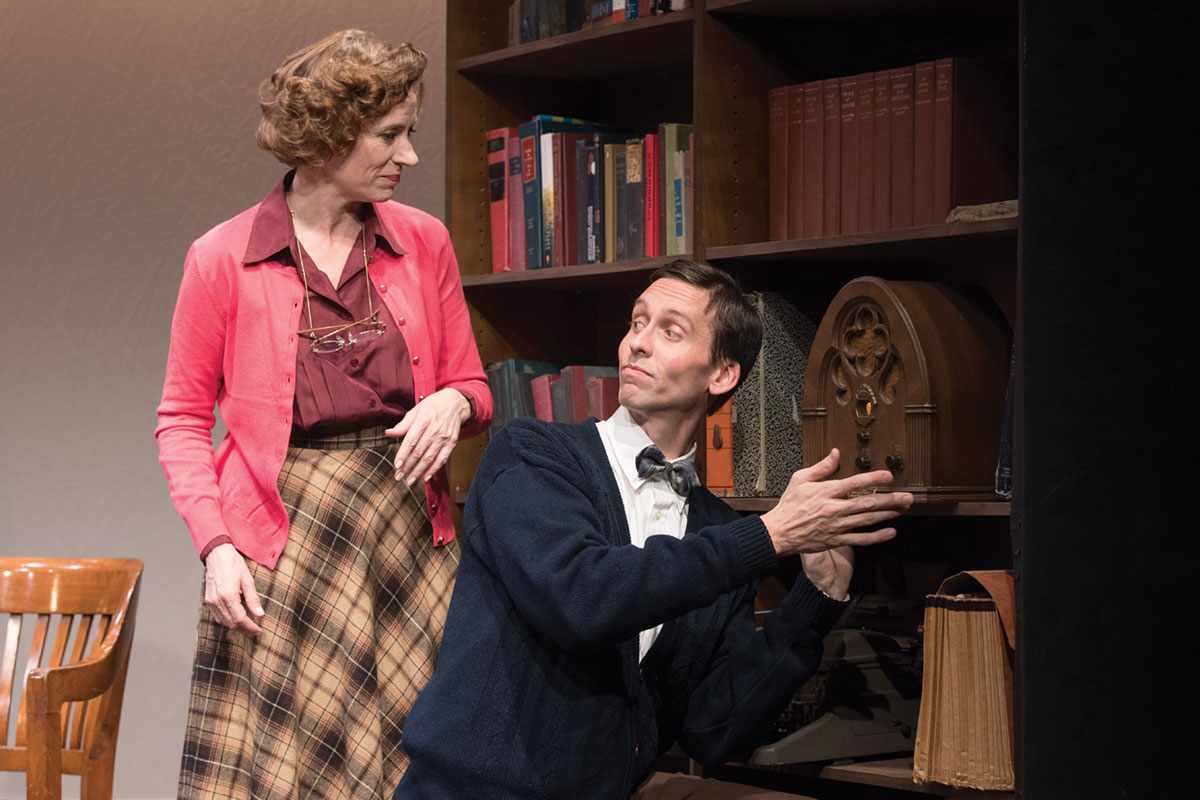 Racism rears its ugly head more powerfully, and yet subtly, in the parallel fiction Jones weaves into his retelling of The Rabbits’ Wedding brouhaha. At a bus stop near the library in Montgomery, two childhood friends, Lily (Jenny Donovan) and Joshua (Gerrad Alex Taylor), bump into each other and become reacquainted. However, she’s a nice, married white lady, and he’s a black Korean War vet, also married, and this is 1959 Alabama. Their innocent interaction could potentially trigger hostile, even harmful, reaction from some random passerby.

Of those characters, it’s Elliott’s take on Reed that feels most fully realized. Portraying reserved yet unabashedly liberal can be a too daunting challenge for some, but Elliott’s poised performance achieves a balance that serves the quiet crusader’s story. A modern woman then and now, the endearing outsider under siege in the Jim Crow South bridges the historical divide between 21st-century activism and the narrow-minded socio-politics governing Lily and Joshua’s everyday lives.

While not every pivotal moment between Joshua and Lily resonates, Taylor and Donovan produce a tender duet of cautious affection. Only a hardened segregationist might feel implicated in the drama’s main storyline, but there are elements in Joshua and Lily’s story to challenge many theatergoers’ comfortable notions of social colorblindness.

Alabama Story also poses a benevolent challenge to to lift up libraries and librarians, champions of the invaluable freedom to read. As Miss Reed passionately reminds Thomas, books hold the keys to solving mysteries, satisfying curiosities, and realizing dreams.

André Hereford covers arts and entertainment for Metro Weekly. He can be reached at ahereford@metroweekly.com. Follow him on Twitter at @here4andre.
← Previous Story Stage Review: “Translations” at Studio Theatre
Next Story → Stage review: Paper Dolls at Mosaic Theater