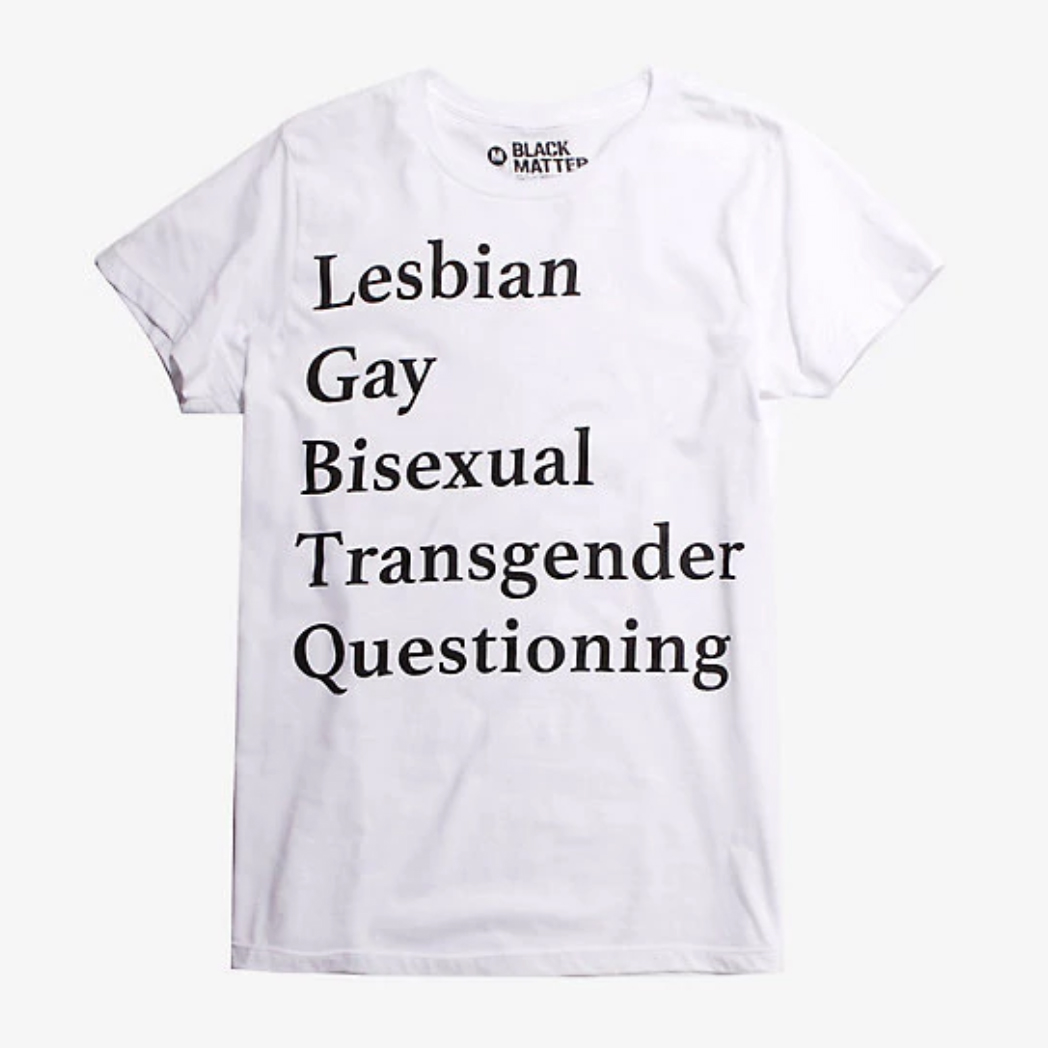 A high school student in California is alleging that she was told to cover a t-shirt that featured “Lesbian, Gay, Bisexual, Transgender, Questioning” on the front.

Andria Zavala, an eighth-grader at Clark Intermediate School in Clovis, Calif., told the Fresno Bee that her principal ordered she cover the t-shirt as it was “a distraction to other people and their beliefs.”

A counselor apparently told her to check if the t-shirt, which was a gift from her mother, was allowed under the school’s dress code. Upon approaching Principal Teresa Barber and another administrator, Zavala was told to button her shirt and hide the t-shirt until she went home.

The school district’s policy states that all clothing must be “neat, clean and acceptable in repair and appearance and shall be worn within the bounds of decency and good taste as appropriate for school,” adding, “Extreme fashion that draws undue attention to the student will not be allowed. This includes distracting clothing, and distracting make-up, etc.”

Zavala told the Fresno Bee that she should be allowed to wear the t-shirt, as other students can wear clothing with club logos or specific beliefs.

“I also think [the t-shirt] stands for pride, pride in being unapologetically yourself and not having to apologize for your sexual orientation,” she said.

A school district spokesperson said that Zavala hadn’t been ordered to cover the shirt, but rather asked if she felt it would be a distraction to her fellow students, and to cover it up if she thought it might.

“[Barber] posed the question to the student to let the student decide what her purpose was in wearing the shirt,” Kelly Avants said to the Fresno Bee.

Also Read: Cynthia Nixon to New York: “Vote for the homo, not for the Cuomo”

Rhuaridh Marr is Metro Weekly's managing editor. He can be reached at rmarr@metroweekly.com.
← Previous Story Cynthia Nixon to New York: “Vote for the homo, not for the Cuomo”
Next Story → Stephanie Sandberg becomes new executive director of LPAC