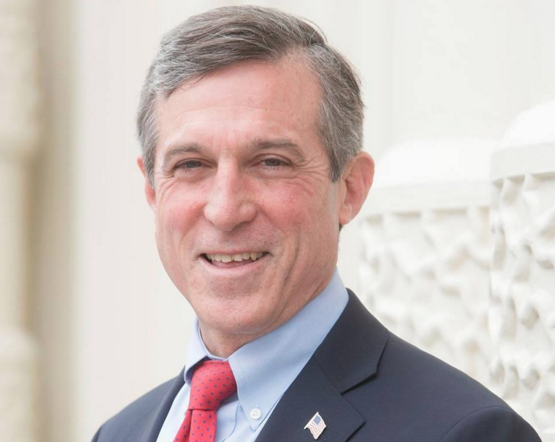 Delaware Gov. John Carney has signed a measure banning the practice of conversion therapy on minors into law, making it the fifth state this year — a high-water mark for the LGBTQ rights movement — and the 15th state overall, to curb the practice.

The ban passed the State House by a 24-14, and the Senate by a 12-3 margin, each earning bipartisan support. It was pushed by the National Center for Lesbian Rights’ #BornPerfect campaign, Equality Delaware, and the Human Rights Campaign. It was also publicly supported by The Trevor Project.

“So-called ‘conversion therapy’ is dangerous, cruel, and uniformly rejected by every major mental health and child welfare organization,” added HRC National Press Secretary Sarah McBride, a Delaware native. “Today’ signing is a critical step forward in the fight to ensure that Delaware is a safe and affirming state for all LGBTQ youth, and we hope that the values and progress reflected in this law guide the ongoing conversation in Delaware about protecting LGBTQ students from discrimination.”

While some people claim to have successfully changed their orientation or rid themselves of same-sex attraction, there is no credible scientific evidence that conversion therapy is effective in changing either sexual orientation or gender identity. In some cases, conversion therapy tactics can lead to poor self-esteem among those subjected to it, putting those individuals at higher risk for depression, substance abuse, and suicidal ideation.

“This bill sends an important message that a child’s sexual orientation or gender identity is neither capable of being changed nor does it need to be changed, and efforts to try to do so in the name of therapy have no place in our state,” Mark Purpura, a board member of Equality Delaware, said in a statement. “Instead, we should strive to understand and support each child’s unique personal identity to better empower them to thrive in school, at home, and in our community.”

Unfortunately, Purpura recently suggested to radio station WHYY that the success of the conversion therapy ban has created a backlash among Republicans in the form of a proposed constitutional amendment that would cement parental rights, including the right to notification, in the state’s constitution. Additional support for such an amendment grew out of a controversy involving school regulations, proposed by Carney, that would allow schools to recognize a child’s gender identity or expression without notifying their parents, and treat them according to that gender identity.

The fact that such an amendment is being floated means that LGBTQ advocates in Delaware should be vigilant about defending equality measures. For example, if if parental rights are codified in the constitution and are found to supersede the best interests of a child, opponents of the ban on conversion therapy could attempt to use the amendment as a backdoor way to challenge the ban at a later date.