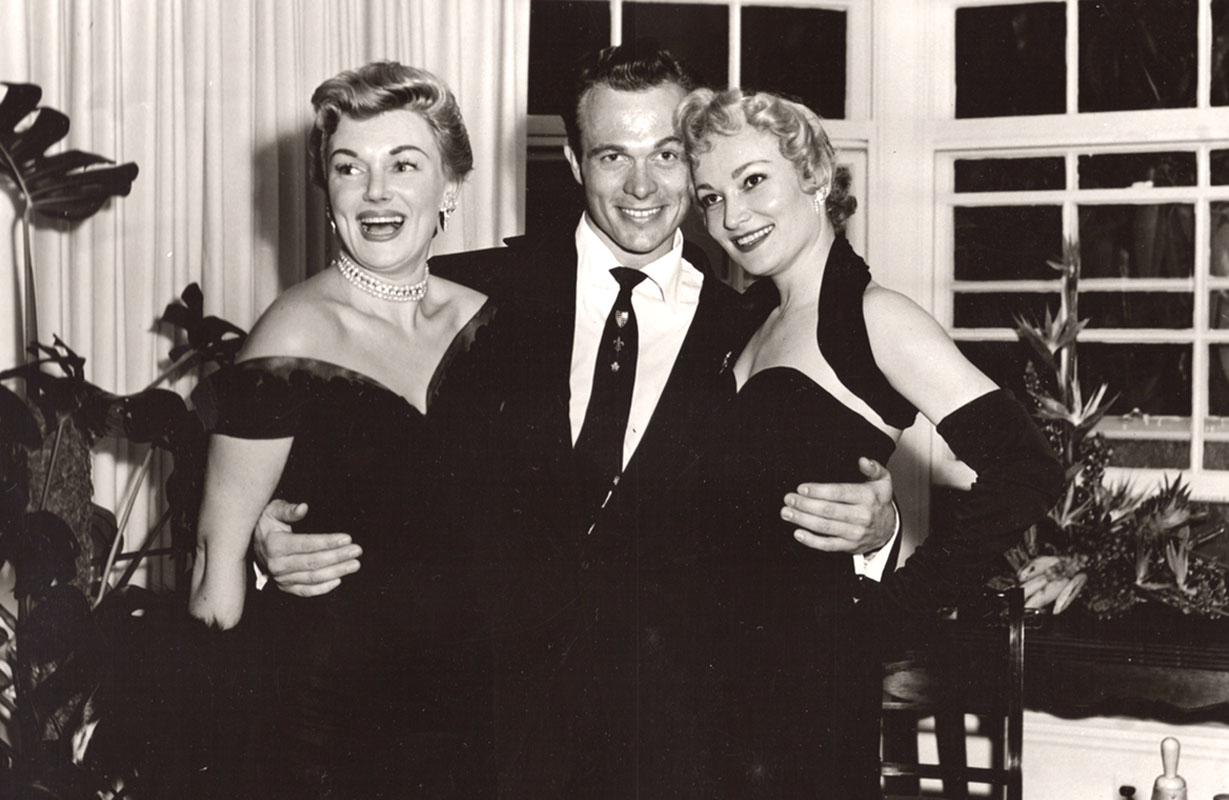 Scotty Bowers in his prime — Photo courtesy of Greenwich Entertainment

SCOTTY AND THE SECRET HISTORY OF HOLLYWOOD

Filmmaker Matt Tyrnauer relates the true story of the man whose gas station on Hollywood Boulevard doubled as a rendezvous spot for his friends and actors and actresses on the down-low. Based on Scotty Bowers’ 2012 tell-all bestseller Full Service, the documentary is said to be “full of jaw-dropping reveals,” with eye-opening tales about icons ranging from Cary Grant to Spencer Tracy, Katharine Hepburn to Ava Gardner. Now playing. Landmark’s E Street Cinema, 555 11th St. NW. Call 202-452-7672 or visit landmarktheatres.com. 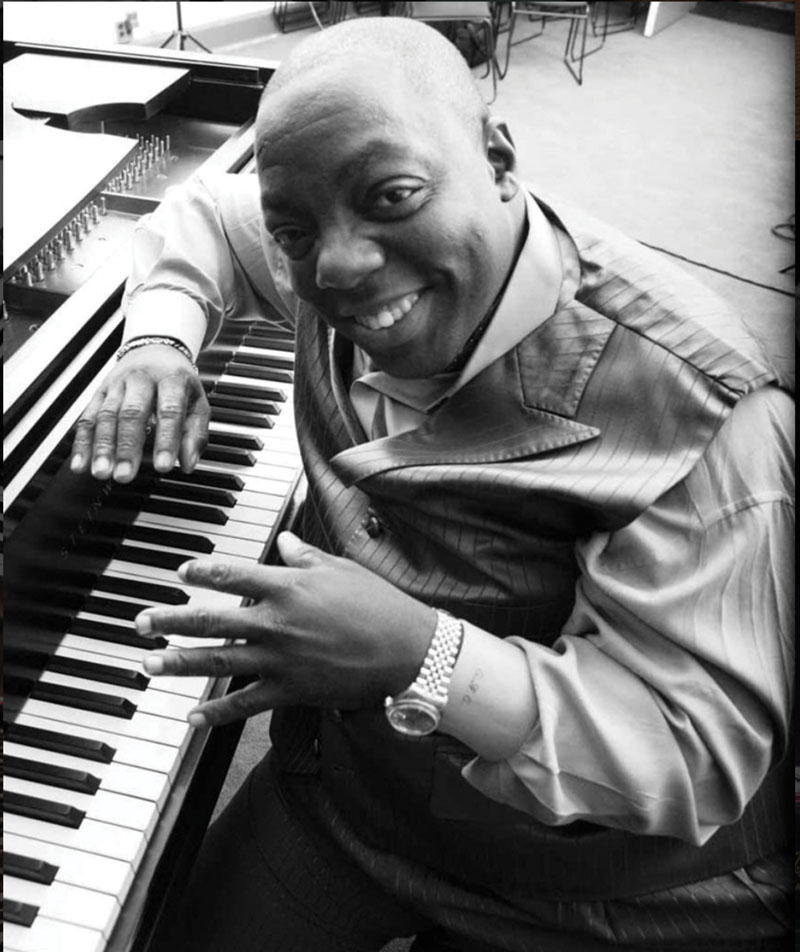 “The best jazz pianist of his generation,” Time music critic Josh Tyrangiel has said about Baltimore’s versatile virtuoso Chestnut, who two decades ago portrayed a Count Basie-inspired pianist in Robert Altman’s film Kansas City. He returns to D.C.’s leading jazz venue for a long-weekend run of shows to help close out the summer. Thursday, Aug. 23, through Sunday, Aug. 26, at 8 and 10 p.m. Blues Alley, 1073 Wisconsin Ave. NW. Tickets are $30 to $35, plus $12 minimum purchase. Call 202-337-4141 or visit bluesalley.com. 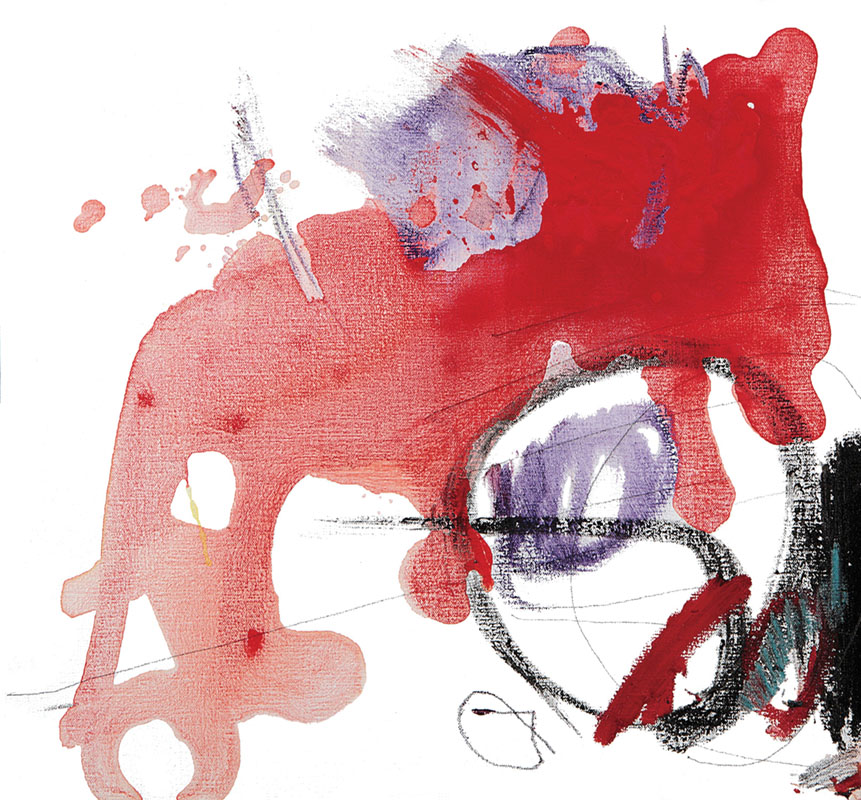 As a child, Yuki Hiyama suffered a brain injury that left her speechless. Yet the development also inspired her to express herself through drawing and painting full of color and texture. Touchstone Gallery presents the first D.C. exhibition of the 40-year-old Japanese artist and examples of her artworks, full of color and texture, in a variety of media, from oil to colored pencil, watercolor to pen, even sand. A percentage of proceeds of artwork sales will go to the Yukien School for children with disabilities in Hiroshima, Japan. Now to Aug. 31. Touchstone Gallery, 901 New York Ave. NW Call 202-347-2787 or visit touchstonegallery.com. 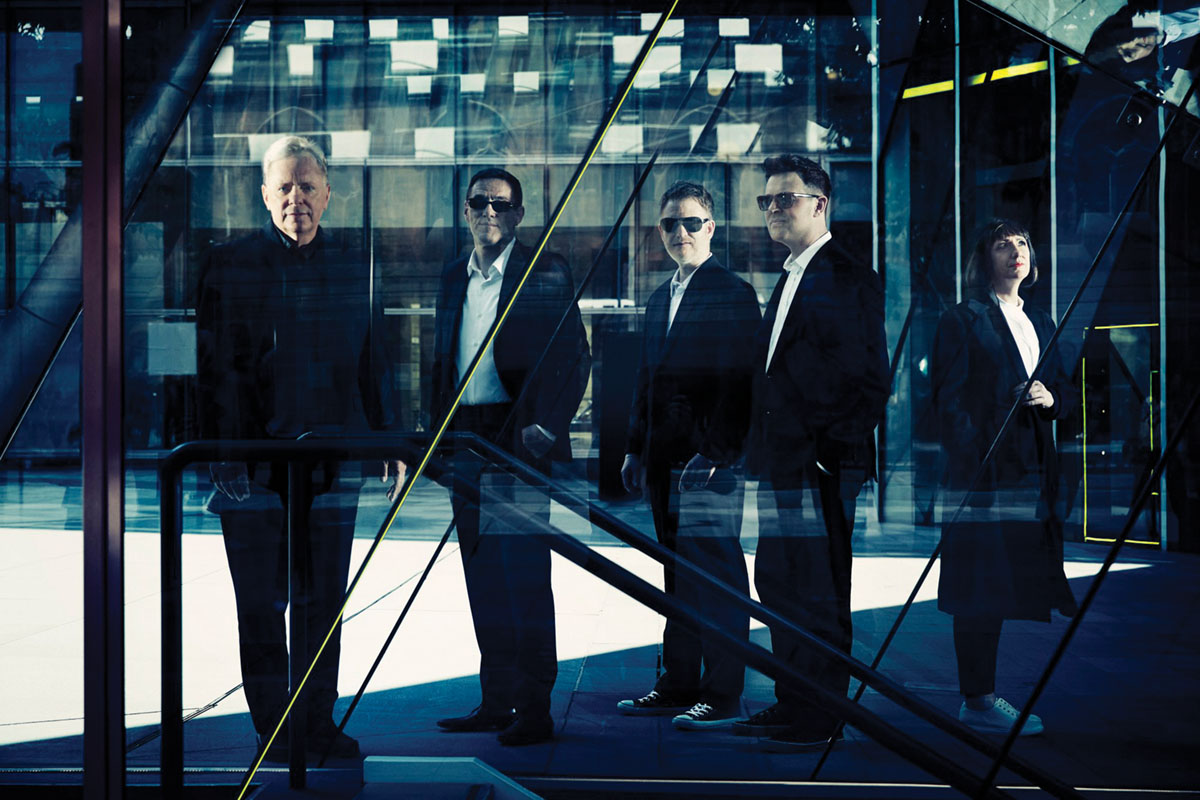 Five years ago, this seminal synth-pop/dance-rock band from Manchester performed under the stars at Merriweather a captivating concert that was in many ways a showcase for bassist Tom Chapman, two years after replacing quintessential original Peter Hook. If anything, the band’s return should be even more of an all-out, four-on-the-floor dance party, which kicks off with DJ Whitney Fierce reprising her role from the last Merriweather date. Next week’s debut at the Anthem is also New Order’s first chance to truly showcase its post-Hook style and sound for local fans, chiefly by performing select dancefloor-primed tracks from the group’s remarkable 2015 set Music Complete. More than a return to form, this tour-de-force studio album saw the band venturing beyond the dance-rock path it pioneered, taking playful and satisfying excursions to campy disco (“Tutti Frutti”) as well as to progressive house and techno (“Plastic,” “Unlearn This Hatred”). Tuesday, Aug. 28. Doors at 6:30 p.m. The Anthem, 901 Wharf St. SW. Tickets are $55 to $95. Call 202-888-0020 or visit theanthemdc.com. 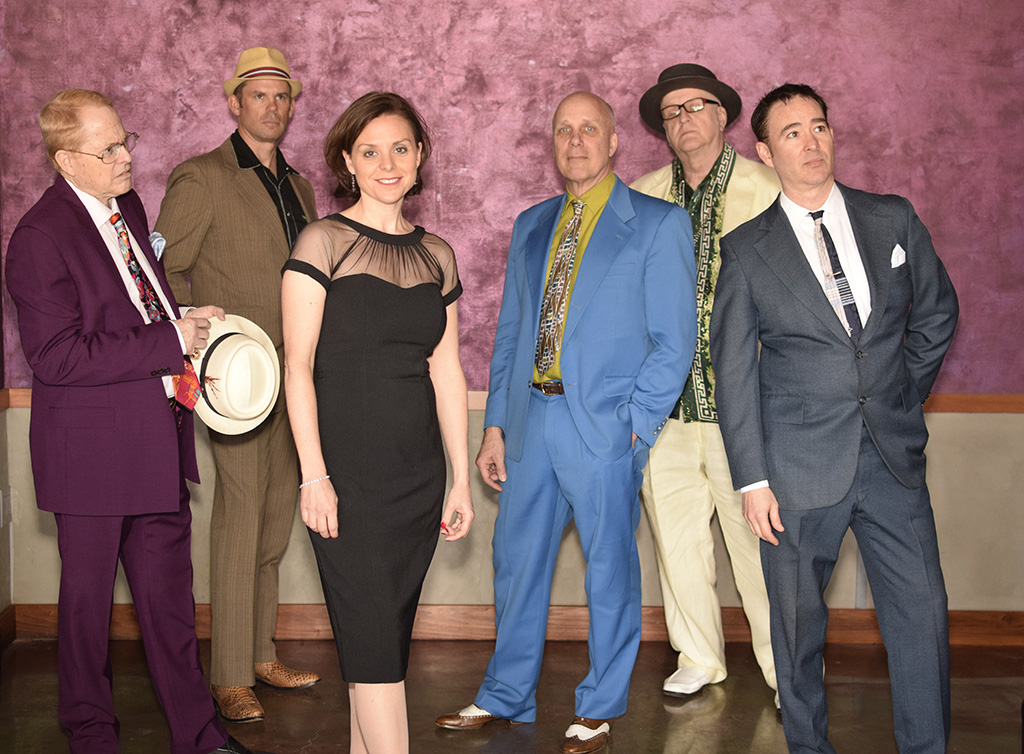 Something of a local version of the hip retro-lounge act Pink Martini, Chaise Lounge is five of D.C.’s leading jazz musicians who together perform sparkling arrangements of standards plus new, original swinging tunes that sound as if recorded a half-century ago. Featuring the soft, luminous vocals of Marilyn Older, the party jazz group, touted on NPR and a frequent draw at the Kennedy Center, makes its debut at D.C.’s newest concert venue, where fine music meets fine wine. Wednesday, Aug. 29, at 8 p.m. City Winery DC, 1350 Okie St. NE. Tickets are $18 to $28. Call 202-250-2531 or visit citywinery.com. 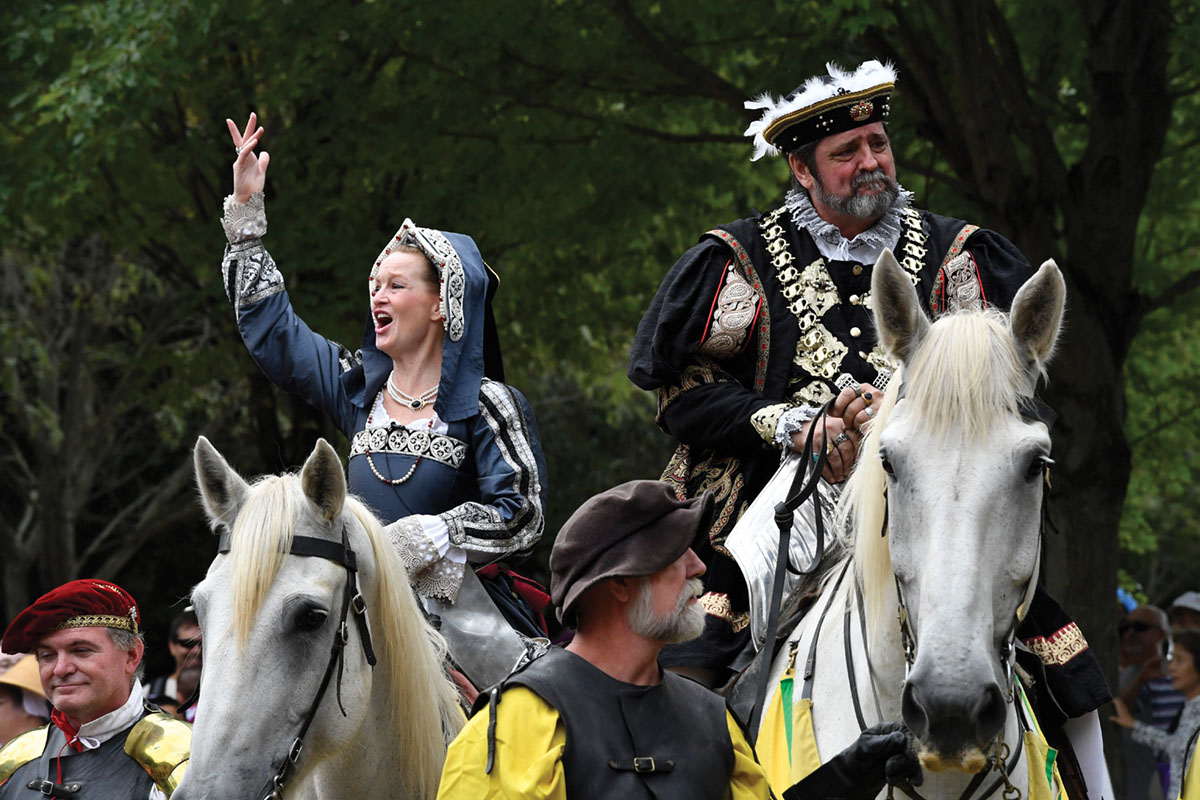 Guided by an overarching historical storyline that changes annually, the Maryland Renaissance Festival, now in its 42nd year, offers a little something for everyone, whether your primary motive is to take in the performances — over 200 professionals engaged in everything from jousting to comedic sword-fighting to parodies of Shakespeare — or shop for early holiday gifts from a collection of amazing artisans. Or maybe you just want to gnaw on a turkey leg, steak on a stake, or cheesecake on a stick. Opens Saturday, Aug. 25. Themed events in 2018 include a Celtic Celebration the weekend of Sept. 16, performances by U.K. vocal ensemble Mediaeval Baebes throughout the weekend of Sept. 23, Pirate Weekend Sept. 29 and Sept. 30, and Shakespeare Weekend Oct. 7 and Oct. 8. RennFest runs weekends to Oct. 21. Located at 1821 Crownsville Road, in Annapolis, Md. Tickets are $19 to $26 for a single-day adult ticket, with multi-day passes also available, or a Season Pass for $150. Call 800-296-7304 or visit rennfest.com. 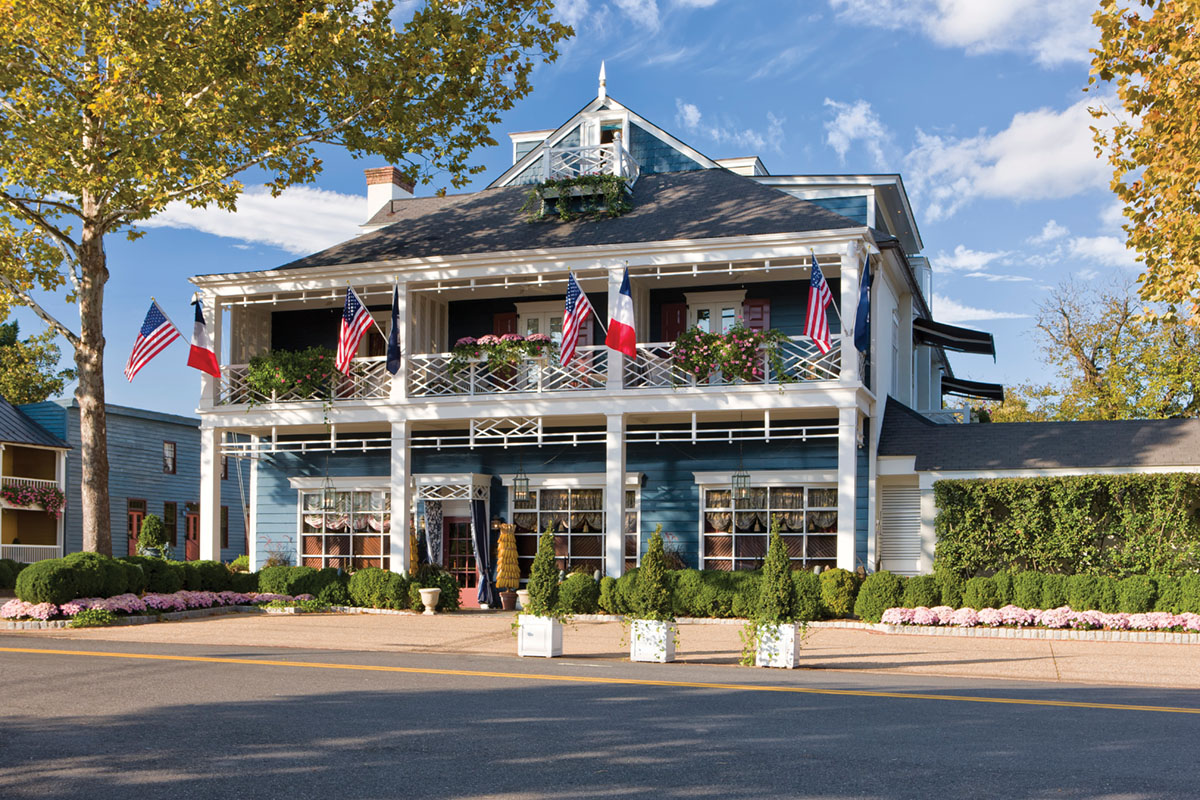 THE INN AT LITTLE WASHINGTON: INNSTOCK

The region’s most celebrated high-end dining destination, located roughly 90 minutes south of D.C., turned 40 years old earlier this year, but has been keeping the celebration going with a few key events throughout the year. The penultimate celebratory event happens Labor Day Sunday, Sept. 2, with a daylong culinary food and music festival that is open to the public. Patrick O’Connell, the complex’s co-founder and patron chef, has invited more than 20 former employees and chefs to come back to make a signature dish as part of a “culinary family reunion,” complemented by the participation of premiere Virginia winemakers and brewmasters, live bands, bonfires, hot air balloon rides, “roaming impersonators,” and a grand finale fireworks display. Tickets are $250, or $1,500 for a VIP Package for 2 including access and additional complimentary food and beverages in the Inn’s Tavern Ballroom as well as VIP seating and parking. Call 540-675-3800 or visit theinnat40.com/innstock.