By Randy Shulman on September 20, 2018 @RandyShulman 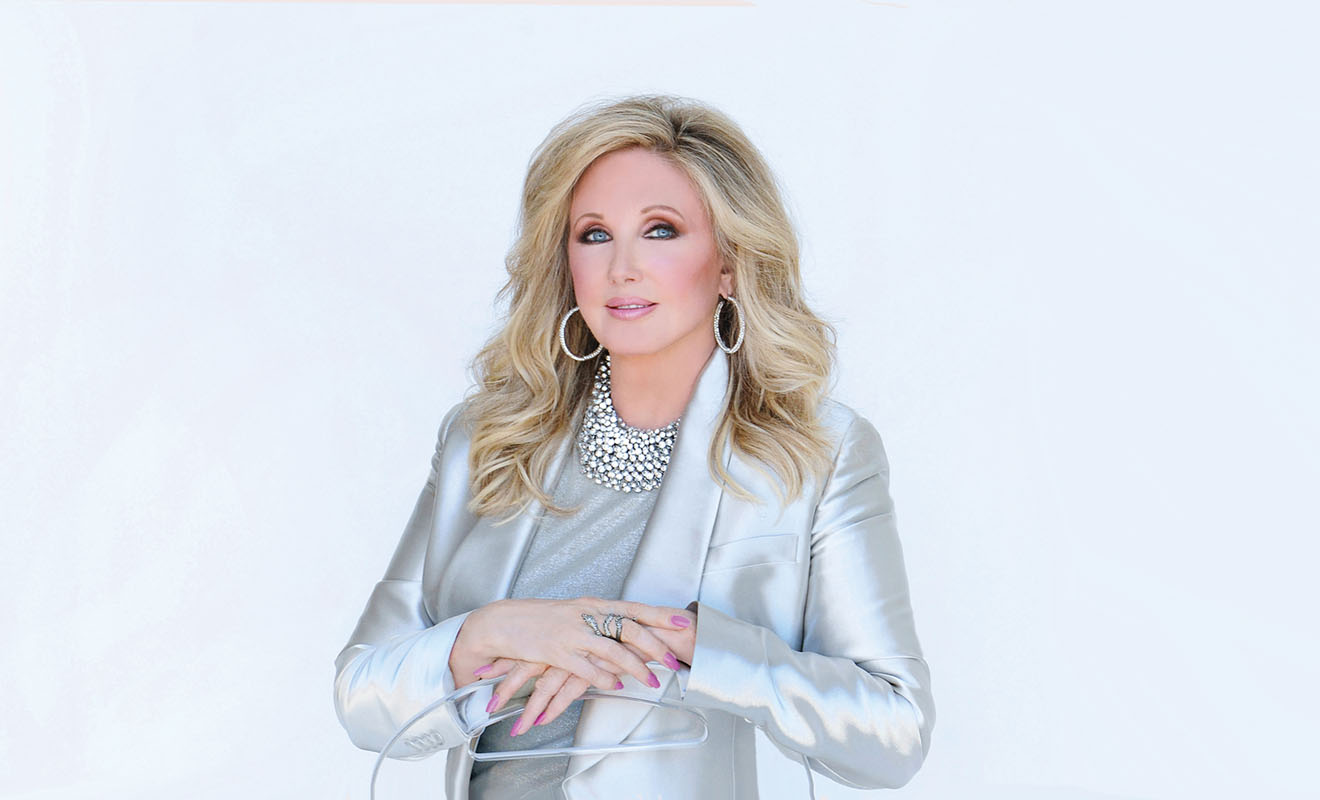 When you think of ’80s icon Morgan Fairchild, you might think of her starring roles on the era’s popular primetime soaps, Flamingo Road and Falcon Crest. Or you might recall her as one of the first celebrities to publicly and compassionately address the burgeoning AIDS crisis. Maybe you remember her stint as Sandra Bernhard’s bisexual girlfriend on the first go-around for Roseanne. What you likely don’t think of her as is a singer. Think again.

“I’ve never really made a career out of singing,” says Fairchild in her familiar sultry low-register. “I don’t bill myself as a singer, but I’ve sung in shows since I was 10 years old.”

Fairchild will get a chance to show off her vocal prowess this weekend when she appears as a special guest at the American Pops Orchestra’s first concert of the season. She’s spent the past several weeks getting into shape with a vocal coach. “I have a baritone voice,” she says. “Everything always has to be lowered for me. I ain’t a lyric soprano.”

Fairchild will join Ari Shapiro, Rayshun LaMarr, and MILCK in a rousing celebration of singer-songwriters. APO’s music director and founder Luke Frazier has crafted a medley specifically for the actress that includes Carole King’s “It’s Too Late” and Carly Simon’s “Haven’t Got Time for the Pain” “You’re So Vain.”

“She has a great voice,” says Frazier. “It’s a very deep voice, a really beautiful, rich colorful voice. I wanted to bring up the characters that she’s played so frequently over the years — that strong feisty woman. They’re such great strong songs for a woman.”

“Morgan Fairchild embodies glamour,” says Shapiro, who co-hosts NPR’s All Things Considered and moonlights as a crooner, often appearing with the group Pink Martini. “I’m excited, awed, and slightly terrified about sharing the stage with her, singing these immortal songs that I grew up listening to on my parents’ vinyl records.”

Frazier also asked Fairchild because he felt “it’s important to draw attention to Morgan’s commitment to the LGBTQ community.” A self-avowed “science nerd” with a specific interest in viruses, Fairchild was one of the first celebrities to advocate for AIDS funding before congress in the early days of the epidemic.

“It was a very scary time, and I felt it was important to put a face on it, somebody that people felt they knew,” she says. “I took a lot of heat for it in Hollywood. I lost work because of it. People told me, ‘You’re too controversial because of the AIDS stuff.’ I lost friends because I visited hospices — people didn’t want me around their kids, they didn’t want me to come over to their place for dinner. But it was the best thing I ever did with my life. I know I helped get funding for the research. I know that I comforted the patients that I visited. I can still see the look in their eyes to this day.”

In 1987, at the first unveiling of the AIDS Quilt on the National Mall, Fairchild recalls that a man “covered in Kaposi’s sarcoma” approached the stage. “He said, ‘Would you give me a hug?’ I said, ‘Of course I will.’ I gave him a big hug and he just held onto me. Then he pulled back and he looked up at me and said, ‘I just want you to know I am a dead man. And I love you.’ Those things stick with you beyond any fame or any movie part.”

Randy Shulman is Metro Weekly's Publisher and Editor-in-Chief. He can be reached at rshulman@metroweekly.com.
← Previous Story Music Reviews: Troye Sivan’s “Bloom” and Jake Shears’ solo debut
Next Story → Brian Calhoon’s mission is to spread the gospel of the marimba