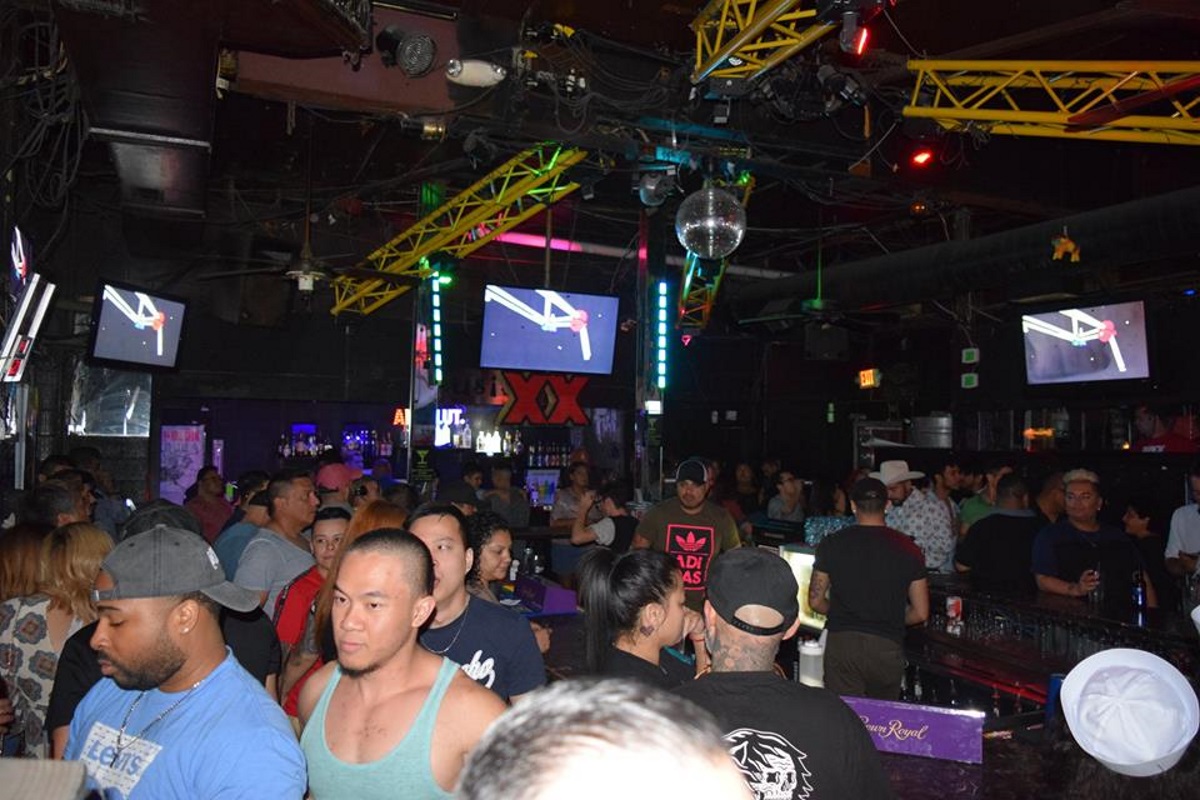 Police in San Antonio, Texas, are searching for a shooter who left three people hospitalized after opening fire outside a nightclub on the city’s gay strip.

The shooting occurred after midnight on Monday morning, outside Pegasus nightclub. San Antonio Express-News reports that a fight broke out around 12:20 a.m., which prompted two suspects to get into a car and open fire on a crowd at a taco stand as they drove away.

Two men and a woman, all in their 20s, were hospitalized, and police say none of their injuries are life-threatening.

San Antonio Police Chief William McManus described the shooter as a man in his 40s, who was likely an “angry patron who probably had too much to drink and was kicked out of the club.”

McManus said that police don’t believe the shooting was a hate crime, and didn’t know whether the suspect had any prior relationship with the victims.

Mike Rodriguez, manager of Pegasus, told News 4 that the initial fight broke out after a dispute over food.

“A nicely dressed gentleman was ordering food,” he said. “The guy behind him I guess got irritated that he couldn’t make up his mind, called him a name. They started to push and shove each other. Our security broke it up, kept one inside, and took the other one outside, just to separate them. The one inside kept on yelling through the fence names at the other one and he got upset, and at that point, he walked off.”

Rodriguez added: “Then a couple minutes later he came back here to the stop sign and he had a gun and he shot three times in the air. They called me to the front and I came to the front and I told all the customers, everybody, to get inside, and started pushing people inside.”

Rodriguez said they managed to clear everyone out of Pegasus’ outside area, but he thinks the man “got in his car, drove around the block behind us and came down this road and open-fired at the gate.”

According to Rodriguez, none of the victims hit by the gunfire were involved in the initial argument.

Rodriguez told KSAT 12 that he intends to “beef up security. More than likely get an armed guard presence here, be more vigilant.”

Police are canvassing the area for witnesses and security camera footage to find anything related to the men, or the red Nissan sedan they fled the scene in.

Also Read: A Virginia middle school couldn’t decide where to shelter a transgender student during an active shooter drill. So they left her alone in a hallway.

Rhuaridh Marr is Metro Weekly's managing editor. He can be reached at rmarr@metroweekly.com.
← Previous Story New Jersey education guidance says teachers not required to “out” transgender students to their parents
Next Story → Philadelphia Archbishop: “There is no such thing as an ‘LGBTQ Catholic'”