Lynch calls it a "throwback to those specials in the late '50s, early '60s" 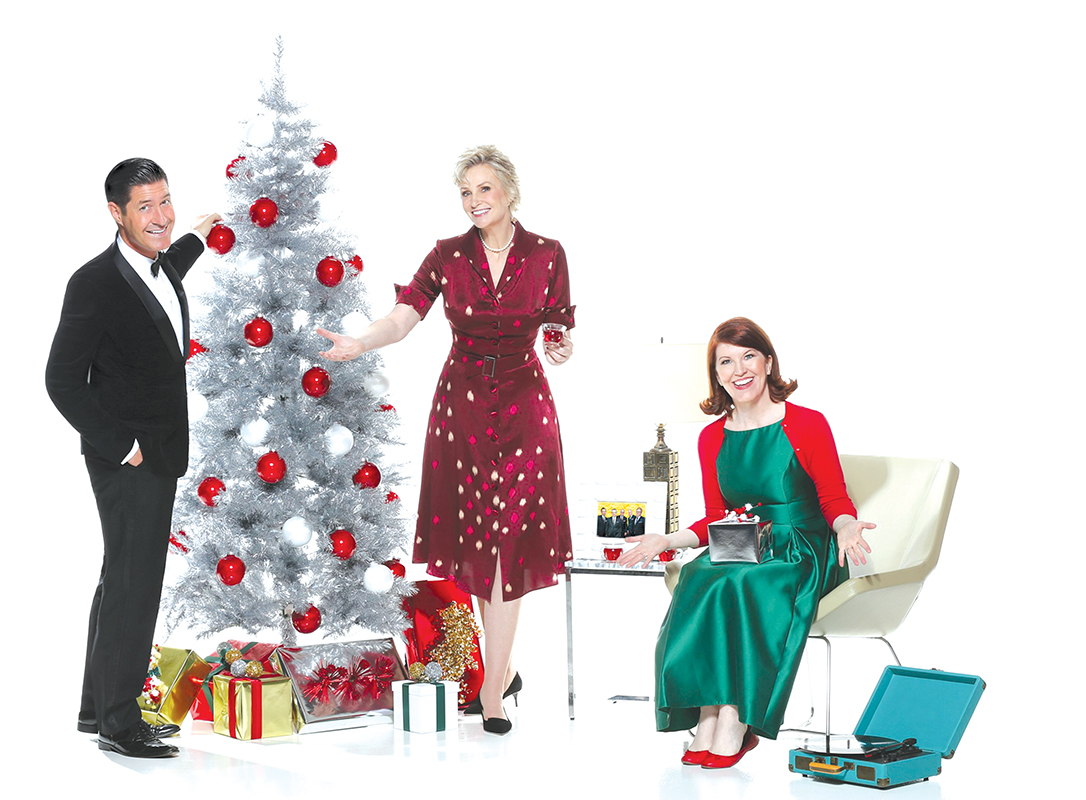 “It’s a throwback to those specials in the late ’50s, early ’60s and that kind of music,” Jane Lynch says of her cabaret, A Swingin’ Little Christmas. “It’s celebrating that kind of Christmas music that endures, the stuff that we listen to every year that was recorded by Bing Crosby and Rosemary Clooney and The Andrews Sisters — that kind of sound.”

The holiday show also features Kate Flannery, familiar to many as Meredith from The Office, and Tim Davis, a singer regarded for his versatility in musical genres. “It’s basically the three of us together up there with the Tony Guerrero Quintet behind us,” says Lynch. “It’s a very lively show.”

The evening grew out of an album of jazzed-up Christmas tunes recorded by Lynch, Flannery, and Davis in 2016. “The tour is growing exponentially with each year,” says Lynch. “We started out with four shows in San Francisco the first year. Then we had 14 shows in 2017. And this year, we’re doing 34 shows all over the country.”

Lynch seems to be everywhere and in everything these days. Her already high national visibility, thanks to her Emmy-winning turn on Glee as the show’s nemesis, Sue Sylvester, was boosted further after she began hosting NBC’s popular Hollywood Game Night (“It’s like throwing a party, and you have a bunch of really shiny, funny, bright people show up”) and made several memorable appearances as a maladjusted FBI investigator on CBS All Access’ The Good Fight (“I think she’s sociopathic. It really doesn’t bother her that she might send somebody to jail for the rest of their life”). Her most recent project, voicing Sergeant Tamora Jean Calhoun in Ralph Breaks the Internet, just hit theaters.

A proud member of the LGBTQ community, Lynch doesn’t mince words when it comes to threats from the current administration. But she’s more concerned with the bigger picture.

“What’s going on now and the phase we’re in is bigger than just LBGTQ [issues],” she says. “It’s about everything except Donald Trump, who’s the only one who seems to be getting anything out of this. There’s a target on everybody’s back. I just keep holding my breath, hoping we’re going to get through it…. We just have to recognize that [the Trumps] are an anomaly in American politics, and hopefully sanity will be restored.” —Randy Shulman

Randy Shulman is Metro Weekly's Publisher and Editor-in-Chief. He can be reached at rshulman@metroweekly.com.
← Previous Story Theater Review: Anything Goes at Arena Stage
Next Story → Oscar Ceville on playing Bronco Internationale: “Thank God I go to the gym”