Shakespeare Theatre's "An Inspector Calls" is visually stunning, but loses details in its to-the-rafters delivery 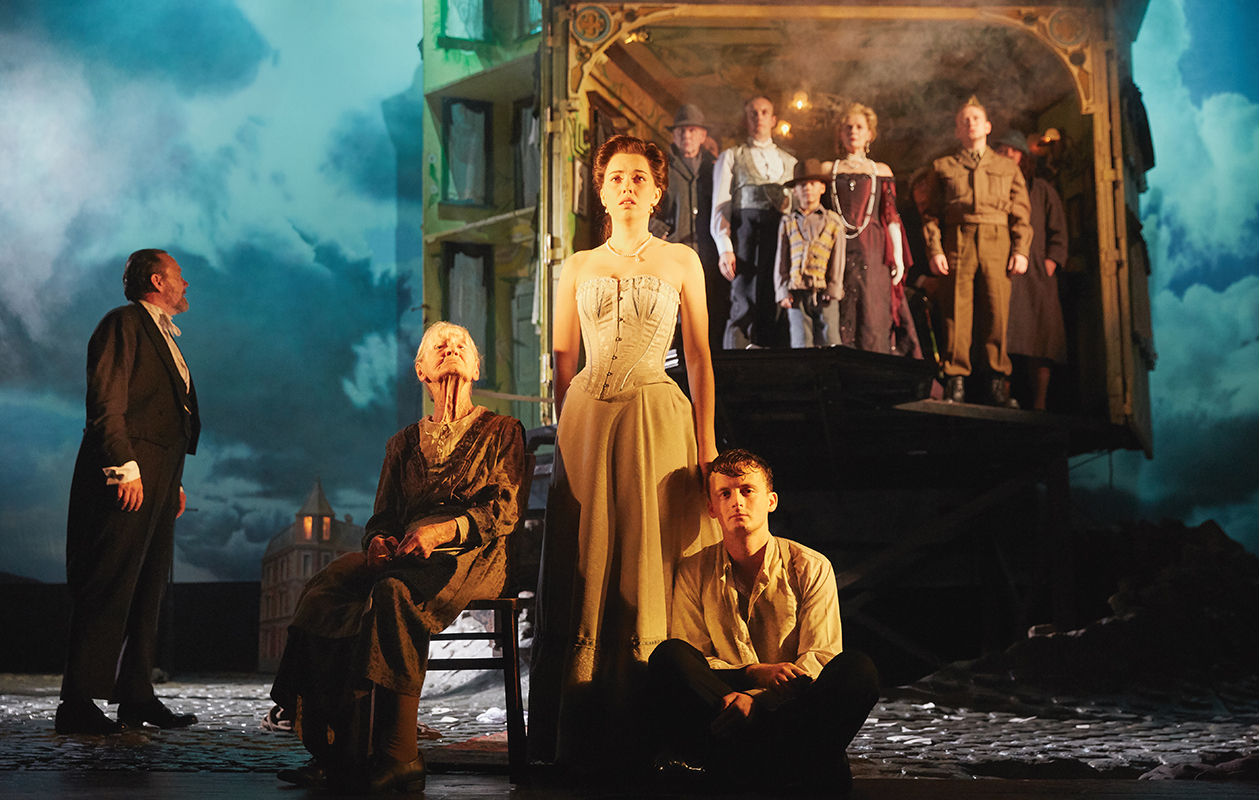 However one responds to the wider interpretations, there is nothing obtuse in the story: a police inspector arrives at a dinner party to announce that a young woman has committed suicide. As the evening unfolds, the inspector questions each family member in turn, and in doing so much is revealed of their values and their relationship to the woman in question. It’s quickly established that she is working class and that the family members view themselves as, if not aristocrats, then upper-middle class (in the English sense). Thus, it is truly an “inspection” of the way in which each has relied on the stratification of society to justify their actions, attitudes and, ultimately, callous disregard for another human being.

And Priestley has no interest in hiding his message — to the point of having the inspector deliver a speech beseeching us all to treat others with compassion. Written in 1945, he may have been exploring any number of realities in Britain at the time: the enduring injustices of a deeply-rooted class system; the vestiges of stifling and often ruthless Victorian values; the soul-shaking horrors of a war that had only just ended. Seeing the story in these terms makes its unfolding more meaningful, even if it can never quite overcome its slightly methodical feel. Ultimately, it is not so much a whodunit as a whydunit.

That said — and this is partly the result of using the larger Sidney Harman versus the more intimate Lansburgh theater — there is something a bit shouty about the production. Trying to be heard as they move in and out of the (spectacular) house, visit phone booths, and roam the large stage, requires a lot of projection. The gain is a cavernously atmospheric sense of place, the loss is that it’s all writ too large for much nuance — either in expression or voice — though the ensemble does much with their body language to make up for it.

The inspector, aptly named Goole, is a pivotal role and Liam Brennan largely delivers the goods, playing him with a kind of impenetrable determination that does much to drive the drama with the necessary momentum. He does a fair amount of mysterious this and that — connecting silently with a small boy on the perimeter of the action, taking off his jacket and rolling up his sleeves — and it all suggests a bit of portent and adds to the absurdist lean here. In counterpoint to the calm and collected Goole is Jeff Harmer’s Mr. Birling, the family patriarch. Interestingly, Birling’s accent is Northern, suggesting (intentionally or otherwise), that he is self-made versus born to it, and, if you are inclined to see the play in such terms, it adds an intriguing dimension to the questions of class. Harmer plays it grumpy and highly-strung and it works.

Far more to the manner born is Christine Kavanagh’s Mrs. Birling, who offers a regal bearing and all-around intolerance for anything she perceives to be beneath her. Kavanagh is a strong presence, but there isn’t the intimacy for a more nuanced take. As her daughter, Sheila Birling, Lianne Harvey certainly uses the space, but her voice is a tad too delicate for the surrounds. The choice to have her — the young female of the cast — partly disrobe grated, even if she doesn’t reveal much. Aren’t we past this yet?

As her fiancé, Gerald Croft, Andrew Macklin delivers the right amount of buttoned-down entitlement, but again — at the risk of sounding repetitive — anyone familiar with old British films will hanker for more subtle affectation, both vocal and expressive. Bringing a sense of volatility if not wholly convincing is Hamish Riddle as Eric Birling, the young family scion. Finally, miming as the family factotum, Diana Payne-Myers deliver some amusingly silent commentary.

All told, there is something compellingly skew-whiff in the way Daldry delivers Priestley’s deceptively simple message. It gives one just enough pause.