By John Riley on December 6, 2018 @JohnAndresRiley 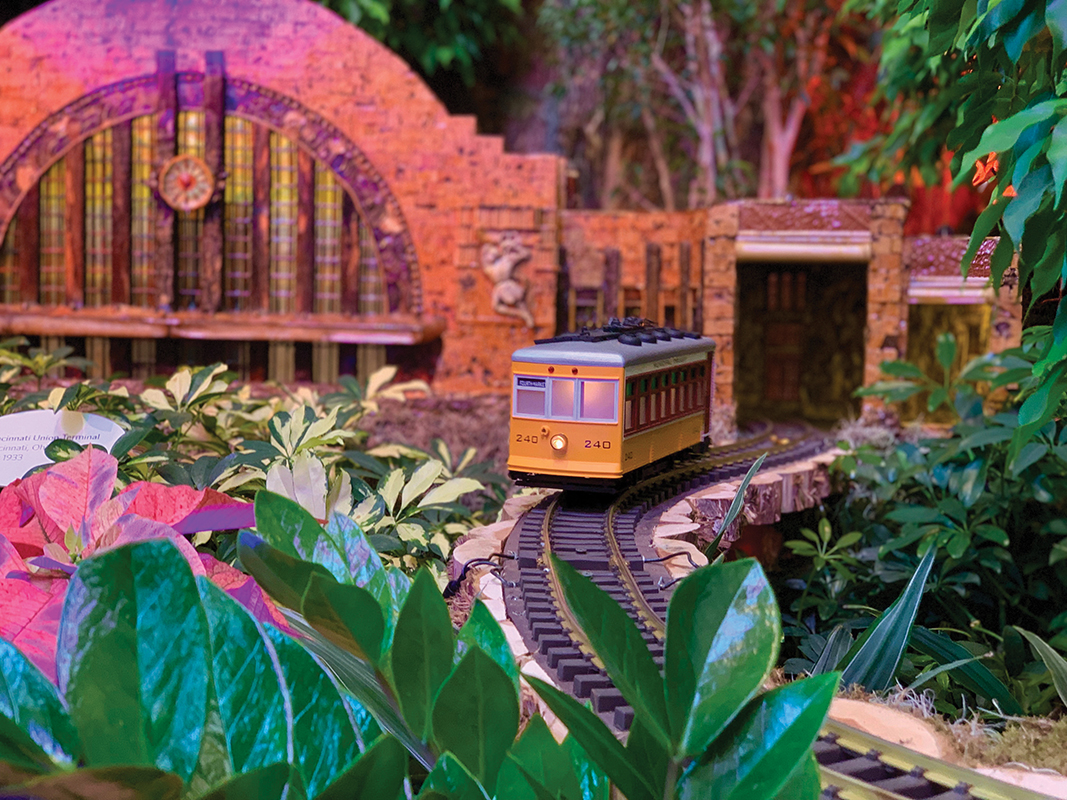 “Trains have an interesting place in our history and culture,” says Devin Dotson. “While today, some people, especially in urban areas, think of trains in terms of light-rail or subways or Amtrak, in most of the country people don’t interact with them as much. They have this whimsical, nostalgic view of trains.”

That whimsy is on full display in Season’s Greetings: All Aboard!, the U.S. Botanic Garden’s annual celebration of all things railroad. Started two decades ago, the series features various model trains winding their way through the garden’s flora and foliage.

And for its 20th year, the exhibit’s trains will have special new routes, winding their way through miniature replicas of 31 iconic train stations across the United States, from New York’s Grand Central Terminal to Mississippi’s Vicksburg Train Barge to Washington’s own Union Station — all fashioned from parts of more than 100 different plants.

“Train stations, as they were built over time, were really tied in with agriculture,” says Dotson, an exhibits specialist at the Botanic Garden. “So the 31 stations we have in the train show tell the story of how those stations interacted with the agriculture and plants in that section of the country.”

On select Tuesdays and Thursdays, the conservatory will stay open until 8 p.m. for seasonal music performances as part of the Botanic Garden’s holiday concert series. Upcoming performances include the Russian folk music group Samovar on Dec. 11, Dial 251 for Jazz on Dec. 13, smooth jazz artists Tony Craddock, Jr. and Cold Front on Dec. 18, and The Capital Hearings a cappella group on Dec. 20.

“The variety of musical groups we invite to play here give people just another reason to visit,” Dotson says. “There’s a lot going on and a lot to see, and as we’re open every day of the year and free. So I think many local families have made it part of their Christmas traditions.”

John Riley is the local news reporter for Metro Weekly. He can be reached at jriley@metroweekly.com
← Previous Story Smithsonian Folklife Festival is a mix of far-flung cultural traditions, modern art, and feminist musicians
Next Story → The Pride of Awesome Con: 14 LGBTQ Artists on why Pride Alley matters