No big cats, elephants, or dolphins have been harmed in the making of the show 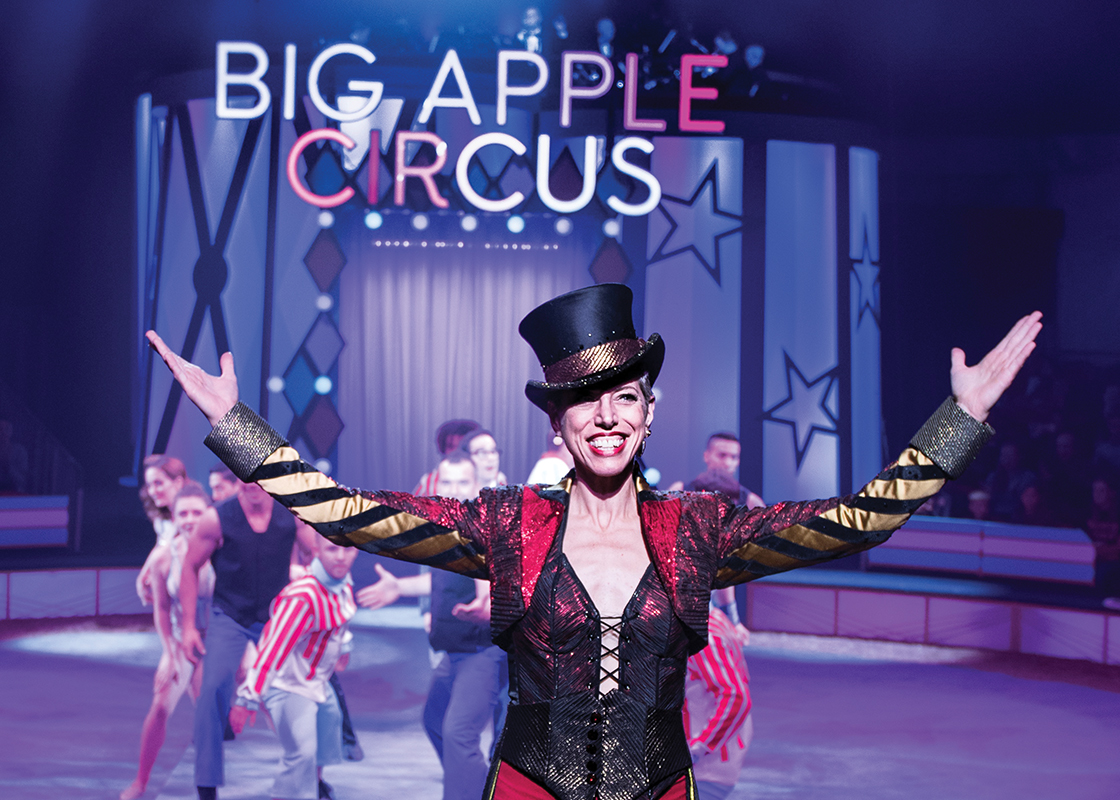 “When you see the animals in the ring, and when you see her with them, you definitely get the sense that these are important parts of her family,” says ringmaster Stephanie Monseu of her colleague Jenny Vidbel.

We’re not talking exotic animals here — no big cats, elephants, or dolphins have been harmed in the making of the Big Apple Circus show. Vidbel, the company’s animal handler, only works with mammals of the domesticated kind: specifically, rescue dogs as well as horses who have “retired from performing in other capacities.”

“Vidbel is an incredibly humane and loving trainer who works with the animals to find out what they love to do naturally,” says Monseu. As it happens, horses have played a natural, pivotal part in the development of this whole genre of entertainment — right down to the name. “The word ‘circus’ [itself] refers to the circle that was measured out based on the smallest circumference that a galloping horse could run,” Monseu says. “The circus…evolved around horses. For the Big Apple Circus, it’s thrilling to be able to keep that tradition alive.

“The ringmaster was traditionally the equestrian director, or somebody who trained and presented the horses,” she adds. In that regard, Monseu bucks tradition. She’s a self-described “art school dropout” who has focused her career doing pretty much everything in the circus arts except working with horses and other animals — from juggling to stilt-walking to flying trapeze.

Monseu is the fourth female ringmaster in the Big Apple Circus’ 41-year history. “Circus in general has a really long tradition of powerful women being in positions of creative responsibility,” she says. That holds true today with the company’s current show, which features an impressive number of female-led acts and is directed by several New York theater veterans.

“It really is Broadway under the big top,” Monseu says. “The production value is really high, the lighting is beautiful, the set is pristine, the band is phenomenal. And we have the full spectrum of thrilling skills,” from the eight-person trapeze act the Flying Tunizianis, to the “very unique horizontal juggling” ace Victor Moiseev, to comedic character clowns Mark Gindick and Adam Kuchler.

“There’s something for everyone,” adds Monseu, who sees her job as helping audiences “suspend disbelief, and experience wonder in a way that we don’t really do in our daily lives.”

Performances run through March 24 at National Harbor, 238 Waterfront St., in Oxon Hill, Md. Tickets start at $15, or $25 for VIP access to the Mirror Room with special amenities, a specialty cocktail, popcorn, cotton candy, and welcome gift. Call 212-257-2330 or visit www.bigapplecircus.com.