National Cherry Blossom Festival 2019: Your Guide to the Best Events

Everything worth seeing and doing during D.C.'s annual foliage festival 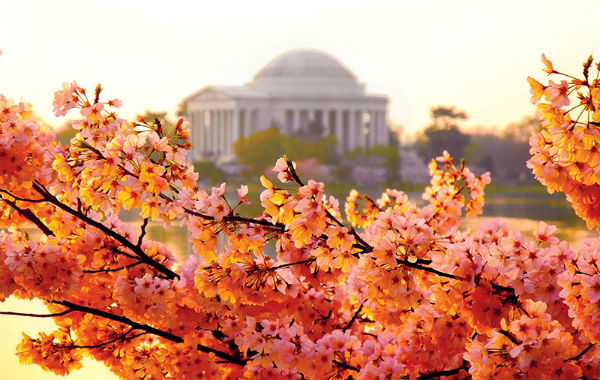 We’re still a week out from the peak of pink-hued blossoms along the Tidal Basin, per the National Park Service’s prediction for the cherry trees (April 3-6).

But the annual four-week festival waits for no bloom, continuing into its second weekend with two premium events: the Cherry Blast, a party featuring “an unforgettable secret garden,” Japanese cultural performances, dueling DJs, art, as well as a headline performance plus DJ set from pop/R&B hitmaker and former The Voice judge/coach CeeLo “Crazy/Fuck You” Green, on Saturday, March 30, starting at 7 p.m., The Theater at MGM National Harbor (tickets are $25, or $100 for VIP with open-bar, exclusive suite and dedicated seating, and Japanese buffet); and the 9th Annual Blossom Kite Festival on Saturday, March 30, from 10 a.m. to 4:30 p.m., on the grounds of the Washington Monument, near 17th Street and Constitution Avenue NW.

Other highlights this weekend and next week, all free unless noted otherwise, include:

A Japanese Classic Film screening of The Makioka Sisters, Kon Ichikawa’s lyrical adaptation from 1983 of the beloved novel by Junichiro Tanizaki, following four siblings as they run their family’s kimono manufacturing business in the years before the Pacific War, on Wednesday, April 3, at 2 p.m., in the Meyer Auditorium at the Freer Gallery of Art.

The Jasper Quartet concert “The Spring of Akira Nishimura” featuring works by the former composer-in-residence with the Tokyo Symphony Orchestra, among others, on Thursday, April 4, at 7:30 p.m., in the Meyer Auditorium.

“Architecture as Metaphor” lecture by Jordan Sand, professor of Japanese History and Culture at Georgetown University, about a pair of shrines in Ise, Japan’s most famous sacred site, on Friday, April 5, at 1 p.m., in the Mary Pickford Theater at the Library of Congress.

Petalpaloooza, an afternoon of live music on multiple outdoor stages plus a beer garden and a fireworks display, in Southwest’s Wharf complex, Saturday, April 6, from noon to 9:30 p.m. Visit www.nationalcherryblossomfestival.org for more information and additional events.