Transgender woman beaten into unconsciousness by mob in Dallas 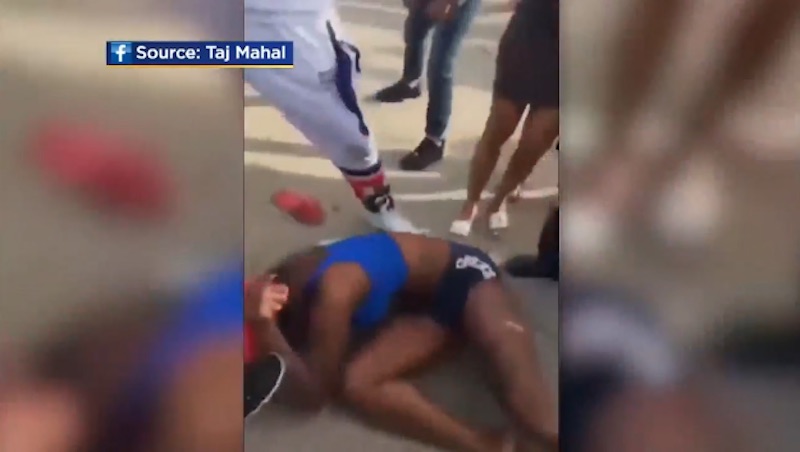 A transgender woman is recovering after being brutally beaten to the point of unconsciousness by a mob of people in Dallas.

The attack followed an altercation that stemmed from a minor traffic accident.

On Friday, Muhlaysia Booker, 23, sought treatment from a local hospital for injuries, including a broken wrist and several face fractures. While there, she told hospital workers and police that she was assaulted by a group of people who began yelling homophobic slurs while they were beating her.

Police later found video, shared via social media, showing a series of individuals beating Booker as she tried to cover her head to protect herself while a mob of people cheered the assailants on.

The video appears to show Booker beaten until she becomes unconscious, at which point a group of women carried her body away from the melee.

Police later confirmed Booker had lost consciousness during the attack.

The attack happened on Friday evening between 5 and 6 p.m. at the Royal Crest Apartments in the 3500 block of Wilhurt Avenue.

Police later arrested 29-year-old Edward Thomas for his alleged “role in the aggravated assault,” which the Dallas Police Department says it has flagged as a hate crime, reports Dallas-Fort Worth affiliate NBC 5.

The investigation into the attack remains ongoing, with police looking at “several other suspects” shown joining in on the assault on Booker.

Dallas Mayor Mike Rawlings said in a Facebook post that he was “extremely angry about what appears to be mob violence against this woman” after viewing the video.

“Those who did this do not represent how Dallasites feel about our thriving LGBTQ community,” Rawlings said in  a statement. “We will not stand for this kind of behavior.”

You can see the video of the beating below, courtesy of YouTuber TajTV (Warning: Video is extremely violent and NSFW):