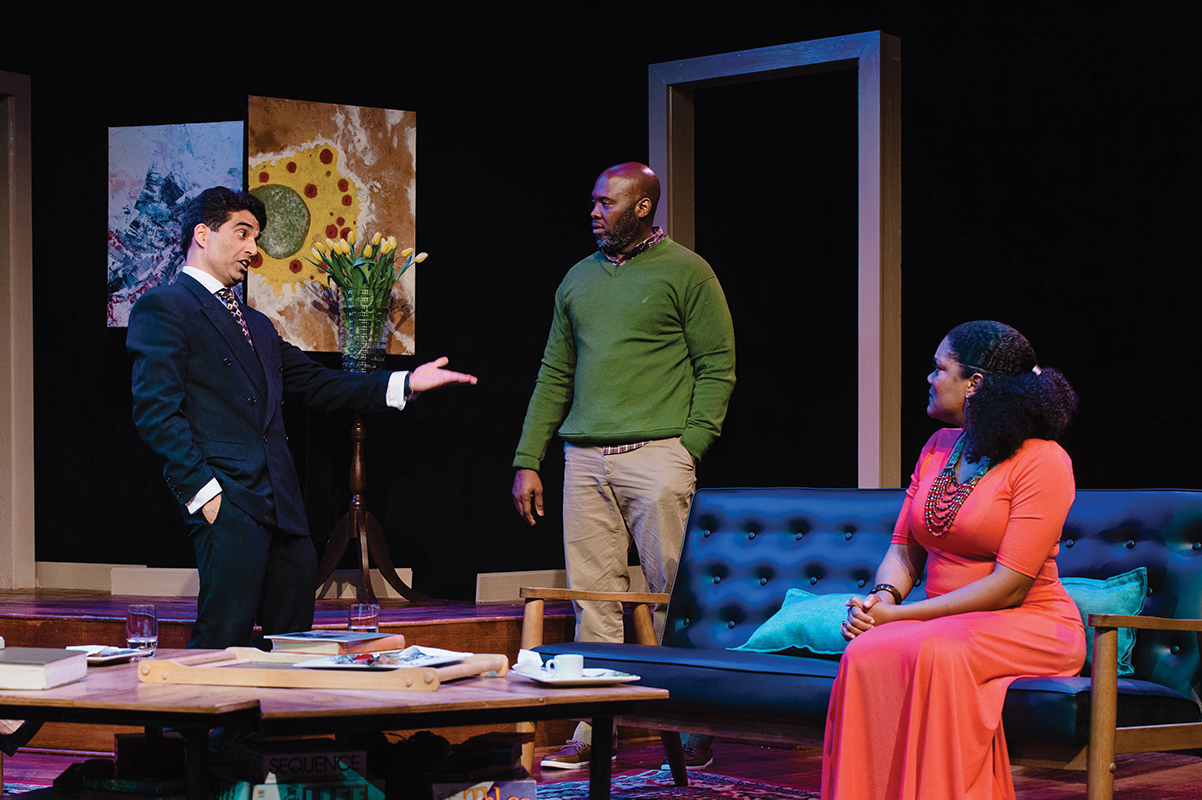 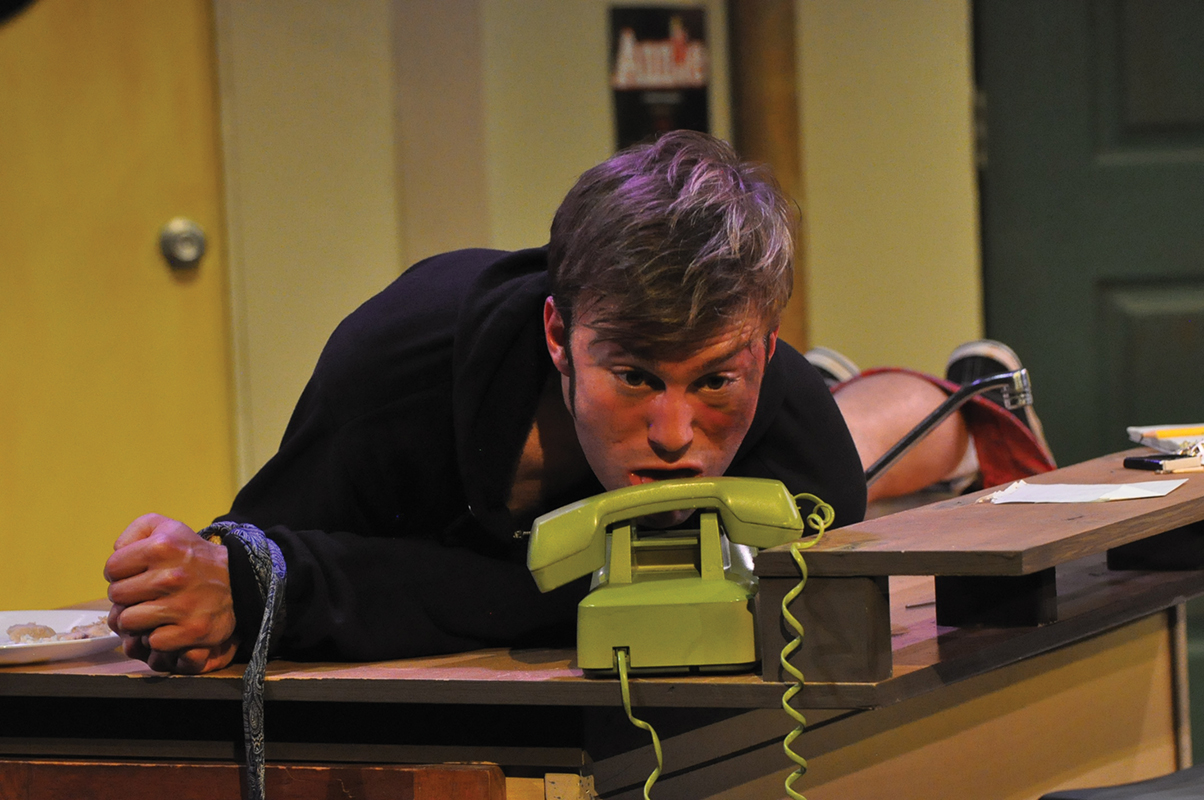 P.S. Your Cat Is Dead at Dominion Stage

P.S. YOUR CAT IS DEAD

James Kirkwood, Jr.’s play was one of the first stage works to address gay themes. But it was also a flop in its original Broadway incarnation, and far overshadowed by its gay writer’s contribution to another, superior 1975 production that also tackled gay themes — the musical A Chorus Line. Virginia community theater company Dominion Stage revives the play about a man who catches a burglar in the act and proceeds to hold him hostage over a long New Year’s Eve. Weekends to May 18. Gunston Theatre Two, 2700 South Lang St. Arlington. Tickets are $20. Call 571-DS-SHOWS or visit www.dominionstage.org. 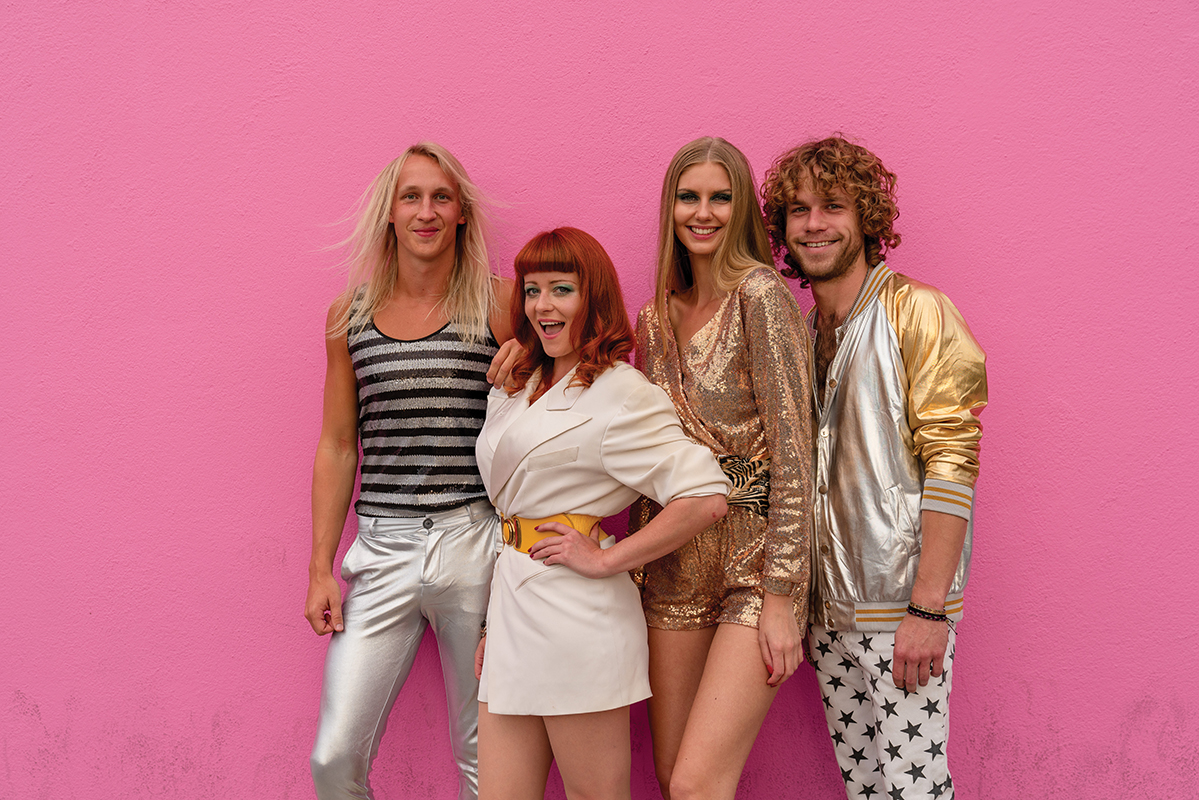 Josephine Forsman of the band Sahara Hotnights and Nathan Arling of Urge Overkill formed this modernized ABBA tribute act in 2017. Swedish singer Diana Ebe, U.K. singer Alison Garner, Chicago artist Evan Hand, and Swedish guitar player Adam Skeppar are the stars of the show, which aims, according to Garner, “to take the sound of ABBA into the new generation, adding a big electronic dance vibe to the already ultimate pop song along with visual art, fashion, and the style of ABBA.” To that end, they enlisted sound producer Greg Collins (U2, No Doubt) and art and video projection designer KII Arens (Lady Gaga, Katy Perry). Thursday, May 16. Doors at 6:30 p.m. The Hamilton, 600 14th St. NW. Tickets are $15 to $25. Call 202-787-1000 or visit www.thehamiltondc.com. 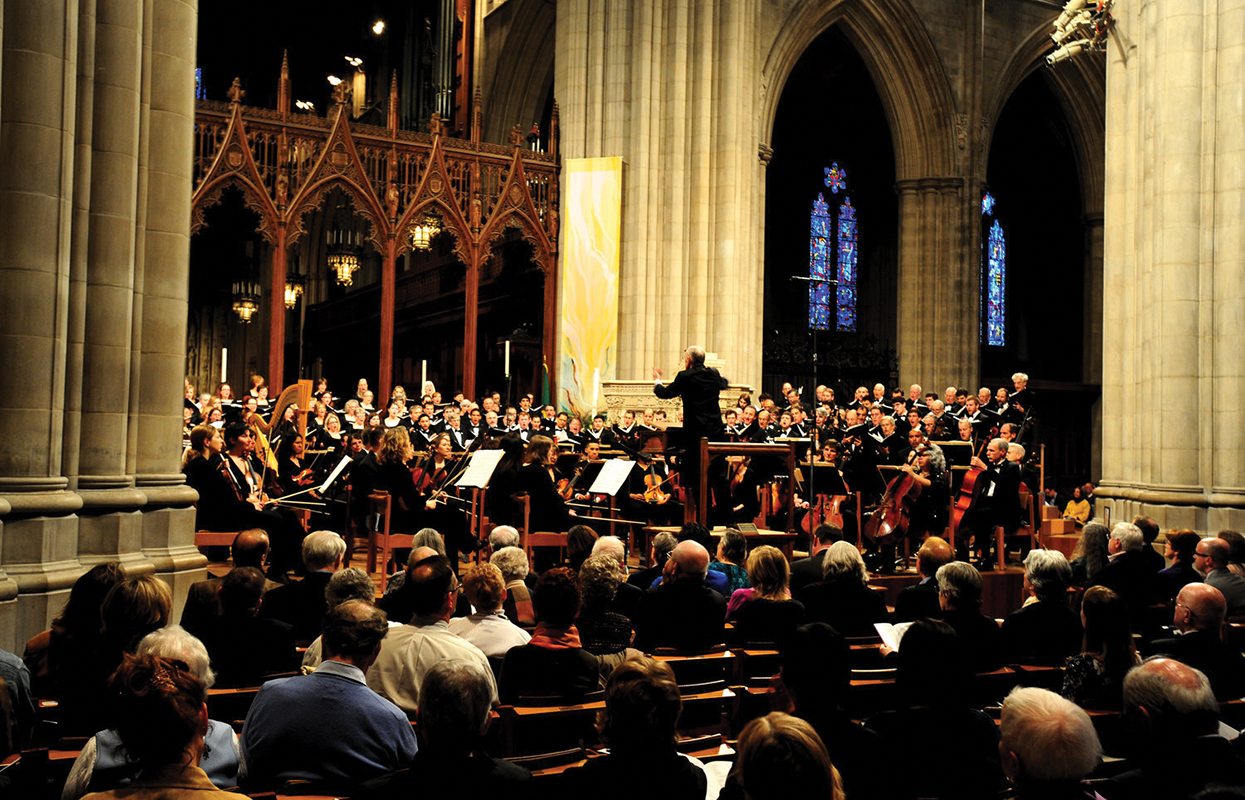 The City Choir: Baroque and Beyond — Photo: Jill Bochicchio

THE CITY CHOIR OF WASHINGTON: BAROQUE & BEYOND 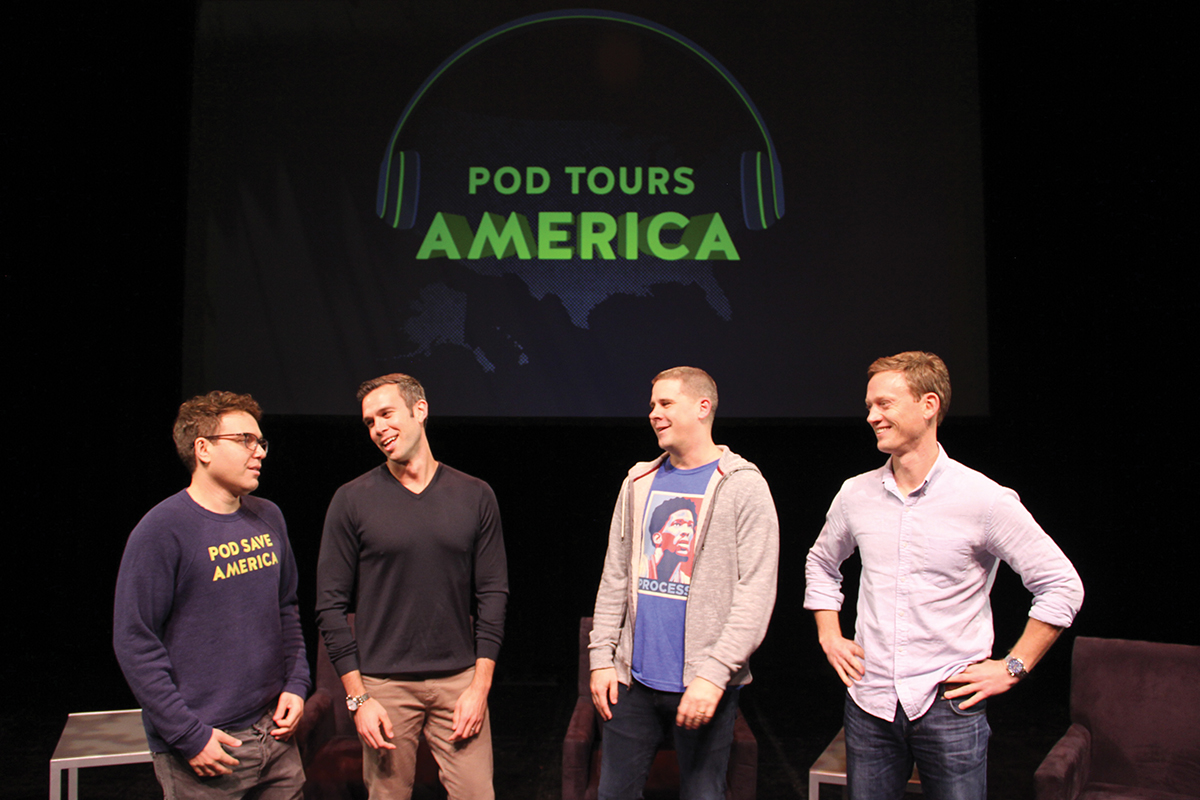 Crooked Media presents another live showcase of its politically minded, progressive-bent podcast network featuring a quartet of funnymen, all former Obama White House staffers. The lineup includes Dan Pfeiffer as well as the three co-founders of Crooked Media: Tommy Vietor, Jon Favreau, and Jon Lovett, the gay host of the hysterical podcast Lovett or Leave It. Expect, “A live, no-bullshit conversation about politics, the press, and the challenges posed by the Trump presidency.” Sunday, May 19. Doors at 5:30 p.m. The Anthem, 901 Wharf St. SW. Tickets are $35 to $125. Call 202-888-0020 or visit www.theanthemdc.com. 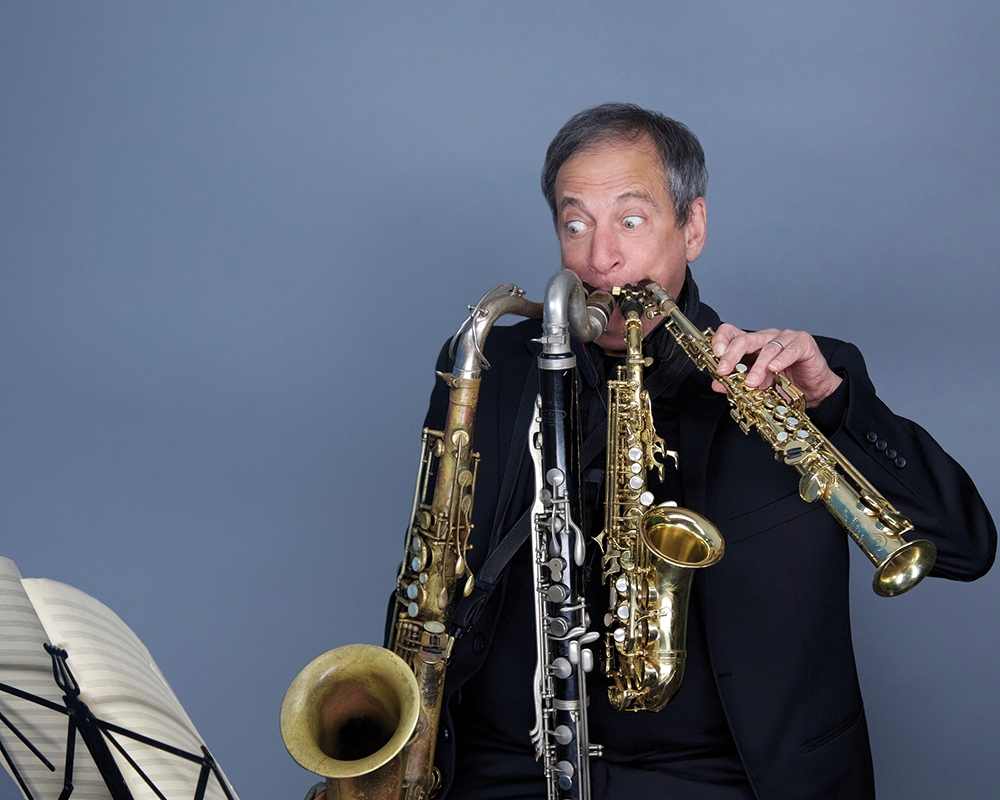 A jazz comedian who is also the former creative director of Radio City Music Hall offers a night of comical insider stories along with music in the one-man show Exactly 67 Minutes with an Unstable American Musician. The anecdotes range from working on Super Bowl Halftime shows with Michael Jackson and Gloria Estefan to off-the-wall gigs with many of the greatest jazz players in the world. Sunday, May 19, at 2 p.m. Drafthouse Comedy, 1100 13th St. NW. Tickets are $20 to $25. Call 202-750-6411 or visit www.drafthousecomedy.com. 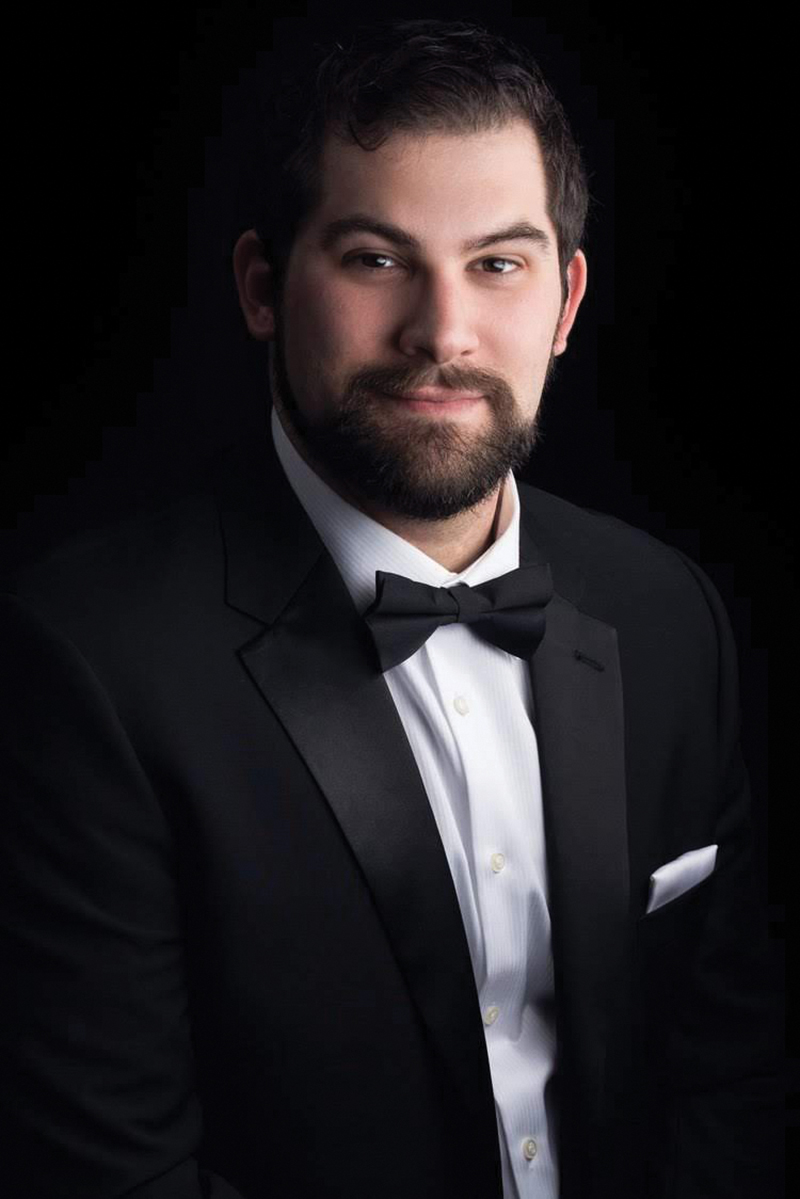 Excerpts from Il Trovatore, La Traviata, and Rigoletto — three of Verdi’s most celebrated operas — will be performed by featured vocalists Javier Arrey, Nayoung Ban, Marco Cammarota, Yongxi Chen, Daryl Freedman, and Raquel Gonzalez. They will be accompanied by the 50-member Maryland Lyric Opera Orchestra under the baton of Louis Salmeno. Saturday, May 18, at 7:30 p.m., and Sunday, May 19, at 2 p.m. Kay Theatre in the Clarice at the University of Maryland, University Boulevard and Stadium Drive. College Park. Tickets are $25 to $60. Call 301-405-ARTS or visit www.theclarice.umd.edu.

Dance Place’s annually curated showcase features some of the best new works by established and emerging area choreographers. Top billing goes to 2018 New Releases Commission recipient Jamal Abrams (pictured) and his new work meeting blue, an autobiographical solo focused on trauma — how to interrupt, accept, cleanse, then redirect into healing. The program also features: Kasi Aysola of the Bhanta Natyam-focused Prakriti Dance, performing Thillana; Da’Shown Rawls of RawArts Dance Company with Tie Me with Your Eyes, about the aftereffects of taking care of someone with schizophrenia; Bre Seals of The BREathe Dance Project and How We Got to Now; Robert Woofter of haus of bambi, a local movement-based company that produces “genderless and gendermore fantasies for stage and screen,” including the short film ayo sis, exploring queer worldmaking via euphoria and fantasy; and the duo Samantha Sobash and Lauren Sotolongo with Forbidden Fruit, a collaborative, multimedia performance. Saturday, May 18, at 8 p.m. Dance Place, 3225 Eighth St. NE. Tickets are $15 to $30. Call 202-269-1600 or visit www.danceplace.org.