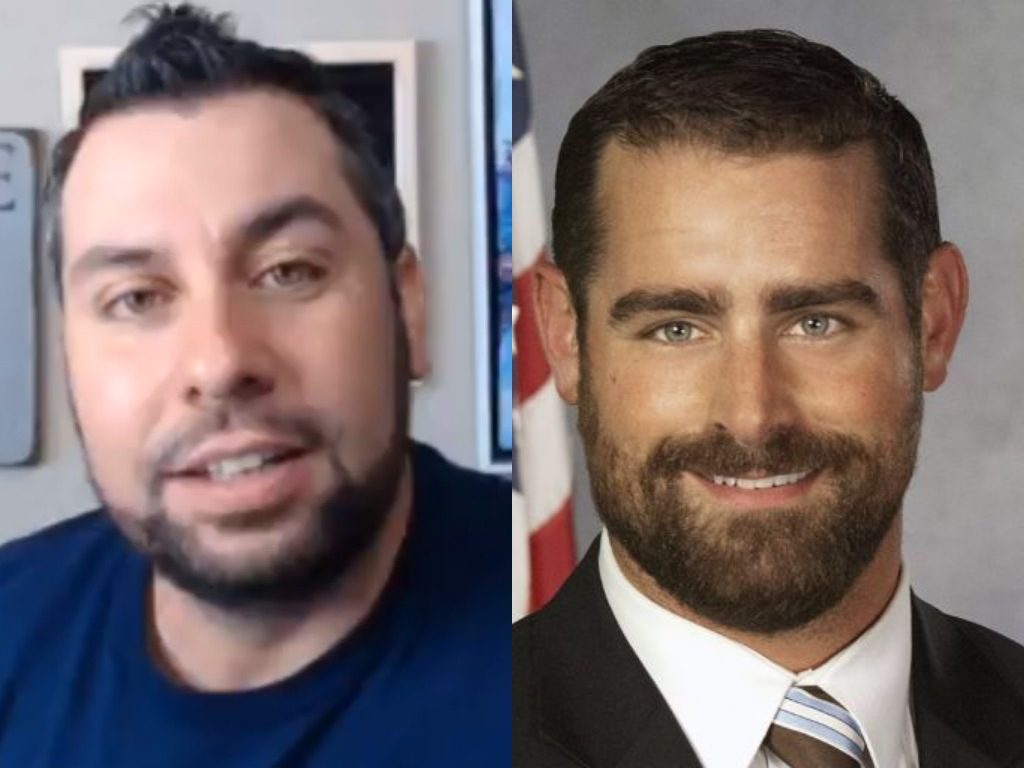 A Republican radio host and MAGA activist is demanding that Pennsylvania state Rep. Brian Sims “prove” his sexuality by performing oral sex on a man.

Brenden Dilley, host of The Dilley Show, said he wanted to see Sims “suck a dick,” and claimed the openly gay politician was lying about his sexuality to “[provide] coverage for his behavior.”

“Brian Sims. Are you guys ready? This dude’s not fucking gay,” Dilley said in a segment spotted by Right Wing Watch. “Sims doesn’t like the dick.”

Dilley then claimed that “the rumor in Pennsylvania” is that “Sims pretends to be gay because it provides coverage for his behavior. Because he knows that anybody who goes against him can be accused of being called a bigot.”

The MAGA activist again claimed that in political circles in Pennsylvania, “the rumor…is this motherfucker is straight.”

Dilley then addressed a recent controversy embroiling Sims. The politician came under fire from conservatives for posting videos to social media of Sims confronting anti-abortion protesters outside a Planned Parenthood clinic in Philadelphia, including offering money to those who could identify a mother and her teenage daughters who were protesting outside.

Sims later apologized for being “aggressive” in the videos, but said he would “fiercely protect a woman’s right to make the best choices for her health & her body, unimpeded.”

Dilley said Sims “wanted to bring the fucking hate” on himself, before telling his viewers to “find me Sims’ girlfriend. This dude is not gay.”

He then said that in order to prove Sims is gay, “we should demand to see him suck a dick.”

Watch his full rant below:

MAGA activist Brenden Dilley insists that Pennsylvania state Rep. Brian Sims is not really gay and challenges him to "suck a dick" to prove otherwise. pic.twitter.com/qq6YLhAaJA

Sims, who was first elected to the Pennsylvania House of Representatives in 2012, is a prominent LGBTQ activist.

Last month, he revealed on social media that he takes PrEP, and shut down those who would shame others for taking it.

“‘Stigma’ is the thing our enemies want us to be stunted by,” Sims wrote. “It literally kills us. It’s stupid and we control our own fate. No shame in this game. Just Pride.”

In January, Sims highlighted the ineffectiveness of Facebook’s content review system, after he was temporarily banned from the social network after highlighting homophobia by sharing a post in which another user referred to him as a “faggot.”

And last year, Sims went viral after posting a photo of himself raising his middle finger to “officially welcome” anti-LGBTQ Vice President Mike Pence to Philadelphia.

“Vice President Mike Pence let me be the first person to officially welcome you to the City of Brotherly Love, and to my District in the State House,” he wrote. “To be clear, we’re a City of soaring diversity. We believe in the power of all people to live and to contribute: Black, Brown, Queer, Trans, Atheist, Immigrant, we want you and we’ll respect you.”

Rhuaridh Marr is Metro Weekly's online editor. He can be reached at rmarr@metroweekly.com.
← Previous Story Iowa State University settles transgender employee’s lawsuit for nearly $28,000
Next Story → Dan Lipinski criticized for being the only House Democrat not to sponsor the Equality Act