A rapid-fire spoof of one of Hitchcock's most famous films 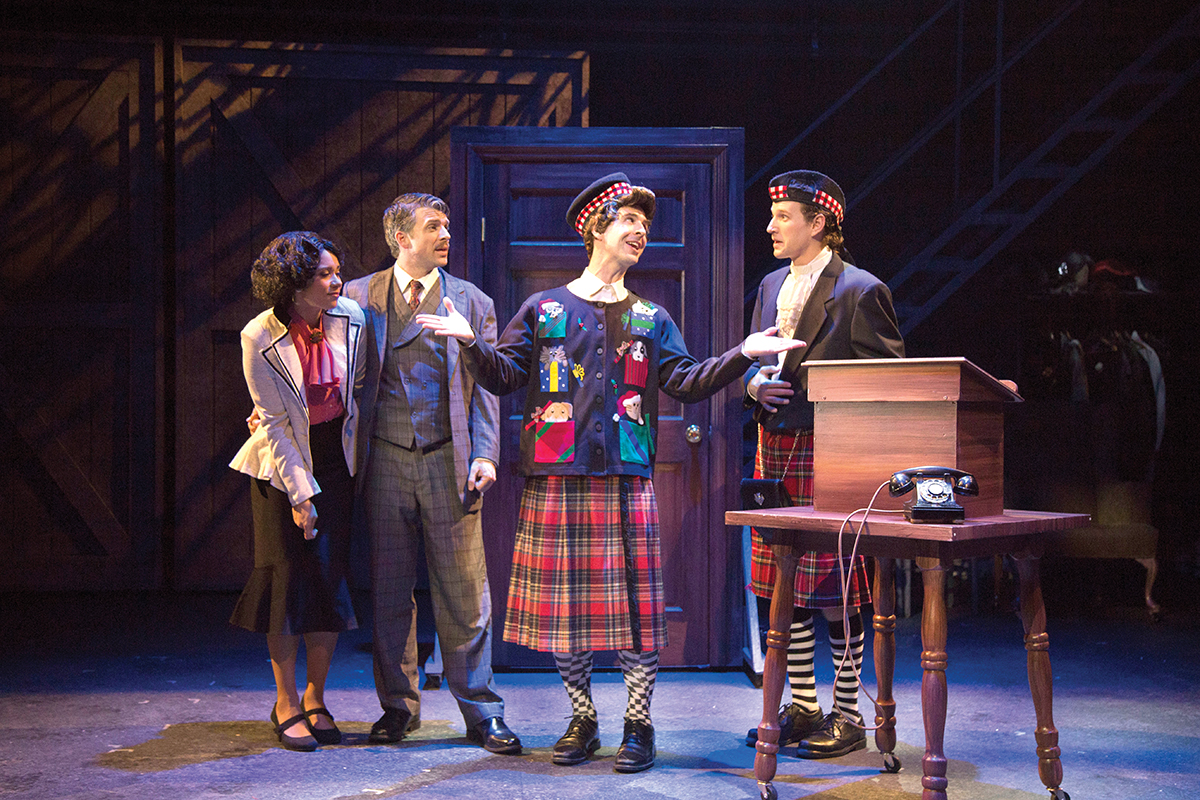 Among the dozen or so characters Michael Wood plays in The 39 Steps, a whiz-bang spoof of one of Alfred Hitchcock’s most famous early works, one appears onstage for a mere 12 seconds.

“You can do a lot in 12 seconds,” says the 35-year-old actor. “You can tell people a whole story in 12 seconds. It’s during a moment when we are leaping back and forth, rapid fire, between a lot of different characters in a kind of bravado moment. It’s a lot of fun to do.”

Adapted by Patrick Bristow, The 39 Steps features only four actors. “One plays our leading man,” says director Joseph W. Ritsch. “The three others play everybody else from the film. I think it’s 30 characters between them. It moves real fast.”

“I get to play a very antagonistic…professor who is making life very difficult for the leading man,” says Wood. “It’s fun to get to play a villain, because often I’m cast as nice guys or best friends. Someone else I get to play is Mrs. McGarrigle [pictured above, center]. She’s a Scottish innkeeper and is smitten with the leading man and his leading lady.”

Ritch, who serves as Rep Stage’s Producing Artistic Director, selected The 39 Steps because he wanted to provide audiences comic relief from the rigors of the daily world.

“For a lot of us right now, particularly those of us in the LGBTQ community, there’s a lot of things to be worried about with the current administration,” he says. “So just to go and have two hours to forget about all that, and laugh in a communal environment, I think, is really important. As a producer, as I get older, I feel like my heart is opening up to the importance and the power of pure entertainment. Sometimes we just need to come to the theater to have a good time.”