Those close to Dante Austin, who took his own life, believe he was struggling with depression prior to his death 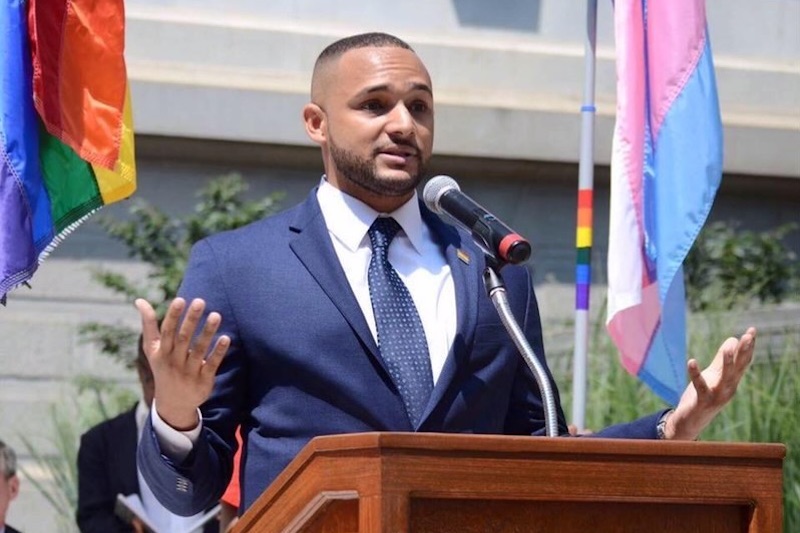 The LGBTQ community in Philadelphia is mourning the loss of one of their own after the unexpected death of the city’s first openly gay deputy sheriff and community liaison.

Dante Austin, 27, was found dead at his desk last Friday a gunshot wound, according to the Philadelphia Sheriff’s Office.

The Philadelphia Medical Examiner’s Office has confirmed that the wound was self-inflicted.

Austin’s death came as Philadelphia kicked off Pride celebrations last weekend. In his memory, Philadelphia City Hall flew the rainbow Pride flag at half-staff to mourn the loss of someone who, by all accounts, was kind, compassionate, and eager to help others.

“This is a tragedy for the Sheriff’s Office, Deputy Austin’s family and the local LGBTQ community,” Sheriff Jewell Williams said in a statement. “We send our deepest condolences to Dante’s family, and the many colleagues and community members whose lives he touched with his limitless kindness, expansive heart, and remarkable talent.”

“Dante was a person who believed in and cared about everybody,” Williams added. “He had the highest score on the Deputy Sheriff’s exam when he was hired in November 2013. He was our first openly gay deputy sheriff and we promoted him to become our first LGBTQ community liaison in May 2017. Dante was scheduled to be promoted to Sergeant on July 1, 2019.”

Austin, who previously served in the Pennsylvania Army National Guard, was apparently under a tremendous amount of stress when he died, his sister, Amber Kee, told the Philadelphia Inquirer.

“He had an amazing life. I think it just shows that depression and mental health will affect anybody,” Kee said. “It wasn’t as if something happened to him to make him take his life. It was depression.”

Terrell Green, one of Austin’s close friends, told the Inquirer that a recently broken off engagement and the death of his 9-month-old goddaughter in May may have contributed to Austin’s depression.

Despite his tragic death, Austin was remembered fondly by many members of the LGBTQ community, who gathered for a memorial service at the William Way LGBT Community Center on Friday, according to the Huffington Post.

The center also offered peer counseling to anyone needing to talk about Austin’s death or any other issues.

The Mayor’s Commission on LGBT Affairs released a statement honoring Austin’s contributions to the community.

“Dante worked tirelessly, always, to lift up the most marginalized among us, to secure safety and protection for the most vulnerable, and to serve his community with unparalleled dedication and a warmth and generosity that moved so many of us,” the statement said.

“Dante’s legacy is one of boldness, bravery, compassion, and an unfailing commitment to a kinder and more just world for all. As we move forward in mourning and honoring our friend and colleague, may we cherish and celebrate the ways he changed us, improved our city, and protected and saved lives.”

John Riley is the local news reporter for Metro Weekly. He can be reached at jriley@metroweekly.com
← Previous Story Congressional bill would ban use of gay and trans panic defenses
Next Story → Straight “country boy” in rural Oklahoma celebrates Pride Month on his truck