The volunteer-based group offers opportunities to socialize, network, and give back to the community

“Gay For Good was founded in California around 2008 when Proposition 8 was happening, and everyone was shocked that their neighbors, who they thought they knew so well, had voted in favor of Prop 8,” says Peter Morgan, head of the D.C. chapter. “One of our members suggested having LGBTQ people volunteer at non-LGBTQ organizations, and bridge the gap. It would give our members a chance to do good work at local organizations, but would also give people who might not be familiar with the community a chance to meet us.”

A former member of the L.A. chapter, Morgan contacted organizers in California about starting a D.C. chapter after he moved here in 2015. Officially launched in September 2018, its members have set about organizing monthly service projects. On July 27, Gay For Good will work at Food & Friends. And in late August, the group has plans for gardening work and trash pickup on the grounds of the Dumbarton Oaks estate in Georgetown. Some of the D.C. chapter’s members realized that there was little opportunity for the volunteers to get to know one another in a relaxed, social setting, so they began planning a “Sunday Funday Mix and Mingle” for their fellow group members.

“When it comes to a lot of individuals getting together, I know there are a lot of people who aren’t into the gay bar scene,” says David Clark, co-organizer with Cornelius Joy, of the “Sunday Funday” event. “However, because we are a fairly new chapter, a lot of our time has been spent organizing service projects and not necessarily mixers or opportunities to network.”

Clark and Joy were able to use the latter’s connections in the hotel industry to reserve the rooftop of the Embassy Row Hotel for an event on Sunday, July 14 to raise awareness about Gay For Good’s existence.

“We wanted to give existing Gay For Good members a chance to socialize,” says Clark. “On top of that, we’re looking to draw in newer members. We hope that by giving individuals a chance to meet each other, make new friends, and add themselves to our distribution list, our membership will skyrocket.”

Gay For Good DC’s “Sunday Funday Mix & Mingle” is Sunday, July 14, from 3 to 6 p.m. on the rooftop of the Embassy Row Hotel, 2015 Massachusetts Ave. NW. Admission is free, but pre-registration is recommended. To register, or for more information, visit www.gayforgood.org/events and click on the Washington, D.C. chapter. 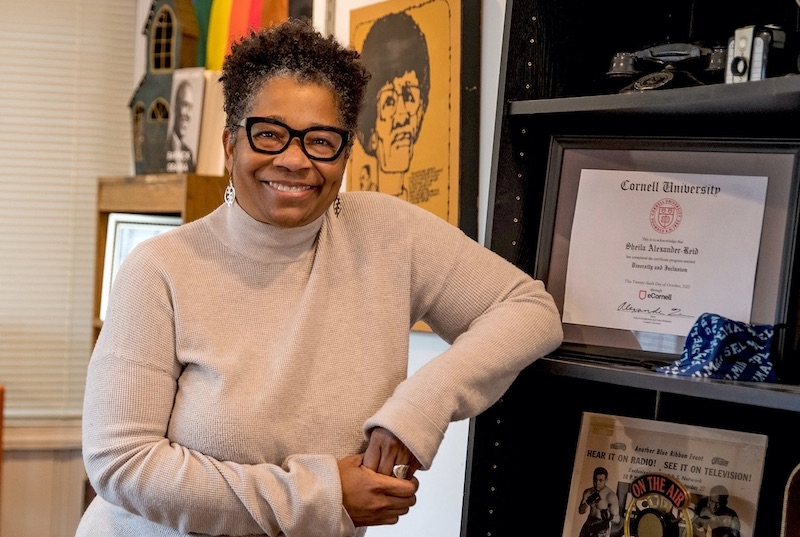