Chris Godfrey awarded $1.5 million for alleged "retaliation" in which Terry Branstad demanded his resignation and cut his pay 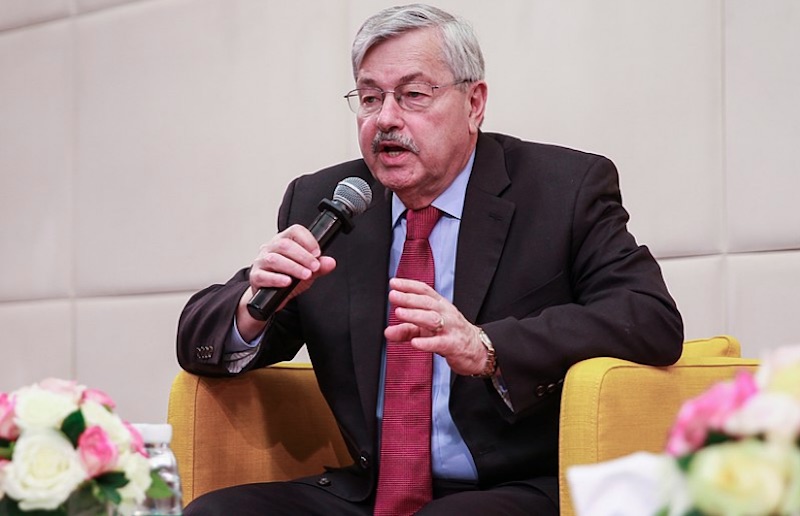 A jury has awarded a gay former state official $1.5 million in damages, finding that former Iowa Gov. Terry Branstad discriminated against the man based on his sexual orientation.

On Monday, an eight-person jury ruled that the state of Iowa and Branstad retaliated against former Iowa Workers’ Compensation Commissioner Chris Godfrey when the Branstad cut Godfrey’s salary because he refused to resign at Branstad’s insistence.

After he took office in January 2011, Branstad, a Republican, sent a letter to all department heads and division directors in state government — who had previously worked under former Democratic Gov. Chet Culver — asking them to resign so he could put his own team in place.

But Godfrey, who had been appointed to a six-year term, was one of three state officials to refuse Branstad’s request.

Months later, after again asking Godfrey to resign, Branstad significantly cut his salary from $112,070 to $73,250 — the lowest amount allowed under the law for the job, reports the Des Moines Register.

Godfrey later sued the state, alleging that Branstad had discriminated against him.

Branstad testified during the trial that he did not know Godfrey’s sexual orientation until after Godfrey threatened to sue.

He said he had asked for Godfrey’s resignation because he had heard concerns about him and wanted to install someone who would support his own plans for the state.

“I have always treated everyone, gay or straight, with respect and dignity,” Branstad said. “That’s the way I have always operated.”

On top of the $1.5 million in damages awarded to Godfrey on Monday for past and future emotional distress, a judge could require the state — which is responsible for paying the damages — to pay an additional sum to cover Godfrey’s attorneys’ fees.

Thus far, the state has already spent more than $1 million on private lawyers to defend itself in Godfrey’s lawsuit. 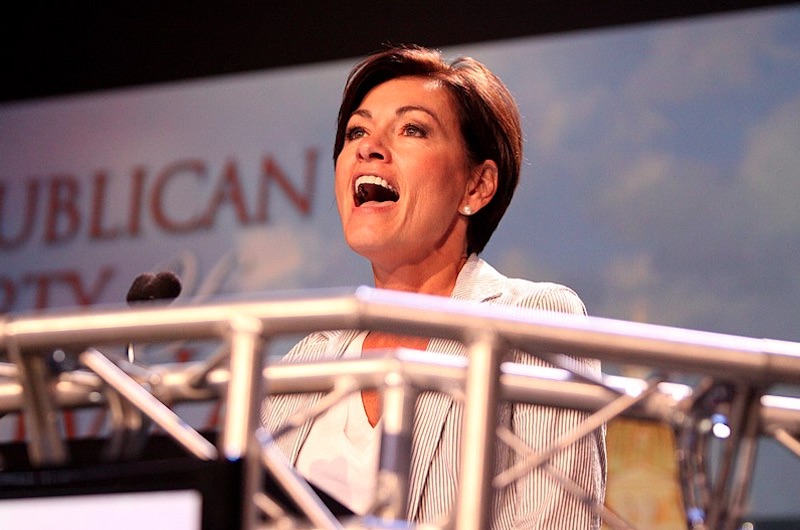 A spokesman for Gov. Kim Reynolds, Branstad’s lieutenant governor — and who, until recently was named as a defendant in the lawsuit, along with the governor’s legal counsel and chief of staff — said the governor was “disappointed” in the verdict and would be consulting with attorneys on whether to appeal the decision.

Godfrey, who has since moved to Washington, D.C., where he serves as chief judge of the Employees Compensation Appeal Board, which decides federal workers’ compensation disputes, said he was grateful for the jury’s “just verdict.”

“Obviously I’d like an apology,” Godfrey said. “I don’t know if that will be forthcoming or not. But I had a jury of fellow Iowans sit and listen to the evidence, and they made the determination that they discriminated and retaliated against me and violated my constitutional rights.”

He added: “I’m just so happy that I and my family have finally had justice in this case.”

John Riley is the local news reporter for Metro Weekly. He can be reached at jriley@metroweekly.com
← Previous Story Bronx teen who stabbed classmates after alleged homophobic bullying found guilty
Next Story → Thousands call for Puerto Rico’s governor to resign after homophobic messages leaked