‘The Lion King’ review: Faithful to a fault

The catfights look real but the tale is strictly recycled in Disney’s “live-action” remake of The Lion King.

As the sun peeks over the horizon, and that familiar African chant — that everybody can sing and few can translate — heralds the opening of “Circle of Life,” a few things become abundantly clear about Disney’s new, live-action The Lion King (★★★☆☆). First, we’re in for a visually splendid journey to the Pride Lands courtesy of director Jon Favreau and his well-decorated crew. Perhaps better known for his acting (in particular, as the MCU’s able Happy Hogan), Favreau directed Disney’s 2016 live-action remake of The Jungle Book, a film that similarly leaned on cutting-edge visual effects and impressive cinematography to create a naturalistic version of a talking-animal realm.

The sun shines brighter over Mufasa’s kingdom than Mowgli’s slightly more menacing jungle, all the better to see the golden-hued, real-looking world into which young lion prince Simba is born. Favreau sends the camera soaring with hornbills, leaping with the antelope, and loping alongside the pride with the enthusiasm and technological panache of a very special Discovery Channel documentary — one that reportedly cost $250 million to produce. The budget shows in the film’s convincing synthesis of computer-generated creatures and virtual-reality photography of their “live-action” environment.

Whatever complicated, state-of-the-art methods created this hybrid animation, the results beautifully render colors and scale, from the tallest mountain, to every swaying blade of grass. But much less innovation has gone into the plot of the movie — another thing that’s clear from the opening gathering at Pride Rock is that this remake aims mostly to recreate every memorable moment and scene from the 1994 animated original.

Beyond the upgrade to photorealistic detail, the only major refresh here is the cast, although Disney’s stuck with the legendary James Earl Jones to again voice Mufasa, benevolent lion leader of all he surveys. The mighty cat sounds as majestic as ever explaining to prized cub Simba (JD McCrary) that he’ll one day rule these lands and creatures.

Not only will he rule them, but some of these unlucky beasts he’ll also someday kill and devour. That’s the circle of life, son. It all sounds peachy for the lions, and decidedly less so for those wildebeests out there graciously bowing to their king. An unexpected issue raised by this naturalistic setting is that it spotlights The Lion King’s glaringly unnatural scenario of portraying prey animals as subjects who don’t fear, but actually revere, their thick-maned masters. What’s the conversation between gazelle father and son as they march through all this pomp and ceremony to pay respects to the chosen one destined to have them for dinner? 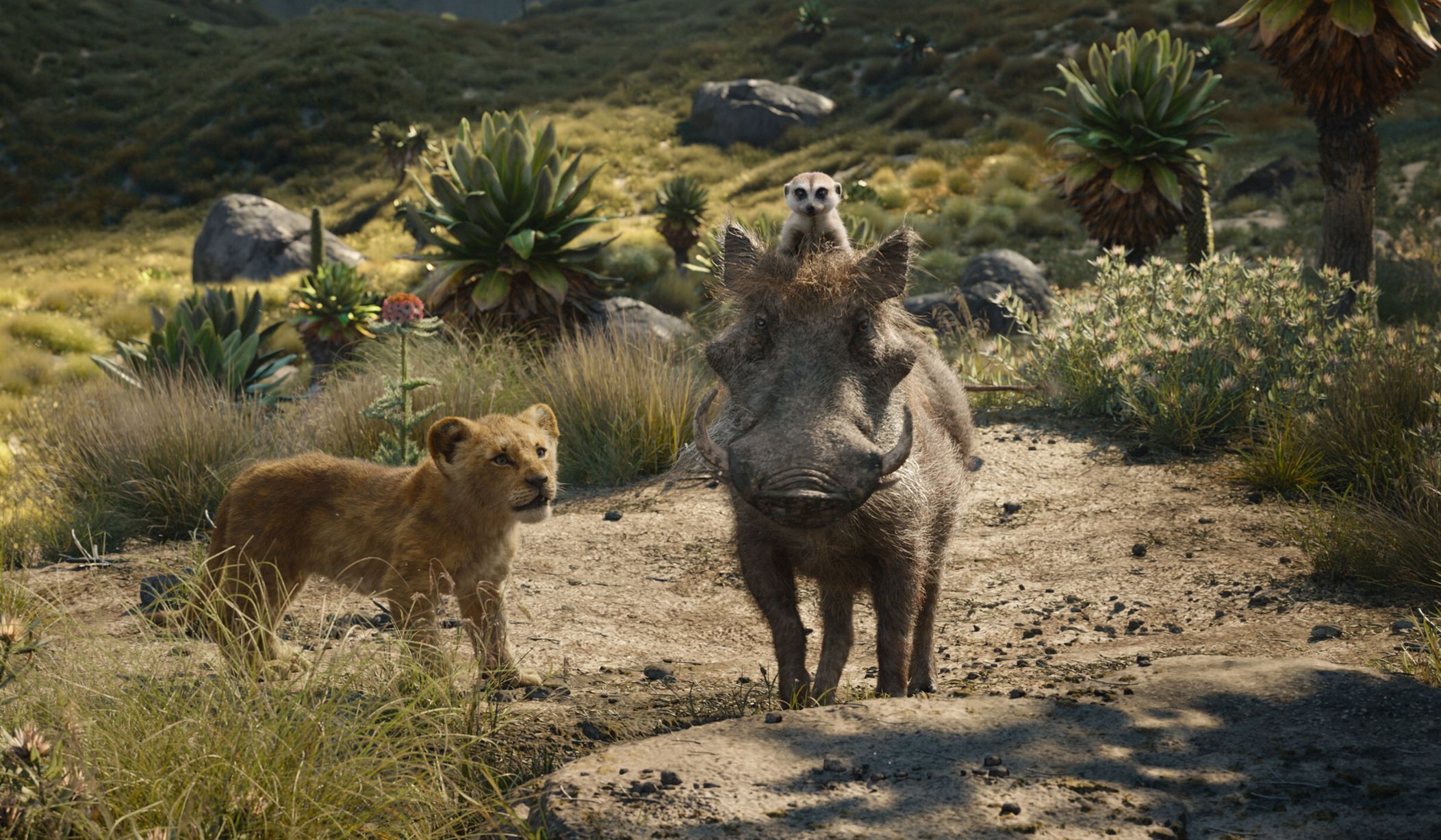 It might seem nitpicky, but the real-looking animal world induces a different emotional effect than the stylized, ’90s-era animation — particularly in the brutal, though not bloody, fight scenes. Watching authentic-looking lions and hyenas battle like real bloodthirsty carnivores amplifies the violence. But that won’t necessarily add thrills or tension for anyone who already knows how this all plays out.

Those who are unfamiliar with the original, or with Hamlet, might lean forward, enthralled by Simba’s odyssey from runaway cub to confronting his evil uncle Scar (Chiwetel Ejiofor), after the villain usurps power over the pride. Those who do know the story might just be enthralled by how disappointingly little the filmmakers diverge from the original’s course. These Disney “live-action” remakes generally have played around with the familiar plotlines more liberally than Jeff Nathanson’s script does for this generation’s Lion King. The story’s the same, the characters behave the same, the performances could make the difference, but they don’t really put purpose behind this replay. 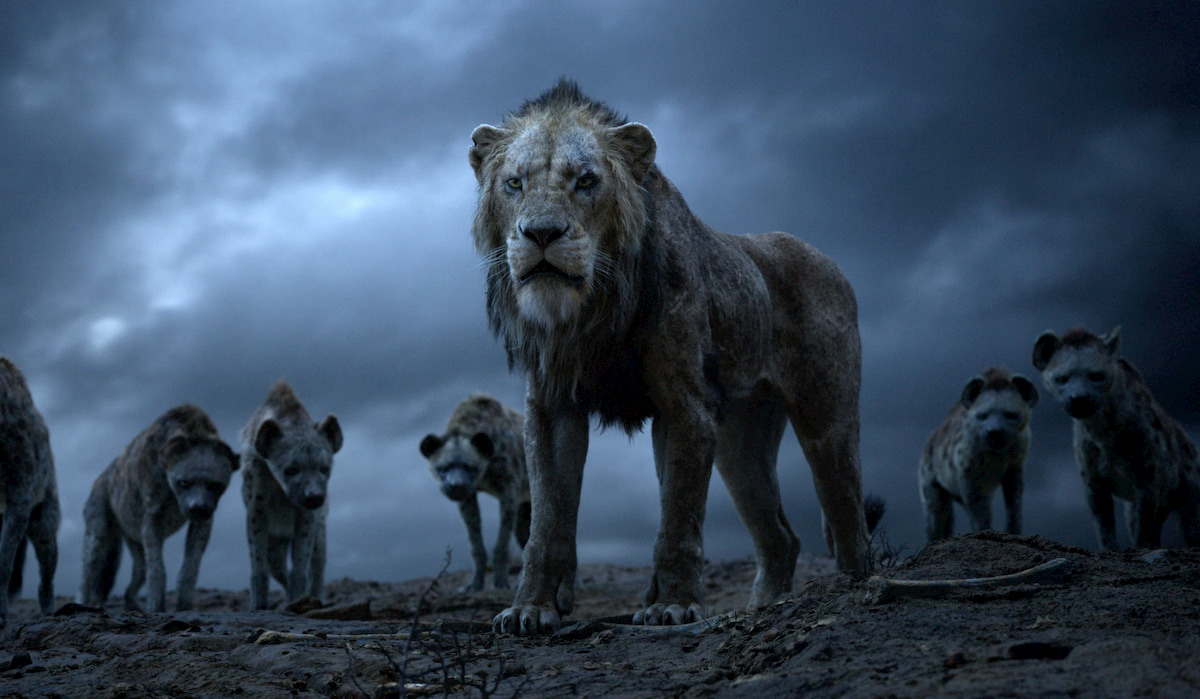 Voicing adult Simba, Donald Glover, a.k.a. Childish Gambino, downplays his mellow charm, or merely doesn’t convey it except when singing with Beyoncé, voice of Simba’s soulmate Nala. They deliver a sweet version of Elton John and Tim Rice’s Oscar-winning “Can You Feel the Love Tonight,” but aren’t as expressive delivering dialogue.

As usual, the story’s villain registers as the most expressive and intriguing character, with Ejiofor offering a keenly snide and ruthless Scar. And the film gets reliable comic relief from John Oliver as chatty royal adviser Zazu, and Billy Eichner and Seth Rogen as the odd couple of meerkat Timon and warthog Pumbaa. While Oliver and Rogen can’t seem to carry a tune, Eichner sounds surprisingly good singing “Hakuna Matata” and “The Lion Sleeps Tonight.”

Overall, the movie sounds as sharp as the terrifying snap of a hyena’s jaws. It often looks stunning too — and stunningly like a money-grabbing case of déjà vu. 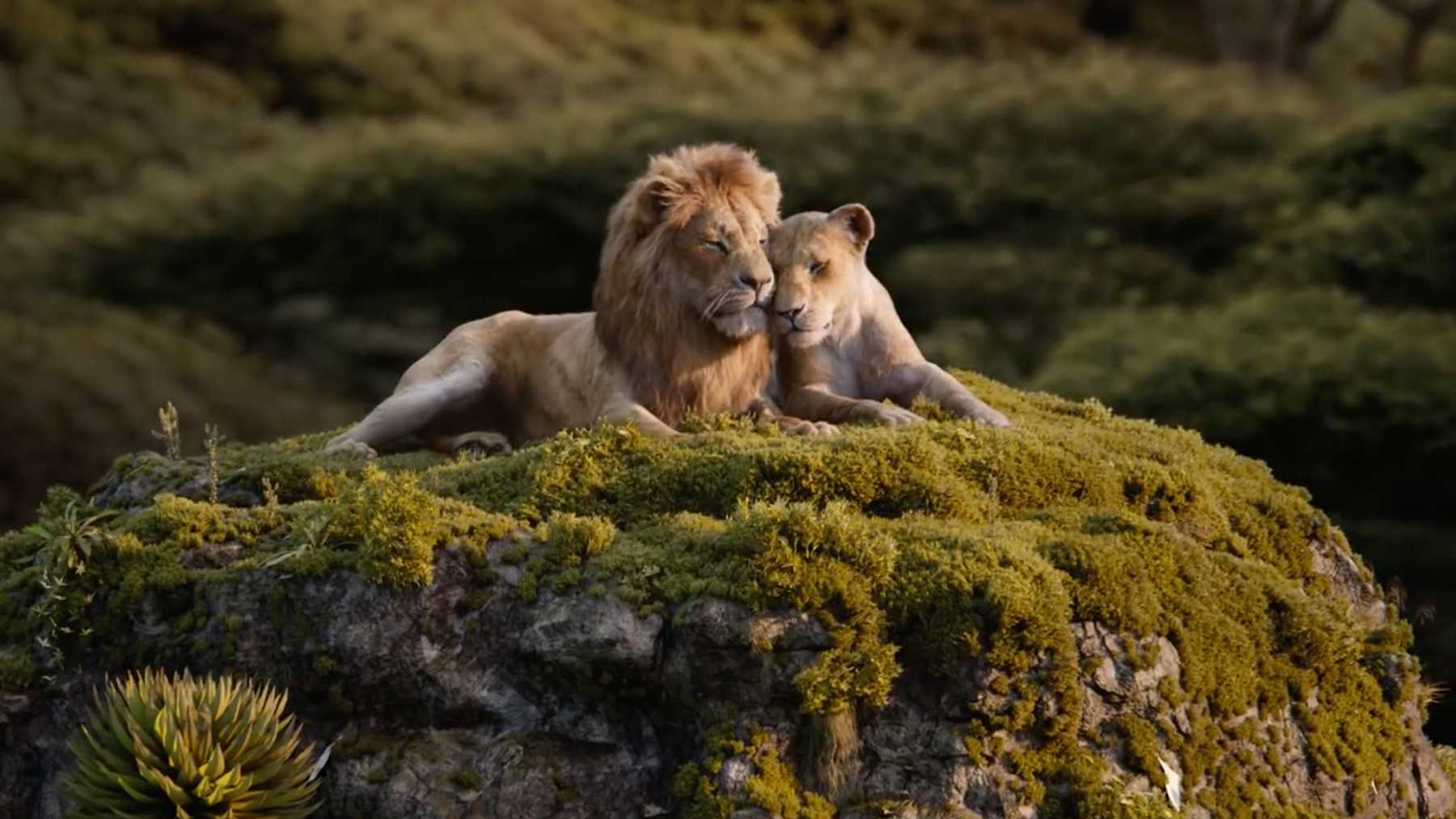 Halsey is not one to slow down. Since her third album was released just last year, the 26-year-old has toured, released a book of poetry and, most recently, given birth. That last experience has provided much of the creative fuel for her latest album that explores, in her own words, "the joys and horrors of pregnancy and motherhood."

True to its title, If I Can't Have Love, I Want Power (★★★★☆) radiates strength and intensity. With a production assist from Trent Reznor and Atticus Ross, Halsey layers dark, industrial elements over her sound.

Reznor and Ross' influence is palpable, but not overwhelming -- this is still very much Halsey's album. Its sound doesn't quite have the weight or grunginess of Nine Inch Nails, nor is it trying to be, but the resemblance is there.