‘Will & Grace’ revival canceled after three seasons, will end in 2020 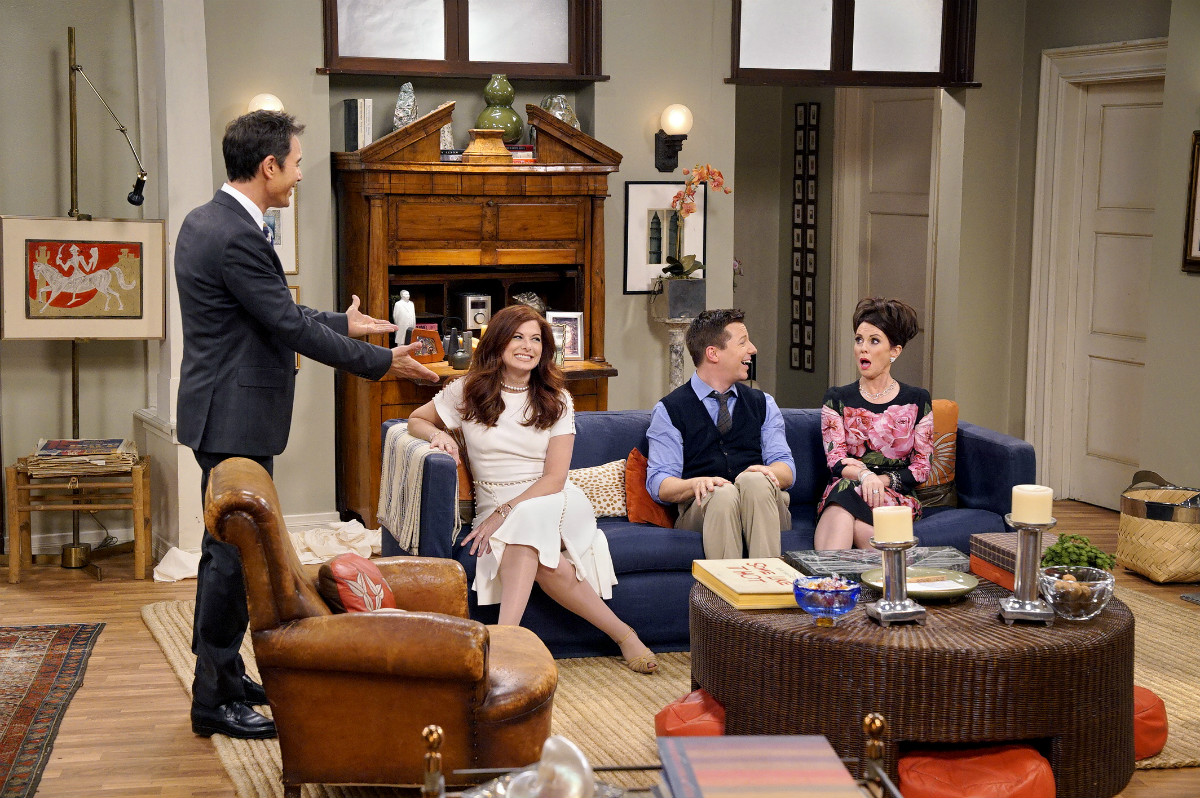 The revival of Emmy-winning LGBTQ sitcom Will & Grace will end after three seasons, the show’s creators have announced.

Originally airing for eight seasons between 1998 and 2006, the groundbreaking show returned to NBC after the success of a 2016 election special in which the shows stars — Eric McCormack, Debra Messing, Megan Mullally, and Sean Hayes — reprised their characters to urge people to vote.

That success led to a ninth season in 2017, which was was an initial ratings smash for NBC — spurring the revival of a number of other ’80s and ’90s shows, such as Roseanne and Murphy Brown.

While it was critically acclaimed by some — and added two more Emmy Awards to Will & Grace‘s impressive haul — we were less than enamored with the initial batch of episodes in our review.

“Will & Grace needs to trade on more than nostalgia,” we wrote, “offering up tepid laughs, the occasional moment of LGBTQ-affirming sermonizing, and a truly awful update of its theme song, NBC may have renewed it through a tenth season, but at the moment it’s hard to see a future beyond that.”

We weren’t too far off the mark, it seems. NBC renewed Will & Grace through season 11, but that will be its last, with an 18-episode order that will air in 2020.

Ratings have dropped significantly since the show’s revival first aired, and Will & Grace‘s executive producers have apparently decided that 52 episodes is sufficient to call it quits.

“We think of the Will & Grace reboot episodes the way Karen Walker thinks of martinis – 51 is not enough, 53 is too many,” Max Mutchnick, David Kohan, and James Burrows said in a statement. “That is why, after consulting with the cast, we all have decided this will be the final season of Will & Grace.

“In 2016, Bob Greenblatt came to us with the idea of doing a 10-episode reboot of Will & Grace. They say you can’t go home again, but we did. And now, three seasons and 52 episodes later, we’re even more proud of something we never thought we’d get a chance to do again. We have had a once-in-a-lifetime experience twice. And for that, we owe a double debt of gratitude to NBC, this show’s supportive and caring home since day one.”

“It’s been the highlight of our careers to write for and direct four incredible artists who we consider to be the finest and funniest ensemble sitcom cast of all time — Eric McCormack, Debra Messing, Megan Mullally, and Sean Hayes.

“Of course, actors as brilliant as these four are only as good as the words they’re given. The Will & Grace writing room has been a dream team that has consistently lifted the show to heights we never could have achieved on our own with their collective humor, warmth, and humanity.

“The hardest part about making this decision is saying goodbye to our outstanding production team and crew who, over two decades, brought passion and artistry to every department. If we had just one more season, we would have learned their names. So, thank you Handlebar Mustache, Cheese Lady, and Cargo Shorts #1 – #12. We will always think of you as family.

“And finally, our deepest gratitude goes to each and every Will & Grace fan across the world. It was a privilege to make you laugh.”

“The impact and legacy of Will & Grace simply can’t be overstated, both as a true game-changer in the portrayal of the LGBTQ community and as one of the finest comedies in television history,” they said. “A huge thank you to Max, David, Jimmy and a cast that is second to none for their brilliance over an incredible run.”

Still, while Will & Grace is ended — presumably for good this time — it’s hard to overstate how significant the show has been.

In 2012, then-Vice President Joe Biden said that Will & Grace “did more to educate the American public more than almost anything anybody has done so far.”

The show, one of the most successful in TV history with gay principal characters, holds a number of honors, including the distinction of having all four main cast members earn Emmy Awards — a rare feat.

Rhuaridh Marr is Metro Weekly's managing editor. He can be reached at rmarr@metroweekly.com.
← Previous Story Puerto Rico Gov. Ricardo Roselló resigns after leak of sexist and homophobic texts
Next Story → Tennessee pastor refuses funeral for dying man because of his gay son