Crime Solvers will offer up to $1,000 for anyone who provides information leading to arrest and indictment of suspects 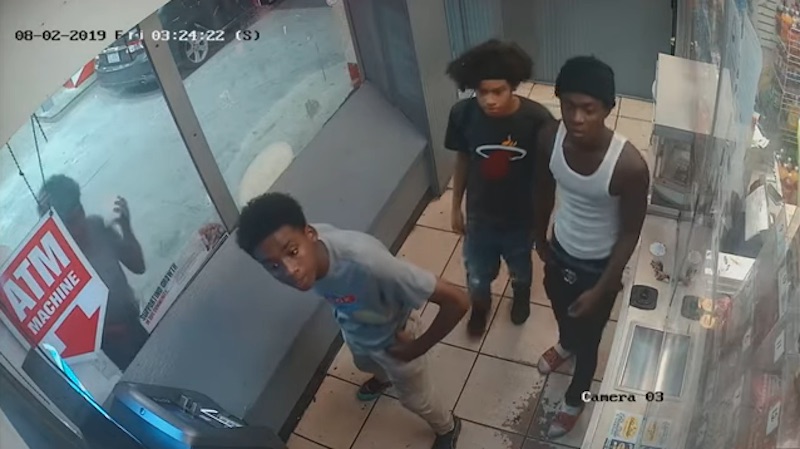 The Metropolitan Police Department has released photos and video of four teenagers thought to be among seven men who beat and robbed a transgender bartender from the DC Eagle outside a Northeast D.C. gas station.

The photos and video, obtained by a camera at the gas station’s convenience store, show three of the men inside the store and then walking toward Wood, who is off camera. A fourth young man can be seen through the convenience store’s window.

MPD is asking anyone with information about the suspects’ identities to assist in their ongoing investigation.

The men in question are believed to be part of a group who attacked Alicia Love Wood around 3:20 a.m. on Friday, Aug. 2, after the end of her shift.

Wood said she was making her way towards a Citgo gas station, located at 3820 Minnesota Ave. NE, to buy some Airheads candy when the men began harassing her, calling her various homophobic and anti-gay slurs.

Wood says she then realized that the men were following her, and tried to escape, but was set upon, punched, kicked, stomped on, and spit on as the men grabbed her purse.

She escaped, fleeing towards the Citgo station, when the men — who realized that her money and personal belongings were in her fanny pack rather than her purse — again assaulted and robbed her before fleeing the scene.

Wood claims she tried to enlist the help of a gas station employee, who refused to help her or call the police. She did manage to call police shortly before the men stole her phone. After police arrived on scene, she filed a complaint but refused medical attention.

In a follow-up interview with Metro Weekly last week, Wood said she suffered cuts and abrasions to her leg, and injured her forehead, which, as of last Wednesday, was still swollen and painful to the touch.

Wood believes her attack was motivated by a desire to rob her and by her gender identity. MPD confirms that the case is currently being investigated as a potential bias-motivated crime, given the slurs yelled at Wood while she was being attacked.

Anyone with information about the crime or the potential suspects is encouraged to call police at 202-727-9099 or text a tip to the department’s Text Tip Line at 50411. Crime Solvers, a program of local D.C. area police departments, offers a reward of up to $1,000 to anyone who provides information that leads to the arrest and indictment of anyone who has committed a crime in the District of Columbia.

See clearer individual photos of the suspects below: 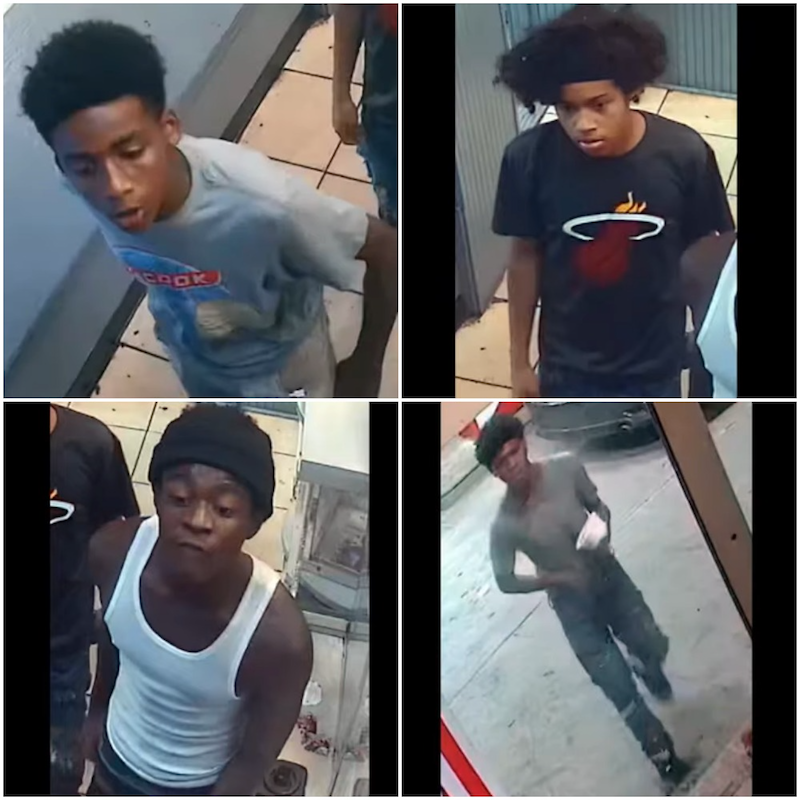 John Riley is the local news reporter for Metro Weekly. He can be reached at jriley@metroweekly.com
← Previous Story Virginia restaurant ordered to pay gay employee $20,000 after homophobic discrimination
Next Story → SMYAL’s Q Chat Space is a new platform to foster online discussions among LGBTQ youth