Australian gay man hunted down and beaten by “bloodthirsty” teenagers 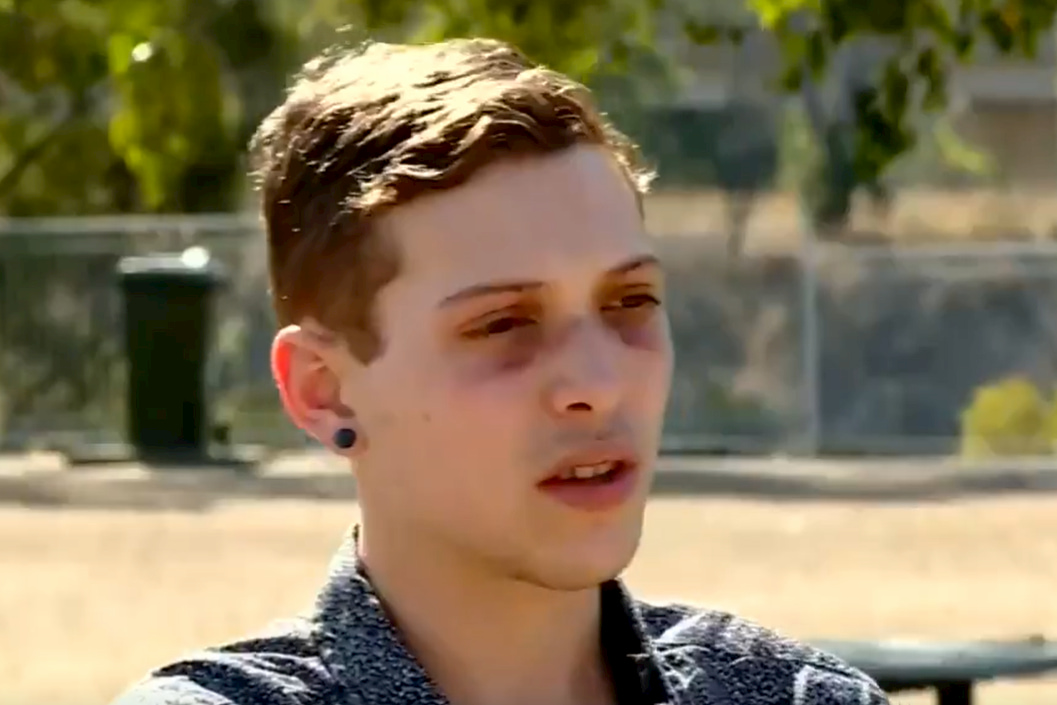 An Australian gay man says he and his brother were ‘hunted down’ and brutally beaten by a group of teenagers.

The 21-year-old was visiting family in Australia’s Gold Coast in Queensland when he said he and his 16-year-old brother were attacked because of his sexuality.

The victim, identified as “Joshua,” told the Gold Coast Bulletin that he and his brother were on a bus when a group of teenagers started yelling homophobic slurs, including “fucking faggots” and “gay cunts.”

Then, later that afternoon, Joshua said the same teenagers plus others — about ten in all — attacked him and his brother in the food court of a Westfield mall.

Joshua said the teenagers appeared to be “hunting” someone, before spotting him and his brother. The teenagers approached and started beating them, forcing the brothers to the ground, where the youths stomped on them.

The attackers only stopped when a security guard intervened, Joshua said.

“They were bloodthirsty, they were animals,” Joshua told Nine News Gold Coast. “The first time was very traumatic but the second time they hunted us down.

Joshua called the attack “relentless” and said it left him with broken ribs and a swollen face. His brother had fractured ribs, a split lip, and a swollen eye.

Local media reports that police have arrested two individuals in connection with the attack, an 18-year-old and a 15-year-old. Both have been charged with assault occasioning bodily harm, and the 18-year-old will be tried as an adult. Police are searching for the other attackers.

Joshua said that he feels he can never return to Queensland, and is dealing with guilt over his sexuality placing his brother in harm’s way.

“It’s just horrible. It’s cruel,” he said. “It was completely unwarranted, it’s just brutal violence. It’s a hate crime. I feel like I can’t go back to Queensland. It’s shaken me.

“I feel like me being gay, that I have put [my brother] in danger,” he added. “It wasn’t once but twice. I have a lot of guilt.”

Two brothers are recovering after a terrifying attack at Westfield Coomera.

It comes as police statistics show a worrying increase in crime in the area. @njkelly9 #9News pic.twitter.com/FZPmyB9T2M