Motion argues that therapists' speech should be protected from government intrusion, like any other type of free expression

By John Riley on September 5, 2019 @JohnAndresRiley 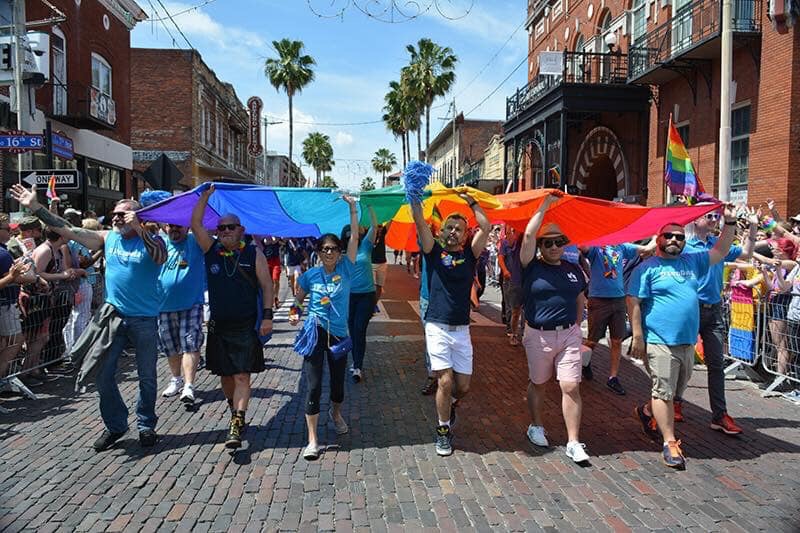 Liberty Counsel, the conservative legal group known for its advocacy of anti-gay causes, is asking a federal court to permanently block a Tampa, Fla., ordinance prohibiting therapists from subjecting minors to conversion therapy.

Liberty Counsel has claimed that Tampa’s ordinance violates therapists’ free speech rights and unfairly imposes monetary fines on counselors found in violation of the ordinance. Under the ordinance, fines can range from $1,000 to $5,000 per infraction.

The lawsuit was brought by Liberty Counsel on behalf of marriage and family therapist Robert Vazzo and the Christian ministry New Hearts Outreach Tampa Bay.

The plaintiffs also claim that the ordinance interferes in the therapist-client relationship and violates their clients’ right to choose what kind of therapy they’d like to receive, reports South Tampa Patch.

In its motion, Liberty Counsel contends that the ordinance violates the First Amendment “by imposing a viewpoint and content-based prohibition on the speech on licensed professionals in Tampa who offer counsel.”

At issue is the question of “talk therapy” and whether it is as harmful as other physical measures that attempt to change a person’s sexual orientation or gender identity.

Mat Staver, the founder and chairman of Liberty Counsel, maintains that Vazzo only engages in talk therapy with clients who A) voluntarily seek it and B) give informed consent. As such, the city has no business restricting what therapists can or can’t say.

In January, federal Magistrate Judge Amanda Arnold Sansone issued a 38-page report recommending that Liberty Counsel’s request for a preliminary injunction be granted and that the city be prevented from enforcing the conversion therapy ban, finding its provisions violate the First Amendment.

But LGBTQ activists argue that, by adopting Arnold Sansone’s logic — protecting speech by medical professionals the same as any other speech — therapists will be given carte blanche to lie to their patients, give them misleading or medically inaccurate information, and even recommend unnecessary or harmful treatments not in patients’ best interests in order to promote a personal agenda.

In the case of conversion therapy, activists particularly point to the fact that most mainstream medical and mental health associations have deemed conversion therapy efforts ineffective and may contribute to lower self-esteem, higher rates of depression, and even suicidal ideation.

Thus far, 20 communities throughout Florida, including Palm Beach and Alachua counties, ban the practice of conversion therapy on minors.

Bills attempting to ban the practice have been introduced in the Florida legislature, but have never been granted a hearing in the Republican-dominated House or Senate.

John Riley is the local news reporter for Metro Weekly. He can be reached at jriley@metroweekly.com
← Previous Story Mississippi venue cites “Christian” faith as reason it won’t perform gay or “mixed race” marriages
Next Story → NFL quarterback Drew Brees says he’s not anti-LGBTQ, despite appearing in Focus on the Family-sponsored video