In "Escaped Alone," Caryl Churchill throws into question our sense of safety and civility in a rather unique manner 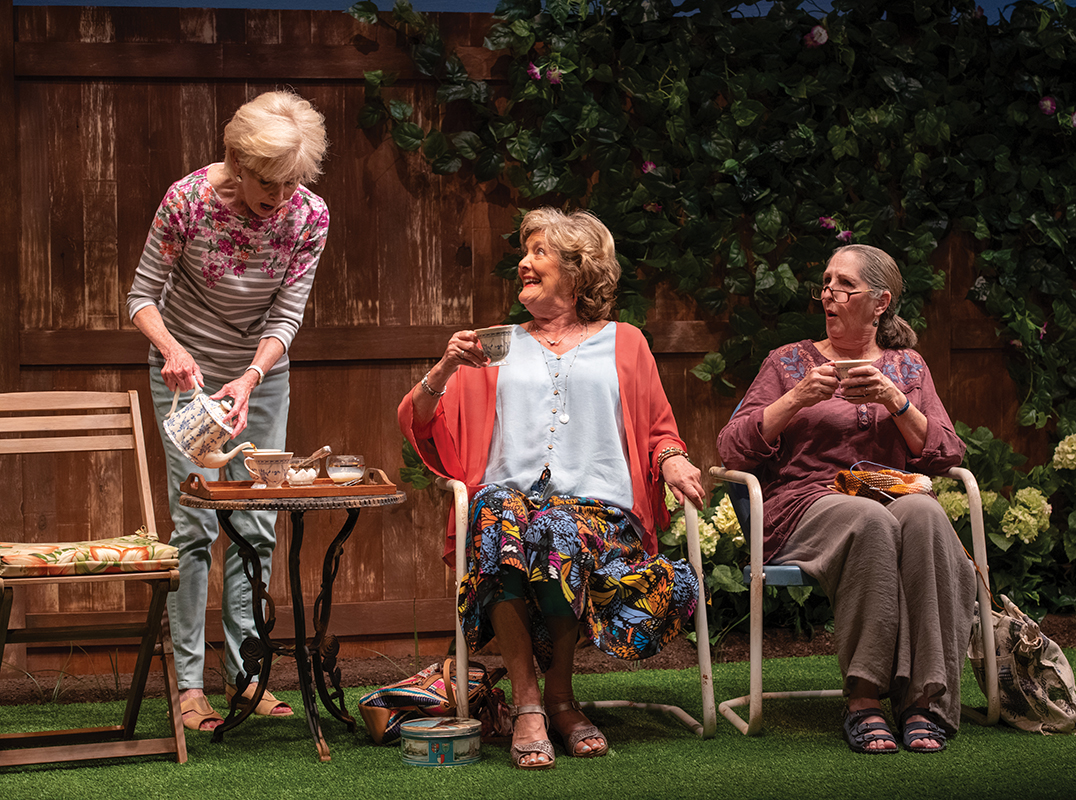 When is a tea party just a tea party and when is it a harbinger of the apocalypse? Without being flip, that’s the sort-of question behind Caryl Churchill’s cogitative puzzler, Escaped Alone (★★★☆☆). Alternating between a seemingly benign tea party and a dark poetic monologue on the human race’s penchant for self-annihilation, Churchill seems to be almost literally offering parallel universes.

When the tea party ladies begin to reveal that all may not be well their Home County exteriors, it feels as if Churchill is offering a clue as to how these two worlds connect. But this is not a play for answers, and how (or whether) to try and reconcile the two vantage points is left to the mind and imagination.

If it sounds like a tough evening, it isn’t. The tea party interludes live within milder forms of British sitcom territory and entertain at face-value. Director Holly Twyford keeps her lines bright and clear, but there is never quite the pacing and fluidity this play needs, especially with Churchill’s lean towards “theater of the absurd-style” dialogue. Escaped Alone is written in contemporary English and although many American actors may have learned how to deliver Shakespeare, few have mastered the rhythms, pacing, and melodies of the modern language. With only two in the ensemble genuinely capable, the banter can only occasionally sing.

Carrying the production are Catherine Flye as Vi and Brigid Cleary as Lena, each capturing their character and speech with color and precision. Flye brings an affecting sense of Vi’s uneasy grasp on the normal, her wish for a simple kind of happiness, while Cleary delivers some subtle comic timing and a stand-out monologue revealing Lena’s inner angst. Although Helen Hedman is memorable for Sally’s tightly-wound neuroticism, she doesn’t quite convince without a deeper understanding of this kind of British woman.

Also hard to grasp is Valerie Leonard as the somewhat mysterious Mrs. Jarrett, who moves between the tea party and her own omniscient space. Although she has a memorably dangerous charisma, her attempt at the accent could make a dog howl and it gets wildly in the way. When Mrs. Jarrett steps out of the tea party to chronicle a Boschian future, it is a fantastic vision of our corruption. Each are eminently watchable, even if the question of where, and if, they meet hovers like an unexplained, inside joke. Still, at only an hour running time, Escaped Alone never has a chance to get old.