The Centaur MC are a social club dedicated to brotherhood, philanthropy, and promoting the leather/kink community

By John Riley on January 16, 2020 @JohnAndresRiley

“Centaur MC started as a motorcycle club,” says Todd White. “In the beginning, you had to have a motorcycle to be a member of any motorcycle club. But the Centaurs, in their history, changed that ruling to include motorcycle riders and those who were interested in bikes or bikers.”

Now, Centaur MC lists itself as “a Levi/leather social club,” says White, the group’s current president, but biking is still represented. “We still organize or participate in bike rides for those members who have bikes. We set up programs for people to get their license if they want to become motorcycle riders. So, that aspect is still part of the club. But it’s mainly the whole socializing and brotherhood of the organization that takes center stage.”

Centaur MC, of course, is the organizer and host of the annual Mid-Atlantic Leather Weekend in Washington, D.C. This weekend, from Jan. 17-20, the group’s members — dressed in either their club colors, T-shirts with the club’s logo, or their trademark hoodies — will be registering attendees and facilitating the weekend’s various events at the Hyatt Regency on Capitol Hill.

Since its founding in 1970, Centaur MC has participated in a number of philanthropic events on behalf of local nonprofits or community organizations. The club also organizes the leather contingent for the Capital Pride Parade each June, and often reaches out to smaller clubs to help them with bar nights or special fundraisers, as the club’s well-established reputation can help draw a larger crowd to any event.

Unlike other leather organizations, Centaur MC does not have an open pledge period. Rather, offers of membership are made on an individual, invitation-only basis.

“You can hang out with us, get to know us, and show up at bar nights,” says White. “Of course, when you attend meetings, you know where we’re going to be, what we’re doing, and eventually the club will decide whether you get invited to join or not. It took them five years to invite me, and it was the best five years of my life. I felt just as much of a brother then as I do now, just without the responsibilities.”

Those interested in joining the organization should ask themselves the question, Are you willing to be part of something bigger than yourself?

“There’s no real superstar in the club,” says White. “The club acts as one whole unit. It’s made up of every single walk of life within the community. It very much is a band of brothers.” 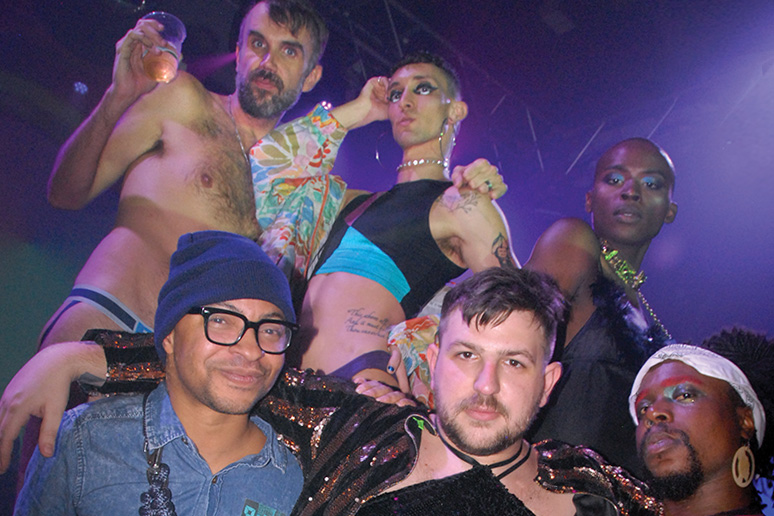