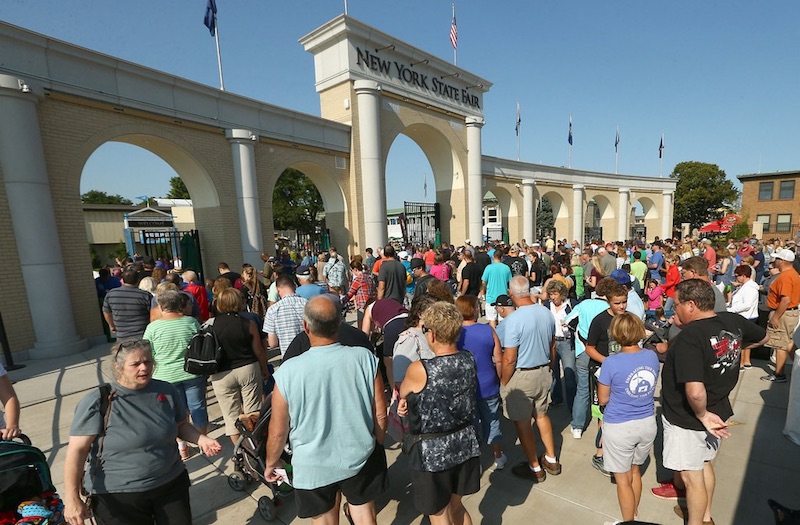 A man who pleaded guilty to attacking a gay couple at a rock concert during the New York State Fair in August will serve six months in jail after agreeing to a plea deal offered by a state Supreme court justice.

Nicholas Ferlenda, 28, pleaded guilty on Tuesday to two hate crimes, assault, and criminal mischief for attacking two men who were leaving a Breaking Benjamin rock concert at the fair when one of them slung an arm over his boyfriend.

The act reportedly enraged Ferlenda, who yelled anti-gay slurs at the men, punched one of them in the face, and shattered the window of the car belonging to the other man.

According to police, the attack continued for a half-hour, while a drunken Ferlenda repeatedly confronted the men. When they tried to escape, he pursued them, eventually throwing an unprovoked punch and breaking the window of the car when they attempted to drive away, reports the Syracuse-based newspaper The Post-Standard.

Anthony Mangovski, the Assistant District Attorney for Onondaga County, said the “unbelievable” hatred shown by Ferlenda during the attack rivaled that of crimes with more serious injuries, and — perhaps even more disturbingly — was directed at two people he didn’t even know.

Because Ferlenda expressed anti-gay sentiment in his rantings, the charges against him, which would normally be prosecuted as misdemeanors, were instead treated as felonies because of the anti-gay bias he demonstrated.

Mangovski had pushed for Ferlenda to spend one to three years in prison if he pleaded guilty. But state Supreme Court Justice Gordon Cuffy offered a deal that would trim the jail time served down to six months, plus five years of probation, if Ferlenda pleaded guilty to both charges, compensated the couple for the broken car window, and submitted to diversity training. Ferlenda ultimately accepted the deal at the last minute.

Ferlenda was released on the condition that he return for sentencing in April, at which point he’ll begin serving his sentence. He has been ordered to refrain from consuming alcohol, or he could face anywhere from 2 years and 8 months and up to 8 years in prison for violating parole.

John Riley is the local news reporter for Metro Weekly. He can be reached at jriley@metroweekly.com
← Previous Story Woman charged with setting fire to building housing a transgender advocacy organization
Next Story → Utah’s ban on conversion therapy for minors takes effect