By John Riley on February 18, 2020 @JohnAndresRiley 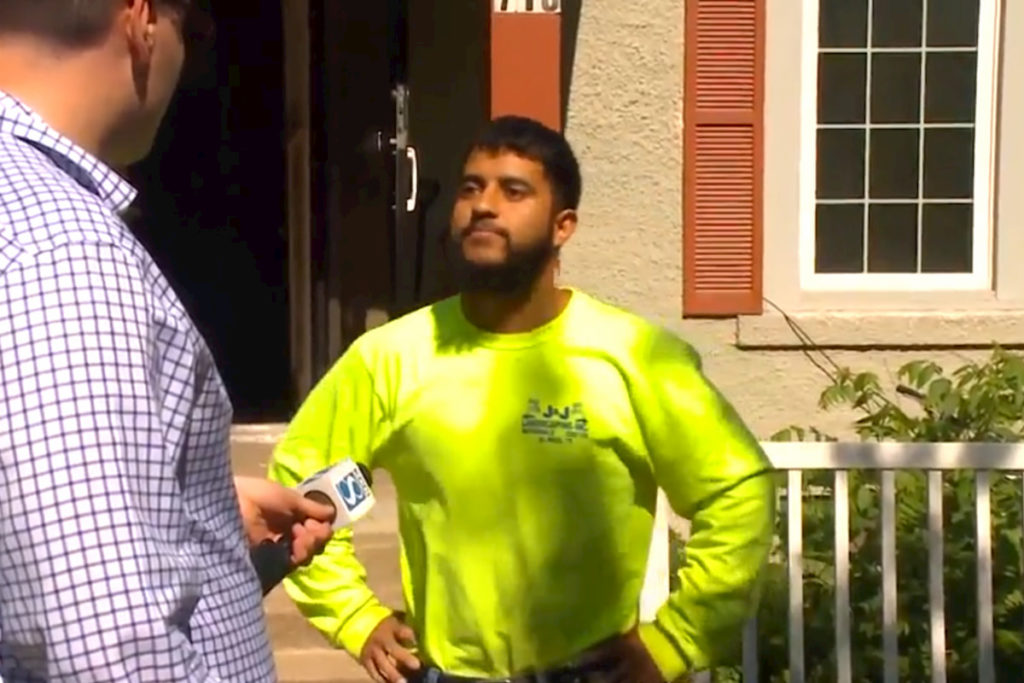 An Iowa man who is currently serving a 17-year sentence for arson-related charges after stealing and setting an LGBTQ Pride flag on fire has been charged with indecent exposure while in prison.

Adolfo Martinez, 30, of Ames, Iowa, was jailed after being found guilty of a hate crime, third-degree harassment and being a habitual offender for ripping down an LGBTQ Pride flag from the United Church of Christ in Ames last June and setting it alight because of his personal opposition to homosexuality.

But according to court documents, an internal investigation looking at jail footage of Martinez found that on multiple occasions between Nov. 23, 2019 and Dec. 19, 2019, he made “inappropriate” comments and performed sex acts in front of female detention officers, reports the Ames Tribune.

On one occasion, on Nov. 30, Martinez allegedly told a female detention officer “you smell freaking good,” and video footage later showed him standing in the middle of his cell performing a sex act with his pants off, according to the complaint filed in Story County Court.

That same night, Martinez allegedly looked out his cell door and performed another sex act before officers came into his cell as part of a security check.

While inside, the female officer claims she saw Martinez sitting on the bed performing a sex act with his pants off and smiling at her.

After returning to her desk, the officer communicated with Martinez over the jail’s intercom system and told him that he could be charged if the behavior continued. He allegedly responded: “Oh I know.”

Martinez is next scheduled to appear in court for a preliminary hearing on Feb. 24.

According to evidence brought up during his trial on the arson-related charges, Martinez stole the church’s Pride flag after he was kicked out of a local strip club for making threats. He then returned to the club, with the flag in hand, and burned it in the street.

When later confronted about the accusations against him by local news media, Martinez said it was an “honor” to burn the flag and citing Biblical opposition to homosexuality as justification for his actions.

John Riley is the local news reporter for Metro Weekly. He can be reached at jriley@metroweekly.com
← Previous Story Christian author says “abominable” Pete Buttigieg is “deserving of death”
Next Story → Former gay surgical resident claims he was harassed by supervisors at Brooklyn Hospital Center