LGBTQ organizations are recognizing International Transgender Day of Visibility on March 31, though concerns over the COVID-19 pandemic have required many to move their activities online.

International Transgender Day of Visibility (TDOV) was founded by trans activist Rachel Crandall in 2009, and celebrates transgender people and their contributions to society, as well as highlighting discrimination faced by the trans community worldwide.

“Coronavirus has really shifted our ability to engage with our communities in the way that we historically have and want to engage,” says Meghan Maury, the policy director of the National LGBTQ Task Force. “While we had some  in-person events planned, we can’t move forward with those because we believe social distancing makes sense.

“We’re trying to engage our communities online as best we can through social media, through working to uplift stories of people who are particularly resilient and rock stars of the trans and non-binary movement. You’ll see a lot of that type of information coming out on our social media.”

While the Task Force relies on social media to get out its message, the media advocacy organization GLAAD is partnering with Instagram to produce an IGTV series featuring a collection of #TransLoveStories to highlight the diversity of loving relationships — romantic, familial, friendly, and self — experienced by the transgender community.

The #TransLoveStories series will kick off on March 31 with a sizzle reel on GLAAD’s Instagram, followed by a weekly four-part series to highlight four different relationships, starting with the story of the relationship between Marisol Levya and her sister Selenis during the week of April 6. 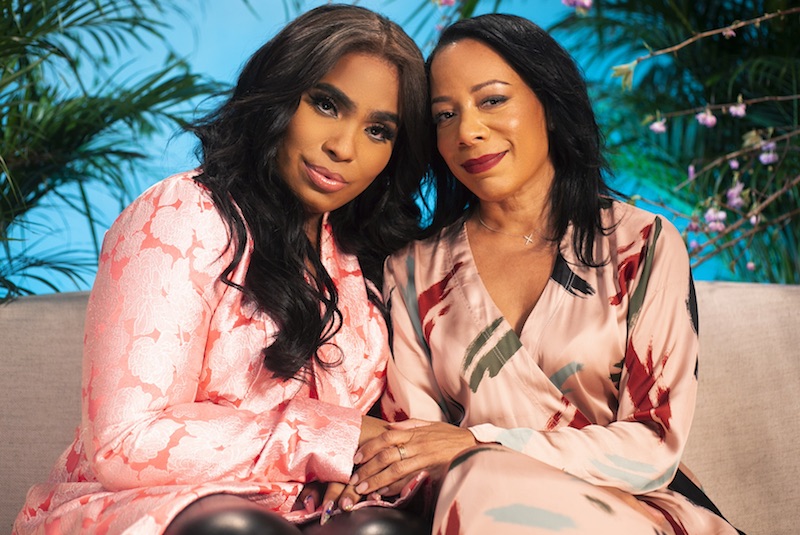 Jevon Martin, the founder of Princess Janae Place, a New York City-based organization that helps transgender people, especially those with HIV, transition from homelessness to independent living, will be using GLAAD’s Instagram account to highlight issues facing the transgender community.

On a national scale, the National Center for Transgender Equality will be mobilizing LGBTQ-friendly members of Congress to show some visible sign of support for the transgender community in recognition of the Transgender Day of Visibility.

Last year, the members were asked to put Trans Pride flags outside their offices. However, this year, due to congressional offices being closed due to the COVID-19 pandemic, the members will be asked to post the flag on their social media channels.

Among the people and organizations who are participating are songwriter Benjamin Scheuer, whose new song and video “I Am Samantha” debuts on March 31; actor Zach Barack, the first openly transgender performer in a Marvel movie; the National Association of Social Workers; and Athlete Ally.

Tomorrow is #TDOV2020 and we want to hear from YOU about #transkids who are #sofierce! Learn more at https://t.co/O6wmiCVZqu. pic.twitter.com/ts1Nzo7PuW

To mark the Trans Day of Visibility, the Trevor Project, an organization dedicated to combating suicide among LGBTQ youth, is releasing its Guide to Being an Ally to Transgender and Nonbinary Youth.

The educational handbook covers a number of topics and best practices for dealing with transgender and nonbinary youth, including explaining the difference between sex and gender, how to address trans and nonbinary people using proper pronouns and honorifics that express respect, and what to do if you’ve made a mistake addressing someone who is nonbinary or transgender.

Locally, many organizations that serve transgender people have already moved their services to online or virtual platforms. But the youth organization SMYAL will be marking the Trans Day of Visibility with a specially-tailored social media campaign and special programs focusing on transgender and nonbinary identities.

For example, from 1:30-2:30 p.m., SMYAL will hold a virtual chat, “Celebrating Trans Voices,” that focuses on trans and nonbinary individuals making a significant impact within the community, whether in local activism, national activism, art, or in the media.

SMYAL is also launching a biweekly support group for trans and nonbinary youth who have been forced to delay or cancel gender-affirming surgeries due to hospitals cutting back “non-essential” services to deal with the COVID-19 pandemic.

The group is intended to provide a space for those youth to share their concerns and frustrations, which can include feelings of anxiety or depression.

“We know this is a major need, because hospitals have canceled the surgeries that are non-essential, and trans people’s surgeries have been classified as ‘non-essential,’ which is unfortunate,” says Samia Lalani, SMYAL’s Assistant Programs Director. “A lot of people are understanding of it, given the current health crisis, but they’re also experiencing increased gender dysphoria without an understanding of when they’ll be able to have their surgeries. There’s just a lot of uncertainty right now. So we wanted to have a support group for them.”

John Riley is the local news reporter for Metro Weekly. He can be reached at jriley@metroweekly.com
← Previous Story Idaho governor signs two bills that discriminate against the transgender community
Next Story → Tiger King’s Joe Exotic files $94 million lawsuit claiming he was targeted for being gay