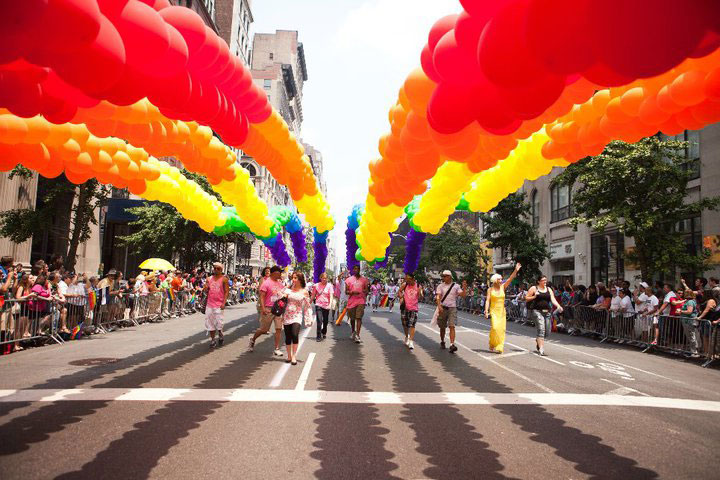 New York City Pride’s annual March has been canceled for the first time in its 50-year history due to concerns over COVID-19.

Heritage of Pride, the nonprofit organization behind NYC Pride, announced that the parade and all of the city’s 2020 in-person Pride events, originally scheduled from June 14-28, have been canceled.

“Pride is a staple in New York City, and is oftentimes a safe space for many,” David Correa, the interim executive director of Heritage of Pride, said in a statement. “This weighed on our members, board, and staff, knowing that we serve as a haven for vulnerable communities. It was not easy to arrive at the decision to cancel pride as we have come to know it over the years, especially given the financial impact this could have on LGBTQIA+ people and businesses, but our top priority remains the health and well-being of all those that participate with us.”

“As the days have passed, it has become more and more clear that even with a decline in the spread of COVID-19, large-scale events such as ours are unlikely to happen in the near future,” Maryanne Roberto Fine, co-chair of NYC Pride, said in a statement. “We understand that we need to reimagine NYC Pride events — and have already begun to do just that.”

The board of membership of Heritage of Pride have agreed to participate in the virtual Global Pride event scheduled for Saturday, June 27.

NYC Pride will also look at other ways to celebrate pride that allow people to continue socially distancing without fear of spreading the virus, and will announce plans for those alternative celebrations as details develop.

WABC Channel 7, which has in the past provided coverage prior to and during the Pride Parade, has announced it will broadcast a special programming event in June to communities across New York and the tri-state area, according to Debra O’Connell, the president and general manager of WABC-TV.

“This virtual event will shine a light on Pride month and the incredible stories of unity and strength by utilizing the powerful reach of ABC-7, the number one station in the market, and the deep connection we have with our viewers and communities,” O’Connell said.

“New York City is the birthplace of the modern LGBTQ rights movement. We’ve come a long way since the first Christopher Street Liberation Day March 50 years ago, which is a testament to the bravery and resiliency of  LGBTIA+ New Yorkers in the struggle for equality,” New York City Mayor Bill de Blasio said in a statement. “While this pandemic prevents us from coming together to march, it will in no way stop us from celebrating the indelible contributions that the LGBTIA+ community has made to New York City or from recommitting ourselves to the fight for equal rights.”

The city has left open the possibility that some of the other 2020 Pride Month events may be rescheduled at a later time.

In lieu of in-person events, NYC Pride will focus its efforts on supporting initiatives like Pride Gives Back, a grant program designed to support LGBTQ organizations that serve some of the most marginalized communities.

Due to the success of the World Pride/50th anniversary of Stonewall celebration, NYC Pride has been able to increase the total number of grants offered through Pride Gives Back.

“We are a community that thrives when we are united,” Correa said. “We may not fill the streets of New York City this year, but LGBTQIA+ people carry pride with them all year long. I have no doubt that we will be together again soon.”

John Riley is the local news reporter for Metro Weekly. He can be reached at jriley@metroweekly.com
← Previous Story WATCH: Trailer released for ‘Hightown,’ a queer crime drama set in Provincetown
Next Story → San Francisco, San Diego cancel Pride events due to COVID-19