Everything arts and entertainment in the D.C. area this week! 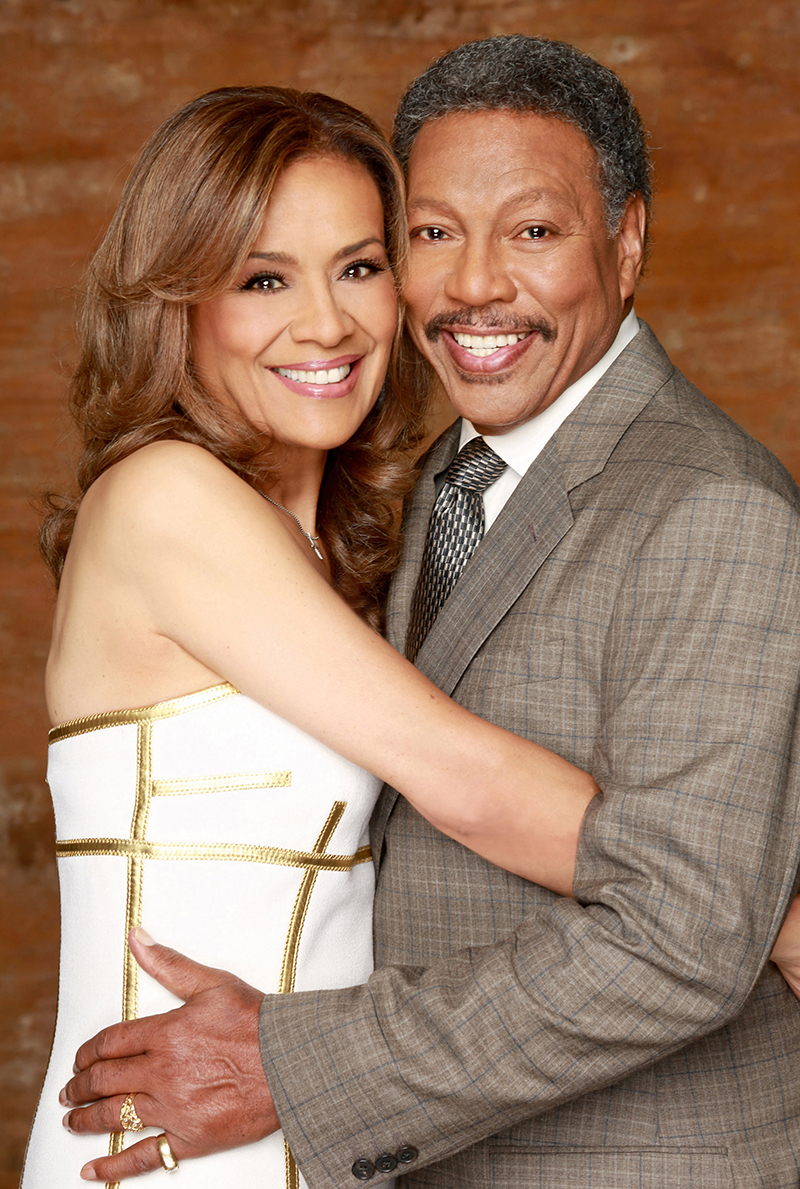 Next week, Marilyn McCoo and Billy Davis, Jr. will let the sun shine in as part of the official toast to the Hylton Performing Arts Center, the George Mason University-affiliated complex that opened a decade ago in Manassas, Va. The two Hollywood veterans first came to fame as married members of the “champagne soul” quintet The 5th Dimension, known for the Grammy-winning, chart-topping hits “Up, Up And Away” and “Aquarius/Let The Sunshine In.” Although shifted to a virtual affair, the gala retains one very real aspect of the usual in-person experience for those attendees who contributed $300 earlier this year: a three-course meal along with a bottle of wine prepared and home-delivered by Susan Gage Caterers. Saturday, July 18, starting at 6:30 p.m. Tickets are $50 for a link to the broadcast. Call 703-993-7759 or visit www.hyltoncenter.org. 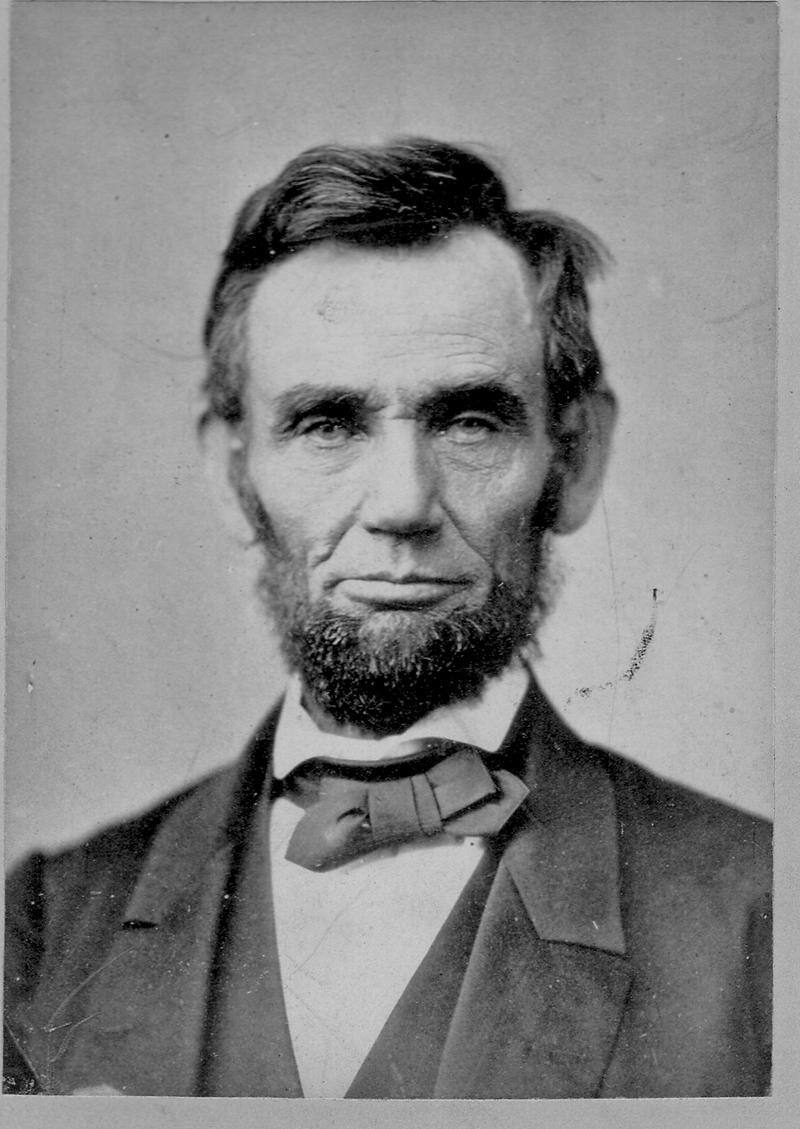 Since June, Ford’s Theatre has been offering free hour-long workshops once a week on Zoom exploring the great writing and oratory of the 16th U.S. President, with a goal of helping participants boost their public speaking skills. Two workshops remain, one focusing on “Lincoln’s Second Inaugural Address,” which many consider his greatest speech, and set for Tuesday, July 14, at 4 p.m., and concluding with “The Importance of Oratory Today,” emphasizing that Lincoln’s words still provide inspiration, on Tuesday, July 21, at 4 p.m. In addition to the workshops, the Lincoln’s Great Words Challenge invites anyone to show off their oratorical skills by recording and submitting a short selfie in which they recite a portion of a Lincoln speech of their choosing. The challenge runs to July 31. Free. Visit www.fords.org. 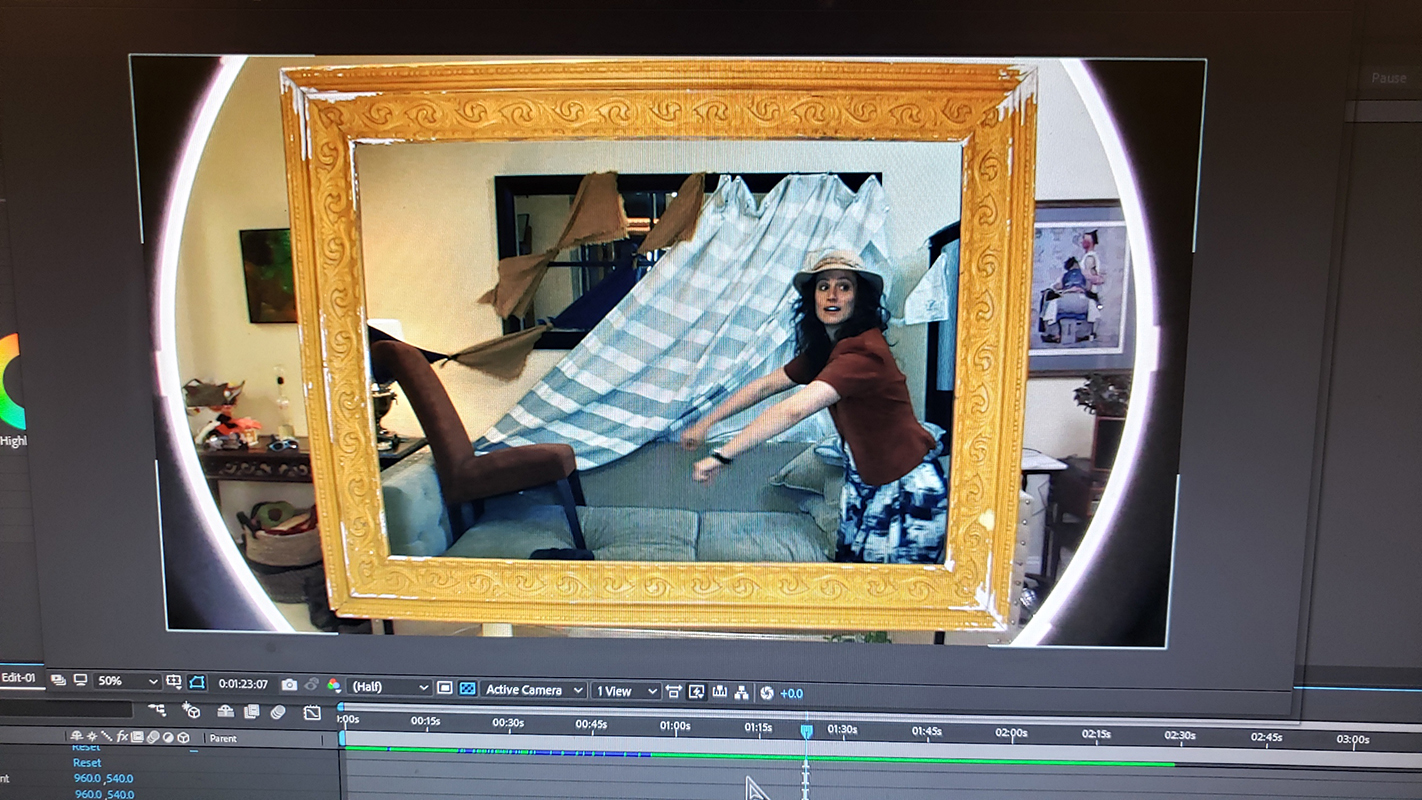 Synetic Theater’s first production in the era of COVID-19 is an inspired, “designed-for-digital production” that adapts the collection of short stories Giovanni Boccaccio created in the wake of the 14th Century’s Black Plague, which still stands as the worst pandemic in human history. The Decameron focuses on a group of young Italians sheltering-in-place and entertaining themselves by telling tales of all kinds. “We have 35 short stories produced by 35 very talented artists,” says Synetic’s Paata Tsikurishvili, who characterizes this collaborative mix of works as incredibly diverse yet ultimately very Synetic. The production has an interactive element, allowing a choose-your-own experience for viewers to watch the short stories in whichever order they wish, though they can also opt for pre-selected playlists or to watch them serially over a 10-day period starting Friday, July 10. Through July 31. Tickets are pay-what-you-can over $10. Visit www.synetictheater.org. 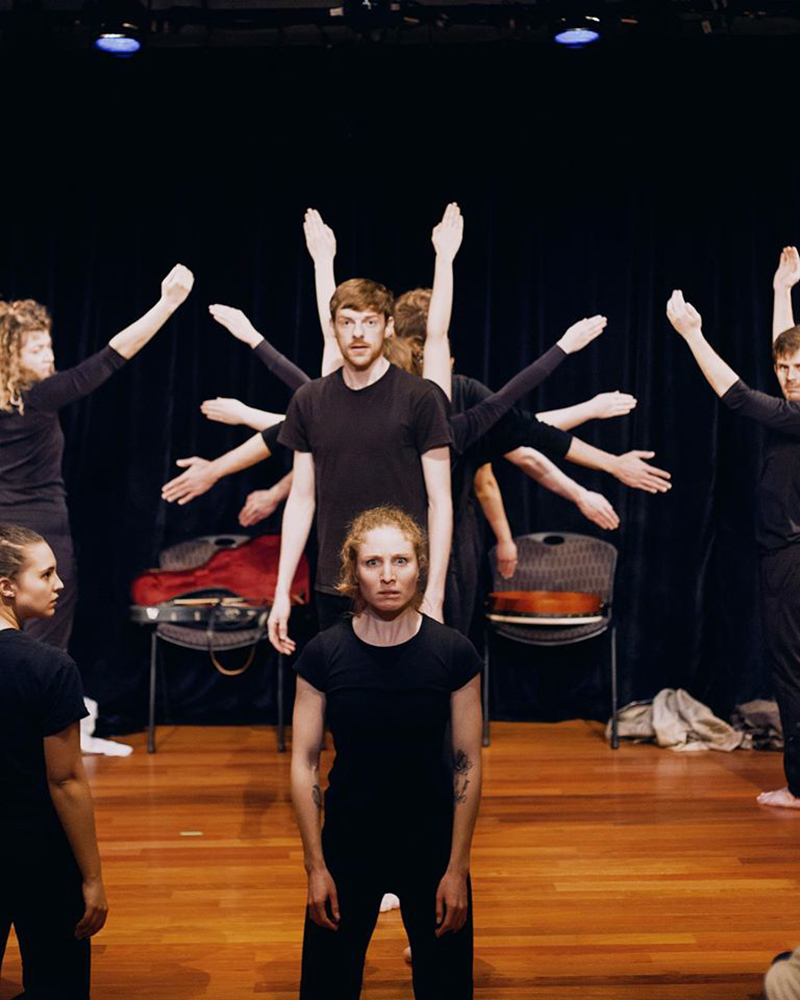 Graduating students from Shakespeare Theatre’s Academy for Classical Acting Class of 2020 are featured performers in the program’s 20th annual summer repertory season. Rather than in-person productions staged in rotating rep, this year’s offerings are three radio plays streaming for one day each. The series kicks off Thursday, July 16, with an honest and biting take on Romeo and Juliet directed by Holly Twyford with assistance from ACA alum Sara Dabney Tisdale. A visceral and haunting presentation of Hamlet directed by Alec Wild begins streaming on Friday, July 17, followed a day later with Aaron Posner’s adaptation of George Bernard Shaw’s epic Man and Superman. Visit http://aca.shakespearetheatre.org/radioreps. 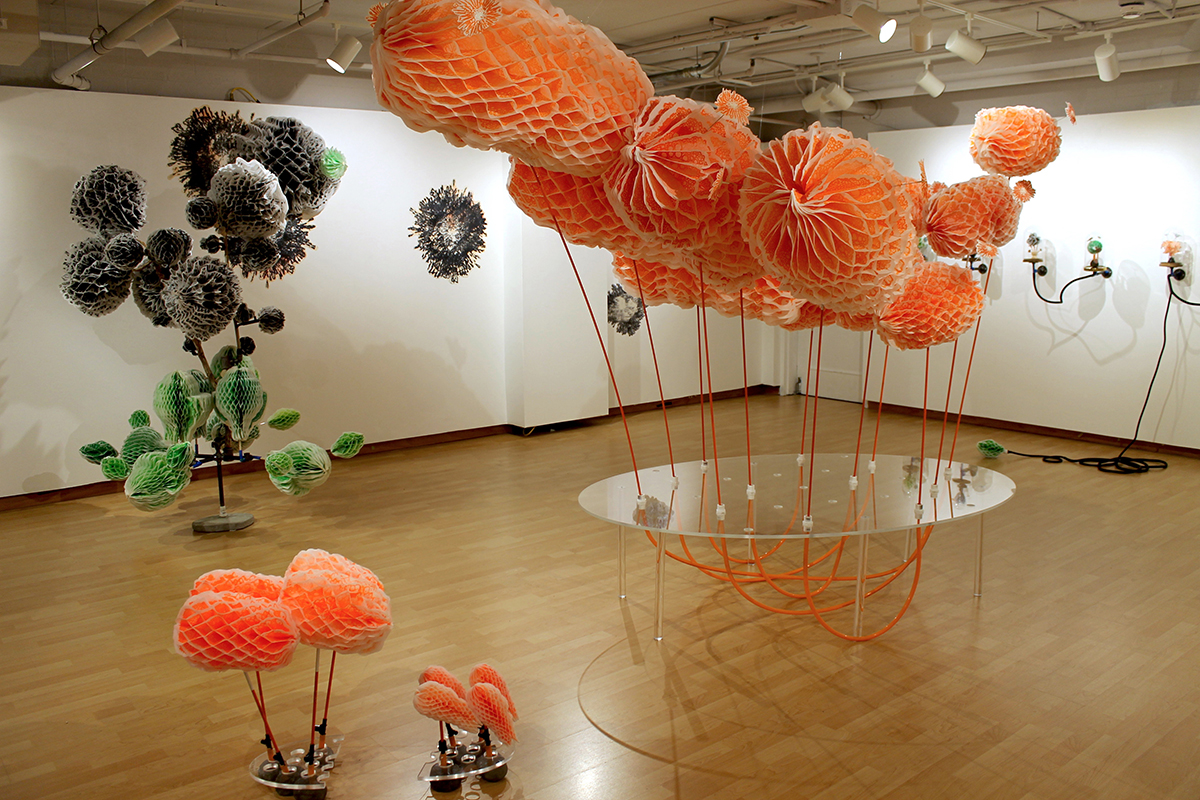 Target Gallery, the contemporary exhibition space inside Alexandria’s Torpedo Factory Art Center, reopens on a limited, socially distanced basis to showcase the work of this year’s national competitive solo exhibition winner, Tai Hwa Goh. A panel of judges selected the Korean-born, New Jersey-based artist as the best out of more than 150 applicants. Goh’s site-specific installation features delicate, often large or elaborate works made from printed and cut wax paper that mimic flowers and plants, displayed in exaggeratedly unnatural or artificial “arrangements” as a critique of the distorting influence of traditional floristry and “human-designed nature.” It further reflects the tension between the human desire to beautify interior spaces with “artificial selections” from nature that are dramatically different from the types that actually burst and bloom in the wild and uncontrollable “natural” environments. Opens with a virtual reception and walkthrough video tour by the artist on Friday, July 10, at 7 p.m. On display to July 26. Studio 2, 105 North Union St., Alexandria. Call 703-838-4565 or visit www.torpedofactory.org in advance to confirm availability. 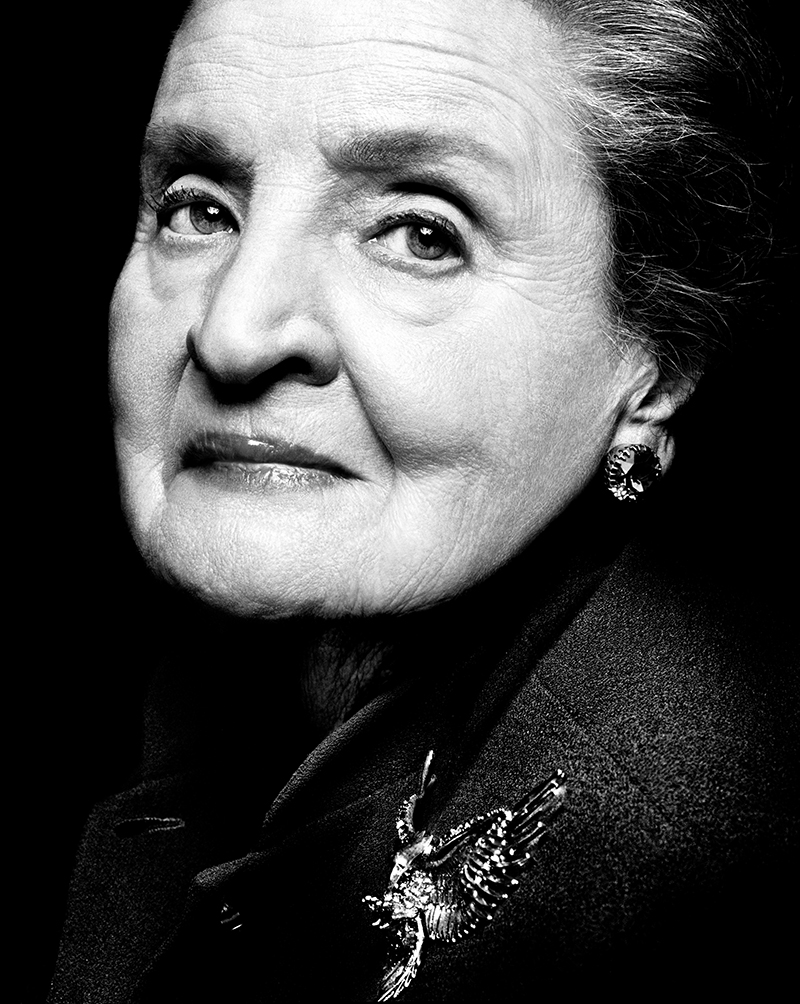 MADELEINE ALBRIGHT: HELL AND OTHER DESTINATIONS

Appointed during President Clinton’s second term as the first female Secretary of State, Madeleine Albright also became the highest-ranking woman in the history of the U.S. government at the time. In Hell and Other Destinations: A 21st Century Memoir, published in April, Albright shares insights from her life and career, including her post-government work leading the National Democratic Institute and helping shape this century’s forthcoming leaders in international policy and diplomacy as a professor at Georgetown University. Albright will discuss the memoir and current events as part of the next virtual offering in the “Talk of the Hill with Bill Press” series presented by the Hill Center. The pre-recorded discussion will stream on Wednesday, July 15. The event is free, but a donation of $10 or more is suggested, and registration is required to get the discussion video link. Visit www.HillCenterDC.org. 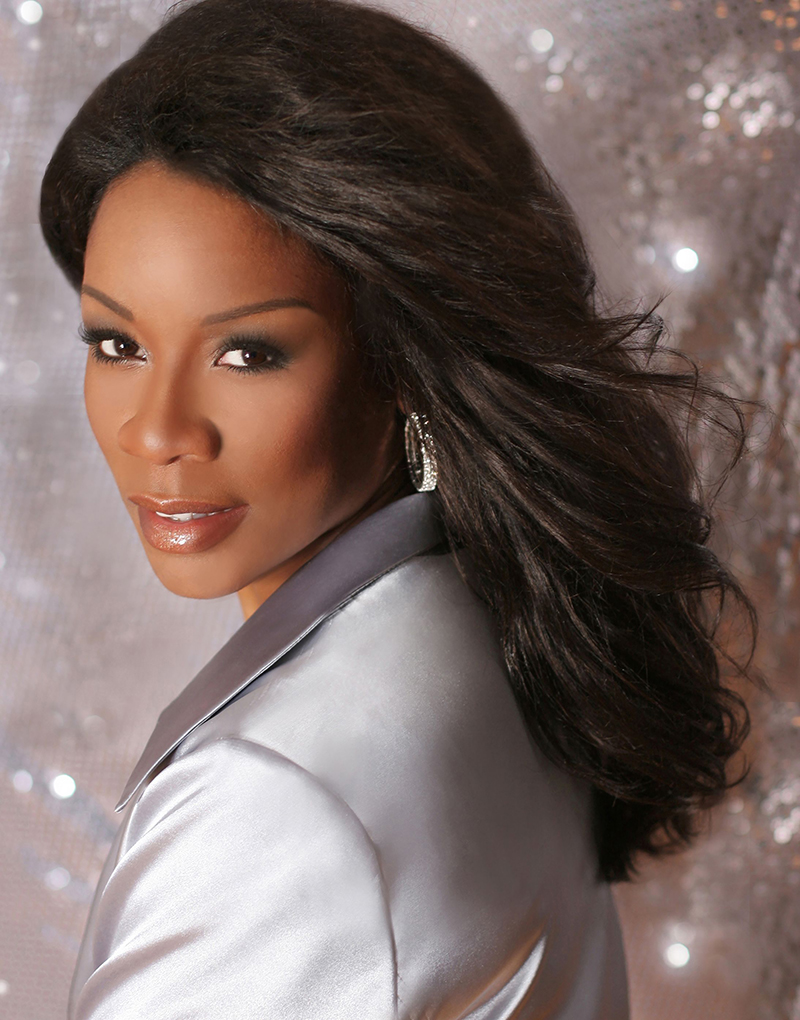 In lieu of live, in-person performances this summer, Wolf Trap Opera has dipped into the vault to present fully staged favorite productions from past seasons in its “Untrapped Online” series. But the company has also reconfigured its programming featuring the talented pool of 2020 Studio Artists to offer several livestream performances and cabarets between now and mid-August, including a virtual “Master Class with Denyce Graves” set for July 22 featuring the superstar mezzo-soprano and Wolf Trap Opera alum (Class of 1989) who is the 2020 Filene Artist in Residence. The offerings kick off with the popular annual cabaret featuring the company’s artists, with piano accompaniment, performing popular opera tunes in which “the audience gets to choose.” Specifically, each singer lists four arias in their jukebox and agrees to perform their aria receiving the most votes online. The result is a one-of-a-kind concert encompassing a surprising range of styles and composers. This year’s virtual event adds a raffle with prizes including free tickets to 2021 productions. Voting is open until Tuesday, July 14. Concert streams Saturday, July 18. Free, although a minimum donation of $10 is required to vote. Call 877-WOLFTRAP or visit www.wolftrap.org. 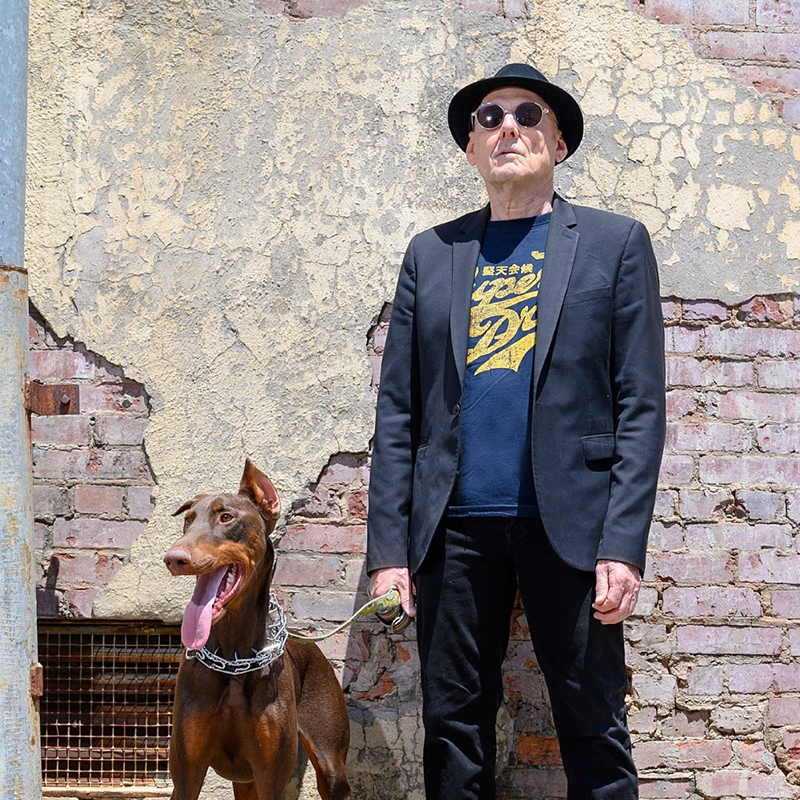 The Birchmere, Virginia’s legendary concert hall, is planning to be the first in the area to reopen since the onslaught of COVID-19 with two shows this weekend, the Billy Price Charm City Rhythm Band on Friday, July 10, and Daryl Davis on Saturday, July 17. The venue plans to slowly ramp back up, presenting additional shows in July on Friday and Saturday nights, with a lineup including Skinny Wallace (July 17), Jumpin’ Jupiter (July 18), the Nighthawks (July 24), Free Flowing Musical Experience (July 25), and The Roadducks (July 31). While adding safety measures — plus a $5 COVID fee to every ticket — that include a requirement to wear face masks at all times when not seated, as well as a request to stay seated as much as possible. Doors open at 6 p.m. with the availability of food and beverages, with all shows at 7:30 p.m. 3701 Mount Vernon Ave., Alexandria. Tickets are $15 per show. Call 703-549-7500 or visit www.birchmere.com. 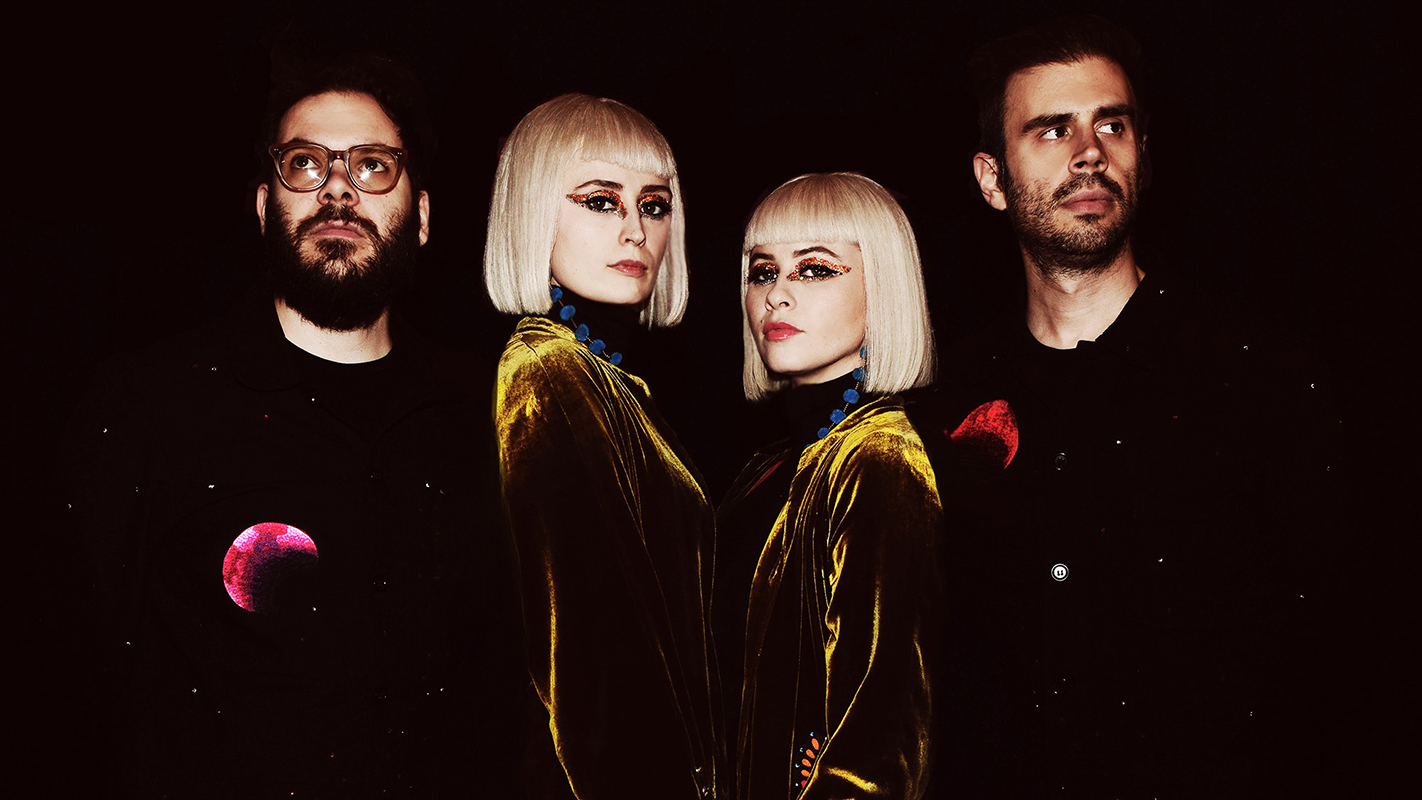 A four-piece indie-pop band known for its tight harmonies between dual lead vocalists Jess Wolfe and Holly Laessig, Lucius is presenting weekly live shows. The “Turning It Around Live Stream Series” serves as a fundraiser to help small businesses facing hardship due to COVID-19 in Los Angeles, where the formerly Brooklyn-centered band recently relocated. The schedule includes a concert focused on performing covers next Thursday, July 16; another “Performing Songs from the Bromley House” on Thursday, July 23; and concluding by “Debuting New Music” on Thursday, July 30. All shows at 9 p.m. and available as a 72-hour stream. Tickets are $15 per show. Visit www.seated.com.

Until it can re-open the acoustically rich former synagogue space, Sixth and I has been presenting a series, in partnership with DCist, featuring select artists in free livestream performances. The Living Room Sessions series draws to a close with a virtual concert featuring several local standout musical performers. The lineup includes “queer pop” artist Be Steadwell, dance synth-pop band Mystery Friends, jazz artist Luke Stewart, a solo set from Lotion Princess, and acoustic guitarist Yasmin Williams. Friday, July 10, starting at 3:30 p.m. Free, although both RSVPs and donations, which will be shared evenly among the venue and the featured artists, are appreciated. Call 202-408-3100 or visit www.sixthandi.org. 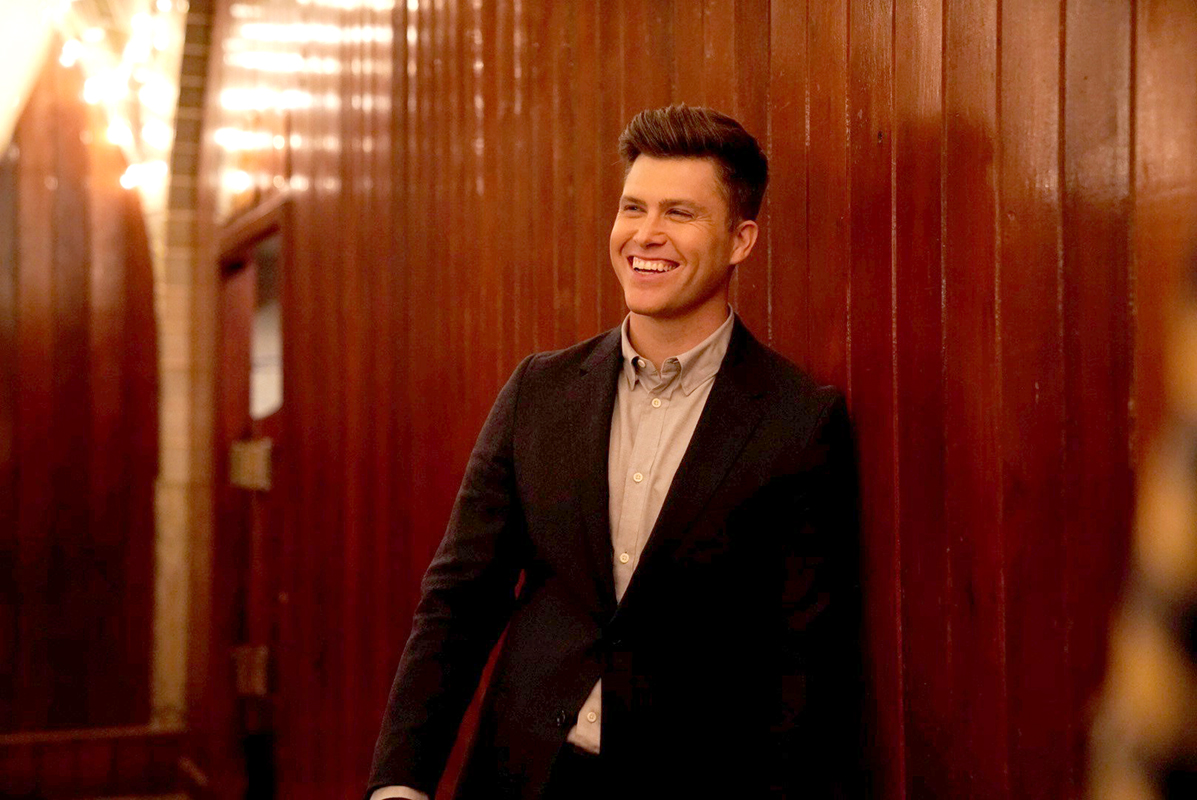 The Saturday Night Live head writer and co-host of its popular Weekend Update segment with Michael Che is currently out promoting his debut book. A Very Punchable Face: A Memoir is said to reveal “the brilliant mind behind some of the dumbest sketches on television,” as a result of the Harvard University grad’s work at SNL over the past 15 seasons. Tuesday, July 14, at 7 p.m. Tickets are $10 plus fees, or $32 plus fees for a signed copy of Jost’s book, and include virtual access to the event. Call 202-408-3100 or visit www.sixthandi.org.