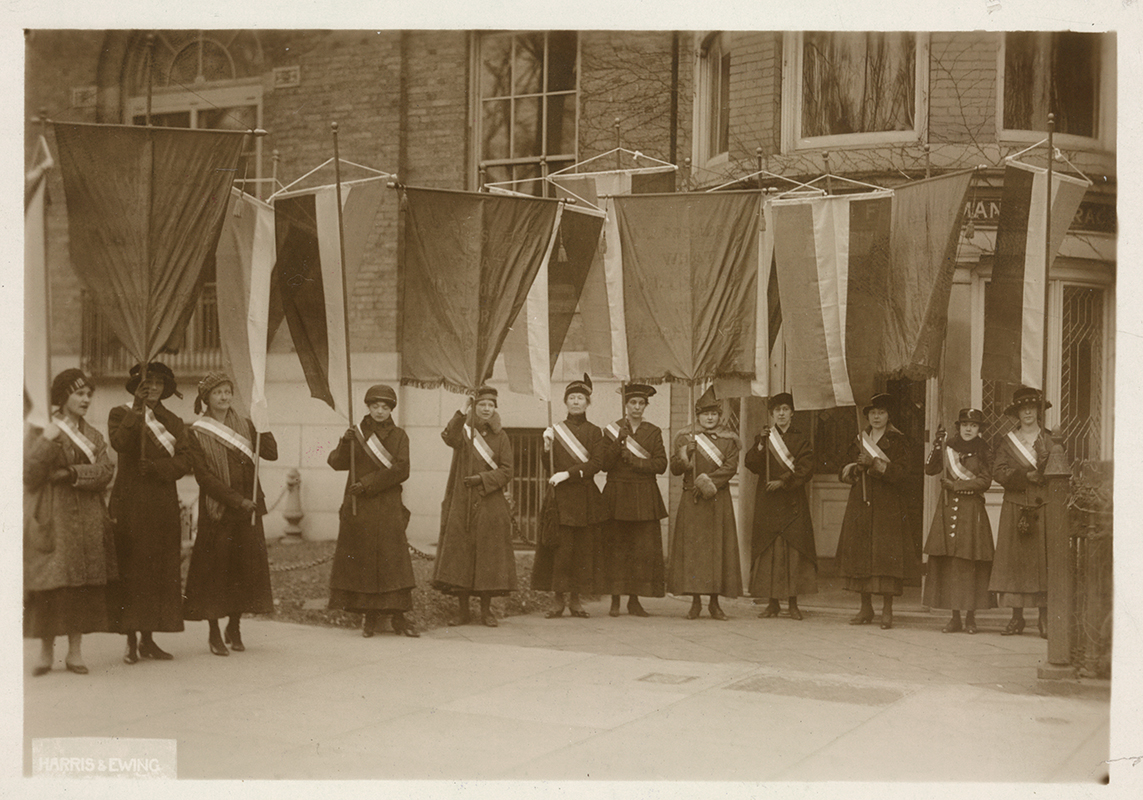 If all goes as planned, a month from now there will be nationwide celebrations honoring a milestone in American history — one you likely didn’t learn in high school.

“We’re going to light up a lot of buildings all across the country on August 26 in suffragist colors,” says Colleen Shogan, vice chair of the Women’s Suffrage Centennial Commission. “It will be very visible, including some prominent buildings here in Washington.” Now known as Women’s Equality Day, the date, 100 years ago, is when the 19th Amendment was officially added to the U.S. Constitution, cementing a woman’s right to vote. It was a victory for women, justice, and equality, 72 years in the making.

“The suffragist movement is the longest, continuous-spanning social movement you have in American history,” Shogan says. “And the largest enfranchisement of American citizens at one time is, of course, the 19th Amendment. So, in some ways, the greatest expansion of democracy happens on August 26, 1920.

“And yet most people can’t tell you anything about it. It’s not taught regularly in high school — not in American history classes, not in civics classes. I certainly didn’t learn about it until I went to college and took a women in politics class.

“It should be part of our curriculum because it’s such a terrific, inspirational story. The women who started the movement [including] Susan B. Anthony never lived to see the 19th Amendment passed. There were really three generations of suffragists that carried through on that organization.”

In addition to her work on the commission, Shogan recently joined the White House Historical Association, helping lead the independent, nonprofit organization’s work in the areas of research and education. One way she has done that is by providing historical context to today’s Black Lives Matter-related protests in Lafayette Park — chiefly by calling attention to the first group to picket at the site.

“What [the suffragists] are most known for is the protests that they started in January of 1917,” Shogan says. “They were the first organized protest in front of the White House in American history. So they’re really the origins of what we see today. Lafayette Park [is]…a park of activism, the place where people go who are interested in protesting in front of the White House.”

To Alice Paul, who led the suffragists in Lafayette Park, the locale was ideal because of its proximity to the president, who “works and lives just a few hundred yards away from the border of the park.”

But is that still the case today? The current occupant of 1600 Pennsylvania Avenue has been trying with all his might not to listen to, engage with, or in any way show support to the protesters.

“[The park remains] probably the most prominent, famous place where protesters can make their voices heard,” Shogan says. “There is historical anecdotal evidence that even if a president does not engage with the people in the park — and that’s not something that would really probably happen today, for all kinds of reasons — the president…is affected by what goes on there.”

Colleen Shogan features in the “Women’s Suffrage and the White House” episode of The 1600 Sessions podcast, available now. Visit www.whitehousehistory.org.

For more on next month’s Suffrage Centennial plans, visit www.womensvote100.org.

NBJC’s David J. Johns on race, justice, and the importance of replacing Trump