Rannells plays a straight character in "The Prom," which features James Corden in a gay role

Andrew Rannells has weighed in on discussions regarding hiring straight actors to play gay roles, saying he goes “back and forth” on the issue.

In the recently released The Prom, Ryan Murphy’s Netflix adaptation of the acclaimed Broadway musical of the same name, Rannells plays one of four Broadway stars who travel to a fictional town in Indiana to help a lesbian teen barred from taking her girlfriend to her high school prom.

In a slightly unorthodox casting move, Rannells plays a straight role in the film, while heterosexual James Corden plays a gay character.

UK LGBTQ magazine Attitude asked Rannells about the casting decision, given it might subvert audience expectations.

“You know, I kinda go back and forth about this,” he said. “Obviously, representation is very important, but what I feel that Ryan [Murphy] does so well is, you know, it’s the best person for the job, quite frankly. In the same way that James can play the gay character, he’s also given me an opportunity to play a straight character, which is not something I do all the time.

“As much as he takes [an actor’s sexuality] into consideration, I think ultimately he’s looking for talent and parts, and he’s given me the opportunity to play this part which maybe another director wouldn’t have cast me in, and I’m very grateful for the opportunity.”

Rannells, who grew up in a small town in Nebraska, said that the film’s story also hit close to home.

“I was very lucky, my family was incredibly supportive,” he said. “I came out after high school before I moved to New York for school, but I’m grateful to say I had a very easy coming out. But certainly, [Corden’s] character did not, and unfortunately, that experience is probably a little more realistic than the one I had.

“I came out to my mother, I told her ‘Mom, I’m gay’, and she was like ‘Yuh-huh’. When I was a kid I wanted to be a Solid Gold dancer, which was like a dance show in the US in the ’80s. That was my dream job, so I’m pretty sure my parents had a sneaking suspicion there was something special about Andy.”

Kristen Stewart, who is bisexual, recently said that only requiring LGBTQ actors to take LGBTQ roles was a “slippery slope.”

Both LGBTQ activists and those working in Hollywood have been urging greater representation in front of and behind the camera.

In September, the Academy of Motion Picture Arts and Sciences announced major changes for the annual Academy Awards, requiring greater LGBTQ representation both in the narratives depicted and in those working in front of and behind the camera.

The rules require producers to make diversity and representation a priority for future productions by hiring more LGBTQ people, women, people of color, and those with cognitive or physical disabilities.

Halle Berry recently said she would no longer consider a role as a trans man in an upcoming film, saying “the transgender community should undeniably have the opportunity to tell their own stories.” 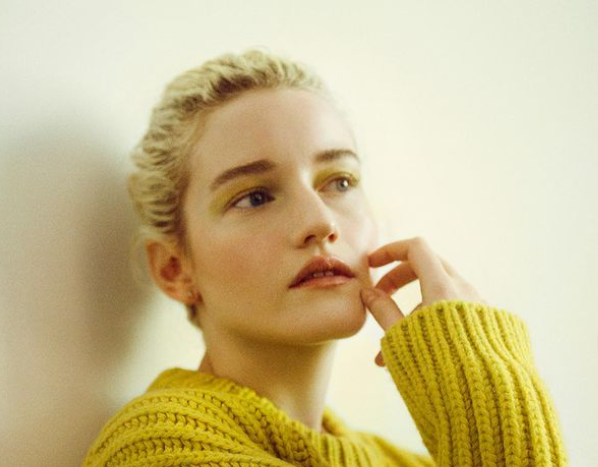