By John Riley on February 12, 2021 @JohnAndresRiley 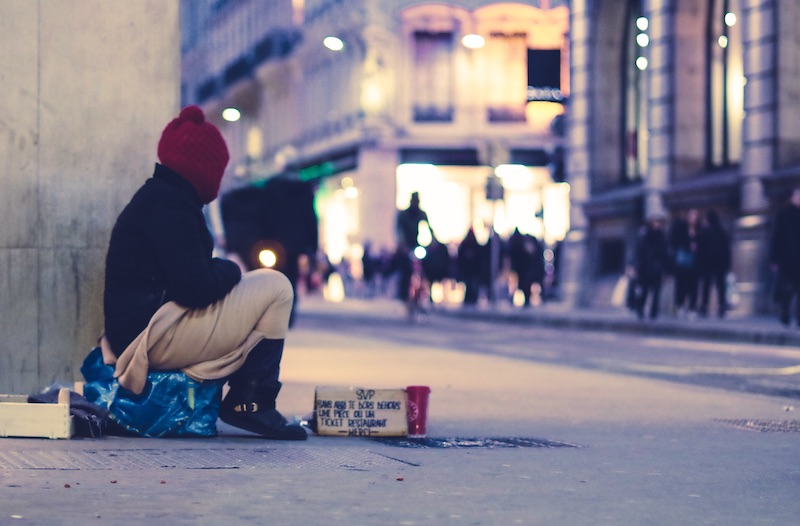 On Thursday, the U.S. Department of Housing and Urban Development announced that it would take steps to ban housing discrimination against LGBTQ people.

The department issued a memorandum stating that HUD interprets the Fair Housing Act as barring discrimination on the basis of sexual orientation or gender identity as an illegal form of sex-based discrimination, and thus, directs all HUD offices and recipients of HUD funds to embrace that interpretation.

The move comes as the agency seeks to comply with President Joe Biden’s executive order directing the federal government to adhere to the legal principles outlined in a Supreme Court decision on LGBTQ workplace discrimination last year.

“Housing discrimination on the basis of sexual orientation and gender identity demands urgent enforcement action,” Jeanine Worden, the acting Assistant Secretary of the Office of Fair Housing and Equal Opportunity, said in a statement. “That is why HUD, under the Biden administration, will fully enforce the Fair Housing act to prohibit discrimination on the basis of gender identity or sexual orientation. Every person should be able to secure a roof over their head free from discrimination, and the action we are taking today will move us closer to that goal.”

In abiding by the principles outlined in its own memo, HUD promises to accept and investigate all complaints alleging sex-based discrimination in housing or violations of the Fair Housing Act, including in instances of anti-LGBTQ discrimination.

Under that interpretation of fair housing laws, state and local jurisdictions funded through HUD’s Fair Housing Assistance Program will be required to administer their laws in a way that prohibits anti-LGBTQ discrimination. Organizations or agencies receiving grants through HUD’s Fair Housing Initiative Program must carry out their funded activities to prevent and combat instances of discrimination based on sexual orientation or gender identity.

Additionally, FHEO regional offices, FHAP agencies, and FHIP grantees will be required to review all allegations of housing discrimination received since Jan. 20, 2020 and notify complainants — within 30 days — that they may have the option of pursuing legal action to remedy any alleged discrimination.

The HUD memo was greeted with praise from LGBTQ advocates, who said actions to prohibit anti-LGBTQ discrimination in housing are long overdue.

“For too long, LGBTQ Americans have faced rampant discrimination in housing and shelter,” Sarah Kate Ellis, the president and CEO of GLAAD, said in a statement. “Whether being turned away by landlords, mortgage lenders, or shelters, anti-LGBTQ discrimination has largely gone unchecked in the majority of U.S. states that have no laws protecting our community from housing discrimination. Rates of poverty and homelessness are higher for LGBTQ people, and HUD’s move to offer protections is direly needed to ensure our community’s safety and wellbeing.”

A number of housing discrimination studies have shown that same-sex couples and transgender individuals are particularly vulnerable to discrimination. An April 2020 study by the Williams Institute, an LGBTQ-focused think tank the UCLA School of Law, found that LGBTQ people are more likely than cisgender counterparts to suffer homelessness, live in poverty, have lower rates of home ownership, or face discrimination when seeking housing or shelter.

Paired-testing studies —  in which investigators posing as a heterosexual couple and a same-sex couples, or as a heterosexual, cisgnder individual and an LGBTQ individual, send two separate emails inquiring about rental opportunities — on both a national and local levels have found that landlords are less likely to respond to rental inquiries from same-sex couples, even states where anti-LGBTQ discrimination is housing is technically illegal.

In addition, a 2019 Iowa State University study found  that same-sex couples are 73% more likely to be denied a mortgage, despite being “less risky overall.”

Unfortunately, HUD has been constrained under past administrations from taking direct action to remedy instances of anti-LGBTQ discrimination, due to legal uncertainty about whether such discrimination was illegal and whether HUD was empowered to take such actions.

Only 22 states have laws explicitly banning housing discrimination on the basis of sexual orientation or gender identity, meaning that a majority of LGBTQ Americans, until this point, have had no legal protections in place to prevent them from being discriminated against.

LGBTQ advocacy groups and allies are ecstatic about the principles outlined in HUD’s memo regarding its commitment to combating discrimination.

“Today, thanks to the Department of Housing and Urban Development and President Biden, LGBTQ people can rest assured that if they are denied housing in an emergency or refused rental of an apartment because of their sexual orientation or gender identity they will have recourse under federal law,” Alphonso David, the president of the Human Rights Campaign, said in a statement.

“This announcement implementing the Supreme Court’s Bostock ruling and applying it to the Fair Housing Act will make a huge impact on the lives of LGBTQ people, particularly transgender people and LGBTQ people of color who face disproportionate rates of discrimination.”

“Lambda Legal applauds this step by the Biden Administration to make the promise of equal housing opportunity real for LGBTQ people across the country,” Loewy said in a statement. “As our housing work has demonstrated and the Bostock decision confirmed, the harassment and discrimination that LGBTQ people face in housing are forms of sex discrimination that federal law will not tolerate. These actions by HUD will both prevent future discrimination and ensure that those who have experienced discrimination have a clear avenue for relief.”

HUD’s memo also comes a day after the Biden administration agree to a court-ordered pause on a last-minute Trump administration rule that sought to permit social service agencies and providers receiving grants from the U.S. Department of Health and Human Services to refuse services to individuals or groups based on their sexual orientation and gender identity, as well as other traits, in the name of religion. That rule applied to programs dealing with foster care and adoption services, HIV and STI prevention, youth homelessness, refugee resettlement, and elder care.

The HUD memo does not address former Secretary of Housing and Urban Development Ben Carson’s decision to amend the Equal Access Rule to allow single-sex shelters to turn away transgender individuals whose gender identity does not match their assigned sex at birth, although some political observers believe the Biden administration will move to revise the rule in a manner consistent with how it was enforced under the Obama administration.

U.S. Rep. Jennifer Wexton (D-Va.), who previously clashed with Carson over Trump-era revisions to the Equal Access Rule and called for the secretary’s resignation following transphobic comments he made, praised the Biden administration for promising to protect LGBTQ people by fully enforcing the Fair Housing Act.

“Housing saves lives,” she said in a statement. “I fought relentlessly to protect the right to shelter for transgender Americans when it came under attack during the last administration because we know discrimination against vulnerable LGBTQ Americans remains prevalent and that discrimination can often lead to real danger.”

“For the past four years I have fought alongside LGBTQ and housing activists against the Trump/Carson HUD that was committed to enabling discrimination, prejudice, and bigotry,” Quigley said. “Today’s announcement, in the first weeks of the Biden Administration, is a declaration that LGBT rights are human rights and that housing discrimination on the basis of gender identity or sexual orientation is unacceptable and should be relegated to the shameful past.”

Florida man allegedly cuts power to gay couple’s home, then stabs one of them with a chisel