Over 2,000 origami doves will greet visitors at the National Cathedral.

“Across religious traditions and even across cultures, doves are symbols of peace and hope,” says Kevin Eckstrom, the chief communications officer of the Washington National Cathedral. “When you go into the space and you see this flock, it’s almost like they’re pointing towards something. They’re all flying in the same direction, but at different elevations and in different ways. And the ambient air in the cathedral makes them all move. It’s a moving installation.”

The flock to which Eckstrom is referring is “Les Colombes,” a display of over 2,000 origami doves that the German artist Michael Pendry suspended from the gothic edifice’s 100-foot-high ceiling. “There’s a giant net that runs down half of the nave that he erected using a cherry picker,” Eckstrom says. “Then he individually tied each dove onto the net [making] the pattern — the doves sort of weave left to right and then up and down throughout.”

The view is further enhanced with the addition of recorded “sounds of wings flapping and doves cooing,” and special lighting displays — including the “spectacular” natural rainbow effects that filter in on the birds from the church’s many stained-glass windows when the sun hits them throughout the day. It took Pendry about a week to install last December.

“At the time, we said, ‘Well, we’ll have it here, and maybe people will be able to get in to see it,'” says Eckstrom. “But that was a pretty dark time in the pandemic, there wasn’t much cause for hope, no matter where you looked. So we made plans for people to be able to experience it online, through a virtual component, which is still there.”

Last week, the cathedral initiated the process of reopening, releasing a limited batch of timed-entry tickets — most of which promptly sold out — to “Les Colombes,” making the exhibition “a kind of a soft opening for us.” In the days ahead, they hope to announce expanded operations and public access, including the return of in-person worship services for the first time since the pandemic’s start.

“With the changing CDC guidance, we’re still trying to interpret what that means in terms of capacity and tickets and availability,” Eckstrom says. “We’re really excited, after all this anticipation, to finally be able to get people into the building to see the exhibit.

“There’s something transcendent about this installation in this kind of space,” he continues. “This would look very different in Pentagon City or Tysons Corner. But being in a sacred space, and particularly such a beautiful, sacred space, that gives it an extra layer of awesome.”

“Les Colombes” is on display through July at the Washington National Cathedral. Timed-entry tickets are $10, with current availability only for daytime visits in June; additional tickets, including times in July, are expected later this month. Call 202-537-2228 or visit www.nationalcathedral.org.

Georgetown GLOW lights up the neighborhood for spring

Jace Kaholokula Saplan debuts as the new head of the Choral Arts Society with a tribute to Washington, D.C. 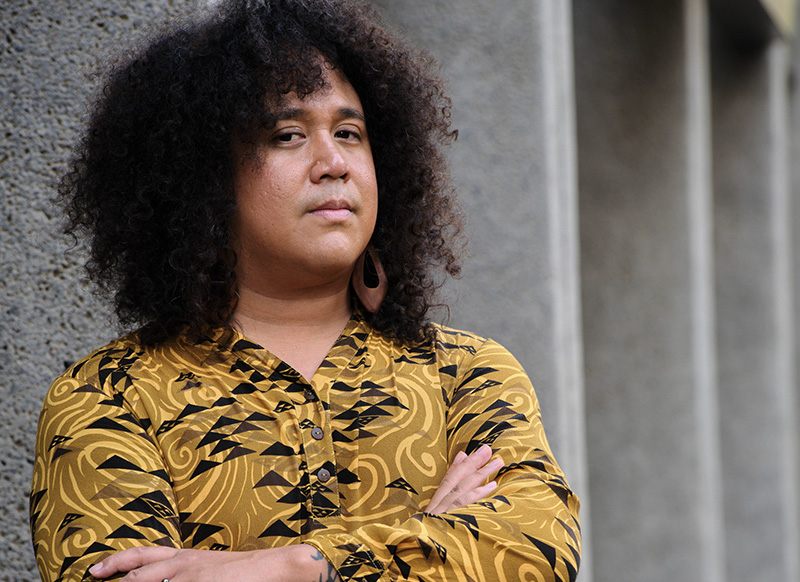 "There's a specific rhythm to this city that is so vibrant," says Jace Kaholokula Saplan, a native of Hawaii who, as a recent transplant, has been getting into the groove of D.C. "Just walking around Dupont Circle, or going to the rehearsal hall, there is such a need to do something for one's community, to do something for society, to ensure that their lives are worth living. And it's an inspirational scene for a musician."

It's especially stimulating to a musician like Saplan who feels similarly compelled by virtue of their specific identity and heritage.

"I identify as a native gender expression called māhū," they say. "Because of how māhū is articulated in the native space, I find connection of being māhū to being nonbinary…. Māhū folks stand right at the center to embrace both because our role in society is to learn all of the chants and learn all of the stories and learn all of the responsibilities between and and pass it on to the next generation. Many māhū folks within Hawaii serve as music educators, to pass down these songs."