LGBTQ employees of OSF HealthCare in Illinois and Michigan will no longer be offered insurance coverage for fertility treatments.

OSF HealthCare, a Catholic hospital system out of Illinois, has restricted the employee health plan benefits it offers to LGBTQ employees.

The health care system changed its policy by narrowing the insurance plan’s definition of “infertility” from any person unable to get pregnant to “the inability for a married couple of opposite sex spouses to conceive.” According to Bloomberg News, OSF HealthCare has characterized the policy shift as attempting to “assist married opposite sex spouses” in conceiving a child.

OSF HealthCare operates around 147 medical facilities in Illinois and Michigan, with over 24,000 employees. By amending the definition of fertility, only straight people — more accurately, employees in opposite-sex relationships — will be able to have their fertility treatments covered by their employee health care plan.

Given the Catholic Church’s stance on homosexuality and marriage, it is not surprising to see religious institutions or religiously-affiliated employers adopting policies that exclude LGBTQ individuals from benefits typically offered to married couples.

Critics were quick to denounce OSF HealthCare’s new policy, arguing that an employer is not denying treatment to some of its workers due to “objections to the treatment they are seeking” — as it might in the case of an abortion or gender confirmation surgery — but merely due to their LGBTQ identity.

Peter Romer-Friedman, an attorney who is representing a same-sex male couple who claims they were denied coverage for in vitro fertilization under New York City’s health insurance plan, told Bloomberg that he believes OSF HealthCare’s actions are a clear “violation” of federal workplace discrimination. In 2020, the Supreme Court ruled that LGBTQ employees are protected from employment discrimination under Title VII of the Civil Rights Act, but did not rule on the specifics of insurance coverage or other employee benefits to which workers may be entitled.

However, Noel León, an attorney who is representing LGBTQ clients suing insurance giant Aetna over the lack of parity in fertility coverage for same-sex couples, warned that determining whether such discrimination is unlawful may be difficult, as there are laws that give exemptions to religious schools allowing them to discriminate in which teachers they hire or which students they accept.

It remains uncertain as to whether similar exemptions would extend to hospitals or health care providers with respect to employment benefits, including insurance coverage.

Typically, religiously-affiliated health care institutions have invoked the First Amendment when confronted with decisions to deny insurance coverage, or allow employees to exempt themselves from treating LGBTQ patients or performing certain procedures based on rights of religious conscience. But that has not stopped LGBTQ individuals from filing lawsuits asking courts to find such actions discriminatory.

Last year, U.S. Supreme Court recently declined to hear a Catholic hospital’s appeal of a ruling allowing a transgender patient to sue over being denied a hysterectomy — meaning the case will be allowed to proceed before being determined on its merits. But the larger issue of religious exemptions — which may come into play in the case of OSF HealthCare’s insurance benefits — remains largely unresolved by the courts.

As of now, no LGBTQ employee has challenged OSF’s new policy.

BlueCross BlueShield will be the plan administrator for the OSF HealthCare employee health plan. But the company declined to comment on the changes to the definition of “infertility.”

The question of fertility treatment for LGBTQ employees is not a new point of contention in America. In 2021, Aetna was sued for a policy that some people claim requires LGBTQ couples to pay more out of pocket. And, in the past, state governments—specifically Massachusetts and Maryland—have pursued legislation that seeks to add protections for same-sex couples seeking fertility treatment.

Mother says "This Book is Gay" provides information about dating apps and sex, making it "dangerous" for children to read. 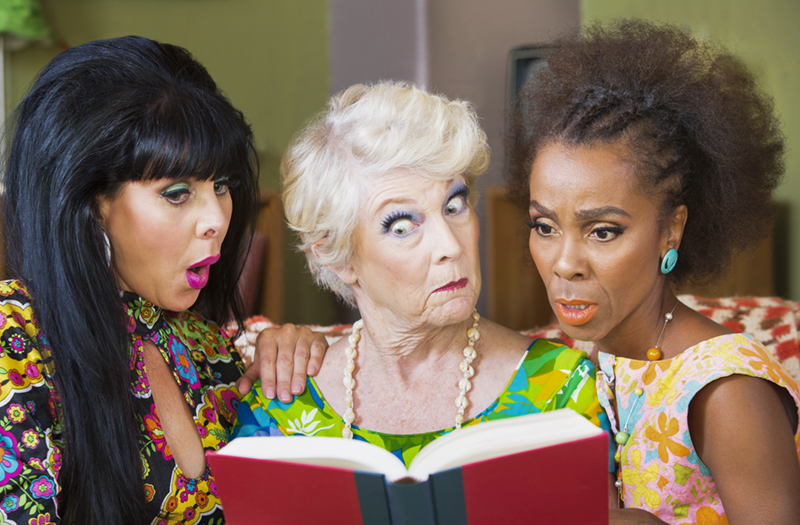 A mother of a high school student in Michigan reportedly filed a police report over the presence of a gay book in her daughter's school library due to its "graphic" content and belief that the book's advice could put students in danger.

This Book is Gay, by Juno Dawson, is one of seven that have been pulled from circulation by the Dearborn Public Schools system after parents objected to their content. Five of the titles deal with LGBTQ content or contain primary or secondary characters who are LGBTQ. The school system also restricted access to an e-book app frequently utilized by students.