Researchers from Yale are slamming a report from Florida health care officials that takes a hardline stance against the use of Medicaid dollars to pay for gender-affirming care, claiming the 48-page report is biased, unscientific, flawed, and — above all — politically motivated.

The analysis, published earlier this month by a group of seven scientists and a Yale law professor, highlights what it says are major deficiencies in a June 2 report released by Florida’s Agency for Health Care Administration.

In their analysis, the researchers found that the AHCA report “ignored accepted scientific studies and consensus acknowledging gender dysphoria and the medical therapies effective in treating it,” and cites sources that are neither published nor peer-reviewed, or that have no scientific merit, including an opinion letter to the editor and a student blog.

The researchers also criticized experts who helped write the report, noting that some have ties to groups with a history of opposing LGBTQ legal rights and postulating that the “experts” were chosen because of their bias.

“Florida’s own standards for the determination of medical necessity recognize this point when they state that determinations of Medicaid coverage must consult ‘published reports and articles in the authoritative medical and scientific literature related to the health service (published in peer-reviewed scientific literature generally recognized by the relevant medical community or practitioner specialty associations),'” the researchers note. “It is thus both unscientific and a violation of the regulations for the June 2 Report to rely on the unpublished documents as its principal evidence base.”

The Yale researchers claimed that Florida’s AHCA dismissed studies that might be more favorable regarding gender-affirming care as “low quality,” yet: “If Florida’s Medicaid program applied the June 2 Report’s approach to all medical procedures equally, it would have to deny coverage for widely-used medications like statins (cardioprotective cholesterol-lowering drugs taken by millions of older Americans) and common medical procedures like mammograms and routine surgeries.”

The AHCA June 2 report claims that “the research supporting sex reassignment treatment is insufficient to demonstrate efficacy and safety,” and calling gender-affirming treatments like hormones “experimental and investigational.”

Echoing recommendations made by Florida Surgeon General Joseph Ladapo in April, the report also accuses advocates of gender-affirming care of downplaying the long-term effects of hormonal or surgical treatments and the risk associated with pursuing such treatments. The report argues that the potentially “irreversible” risks of gender-affirming treatments — including effects on fertility, bone density, and growth — outweigh the potential benefits of such therapy.

Anne Alstott, a professor at Yale Law School and one of the researchers critiquing the Florida AHCA report, accused Florida health officials of using “pseudoscience” to justify adopting medical policies that conform to a political agenda.

But an AHCA spokesperson pushed back against that charge, telling the Tampa Bay Times that the state stands by its report and that it’s the Yale researchers who are flouting science.

“This is simply another example of the left-wing academia propaganda machine arrogantly demanding you follow their words and not the clear evidence-based science sitting right in front of you,” wrote Brock Juarez, the AHCA spokesperson. “The Yale ‘review’ is a hodgepodge of baseless claims using ‘expert opinions’ that lack any sort of real authority or scientific credibility.”

The credibility of both the AHCA report and the Yale analysis critiquing it are important, since the report is being used to justify legislation to bar doctors from prescribing hormones or other treatments to transgender minors, as well as a much broader proposed rule that would ban the use of Medicaid dollars to cover hormonal therapies — not only for youth, but transgender adults throughout the state.

If the rule were approved, Medicaid would be barred from covering puberty blockers, hormones, gender confirmation surgeries, and any other surgical interventions that “alter primary or secondary sexual characteristics,” on the grounds that the condition they are used to treat, gender dysphoria, doesn’t meet the definition of “medical necessity.”

While the state has not provided data on how many Medicaid patients are receiving gender-affirming treatments, a 2019 report by the Williams Institute, an LGBTQ policy think tank at the UCLA School of Law, estimates that approximately 9,000 transgender Floridians who receive Medicaid could be affected if the insurance program stops covering the cost of the hormones or other treatments they receive.

Those affected by the denial of coverage would either have to forego treatment, or pay out of pocket, likely racking up tons of financial debt in the process. In turn, this could lead to negative health consequences for patients suffering from gender dysphoria, leading them to become depressed, feel isolated, contemplate or attempt suicide, or engage in other self-harming behaviors, including self-medication with substances like alcohol or drugs.

Dr. Michael Haller, a pediatric endocrinologist, told the Tallahassee-based radio station WFSU that about two-thirds of his team’s 200 patients are covered by Medicaid, meaning paying out of pocket is not an option for the families of those patients.

“Certainly pubertal blockers could run thousands of dollars per month in out-of-pocket expenses,” Haller said, calling the price tag “cost-prohibitive” even for patients with regular of high incomes. “So [banning Medicaid coverage of gender-affirming treatments] would effectively eliminate their real-world access to those medications.” 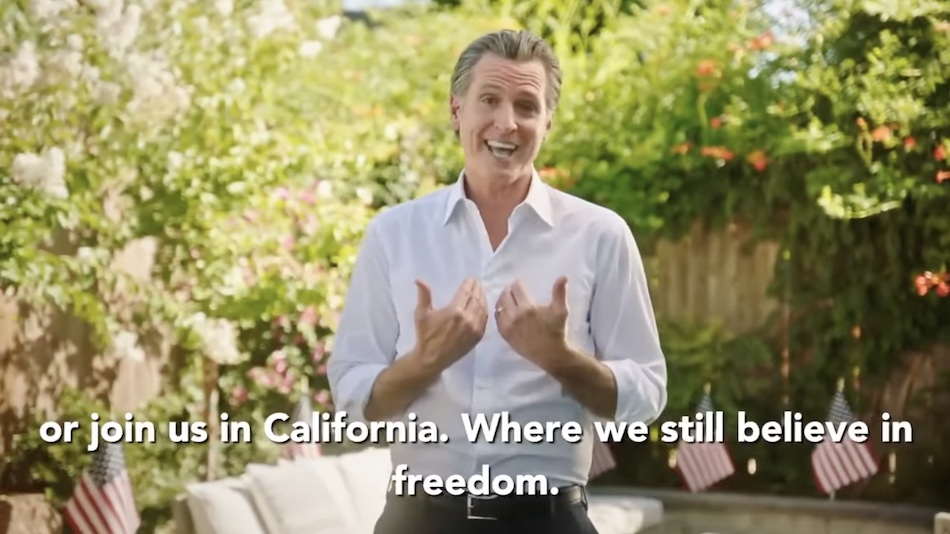