“[Gay people] are our fellow Singaporeans. They are our colleagues, our friends, our family members,” Loong said. “We need to find the right way to reconcile and accommodate both the traditional mores of our society and the aspiration of gay Singaporeans to be respected and accepted.”

Same-sex marriage is already illegal in Singapore. In his speech, Loong declared his intent to enshrine that ban in the Constitution, saying he wants to shore up the definition of marriage as existing solely between a man and a woman, because Singapore’s current ban on same-sex marriage may be vulnerable to a challenge in court under the Constitution’s equal protections clause.

“We have to amend the Constitution to protect [the traditional definition of marriage], and we will do so,” Loong said. “This will help us repeal Section 377A in a controlled and carefully considered way. It will limit this change to what I believe most Singaporeans will accept.”

Heterosexual marriage in Singapore remains tied to a number of national policies, including public housing and adoption rules, all of which Loong said he does not intend to change.

However, his insistence on banning same-sex marriage comes as Singaporeans increasingly support gay relationships, according to a 2022 Ipsos poll.

The poll, released in June, found a decreasing number of Singaporean citizens and permanent residents who support 377A compared to a 2018 poll. Moreover, 45% of respondents said they were more accepting of same-sex relationships than they were three years prior.

In a compromise measure at the time, Loong said the government would not “proactively enforce” 377A’s ban on sex between men.

The law has faced several legal challenges since then. As recently as February, the Court of Appeal of Singapore declined to overturn the law because the government already vowed not to enforce it.

LGBTQ rights activists have supported the repeal of Section 377A for years. Organizations like Oogachaga, a Singaporean LGBTQ advocacy group, greeted the Sunday announcement about the law with hope.

“We live in a safe country governed by the rule of law. It is now time to extend that safety to all LGBTQ individuals and their families in Singapore,” Oogachaga wrote in a statement. “There is no need for families and marriage to be protected from the LGBTQ community.”

Republican congresswoman suggests there isn't an appetite in Congress to push a law banning same-sex marriage. 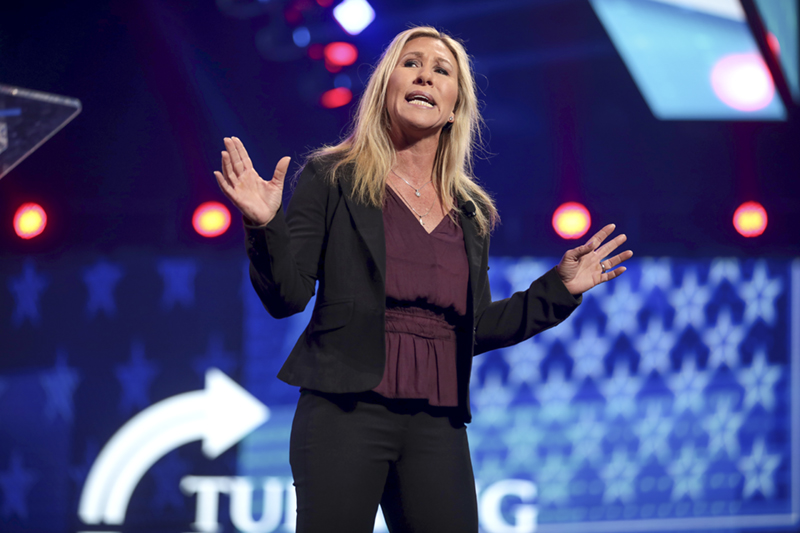 Georgia Republican Congresswoman Marjorie Taylor Greene told supporters at a fundraising event that the potential of overturning marriage equality has become more likely due to the makeup of the U.S. Supreme Court.

Speaking at an event on Oct. 5 held by the America First Warehouse in Ronkonkoma, New York, Greene was asked about Obergefell v. Hodges, the landmark 2015 court decision that overturned all existing state-level bans on same-sex marriage.

According to LGBTQ Nation, the questioner expressed elation over the Supreme Court's recent decision overturning the 1973 Roe v. Wade decision that established the federal right to obtain an abortion, which allowed state laws banning or restricting the practice to come back into effect.